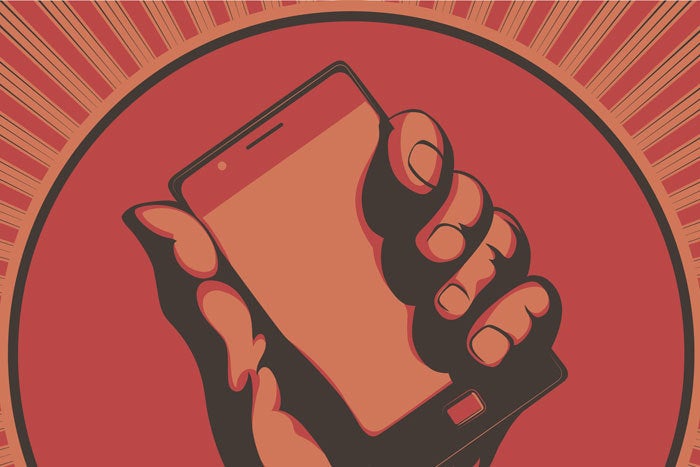 Companies are asking why the enterprise applications that their employees, customers and partners use every day can’t be as simple and intuitive to use as the apps on their smartphones.

In fact, corporate IT is already taking many cues from mobile consumer apps for improving user experience and speeding development of business applications.

It’s working. By focusing development on specific tasks, enterprise developers are producing apps faster while using fewer IT resources and less code. Even better, the simplicity and ease-of-use of the apps — little or no training required — can make them less intimidating for users.

Complex, confusing enterprise applications can disenfranchise employees, but high costs has made it difficult for some companies to make a business case for simplified, easier-to-use applications, according to Michael Beckley, CTO of Appian, which provides an app-development platform.

“If you build an app for $50,000, what about updating it every year for each operating system — iOS, Android?” he says.

That started to change about four years ago when companies began to take a mobile-first approach, something companies were already doing for customer-facing, Web-based apps. “[That approach] initiated a different take on app development, targeting how to align employees with the customer experience,” Beckley says.

Any seasoned project manager tell you that user resistance is one of the biggest reasons why software deployments fail. People naturally tend to resist change, whether that change is as simple as a new user interface or the introduction of a new application.

That’s the situation that the IT team at the University of South Florida (USF) faced when it was tasked with developing software to replace a paper-based process. To make matters more challenging, the success of the application would depend on the reaction of a particularly unruly group of users: students.

Advisors and faculty at USF’s College of Public Health were collecting information from students about their preferences for class assignments using a multi-step paper checklist. The process is similar to any other in an enterprise that requires a series of hand-offs and approvals. Students would fill out a form with checklists that they would then have to copy, sign and send to different departments. It was time-consuming and error-prone. Administrators and faculty worked with the tech staff at USF to develop an app that students would use to input their selections, and then automate the distribution of that information.

“What we did with Appian was to combine that all into one simple screen,” says Sidney Fernandes, CIO at USF. The university built the app using the Appian Platform, which includes low-code design tools, pre-built connectors to other systems and native mobility so the apps will run on any device. The app reduced the time it took for students to select and register for classes from two weeks to two days, while cutting down on overhead associated with managing the paper process.

[ Related: How to create enterprise apps employees want to use ]

Fernandes says that his team had two objectives when developing the app. First, it had to be accessible to students. Second was to fail quickly and figure out the pain points of using the app. They needed to ensure that advisors got the information when they needed it and that the app integrated well and presented student data in the tools that other stakeholders already used.

“Faculty want to teach and do research,” Fernandes says. “They don’t want to interact with another system.”

USF took a methodical approach to assessing how it would develop the app. It first considered custom development, but decided to go with the Appian platform in part due to reduced costs from being able to develop faster. The team was surprised to find that the project did not turn out to be especially difficult.

“A lot of things were not complex to develop,” Fernandes says. “It was mostly integrating data and automating the process.”

An eye toward development culture

Fernandes’ team also looked at the university’s culture and how it developed applications. This was important because they knew this project would not be a one-off, and they wanted a platform and approach that worked in their environment and allowed them to “make sure [an app] works and then go to the next app,” Fernandes says.

One of those next apps helps medical students sign up for the lottery process for the hospitals where they conduct their residencies. Med students must enter multiple criteria and preferences, and then their forms are routed to various locations. The new app has cut the time to complete the process from three months to a few weeks, according to Fernandes.

Further down the road, Fernandes sees his team building apps to take advantage of the internet of things (IoT). For example, washers and dryers on campus might alert students when they become available or have finished with their laundry. Fernandes also sees opportunities for mining and analyzing the data generated by students using apps to help advisors and faculty become more effective.

For higher education, one of the most important performance metrics is student completion rate, or the percentage of students who graduate. While it’s too early to know for certain if USF’s app is improving completion rates, Fernandes says that anecdotal evidence suggests that it is helping. Use of USF’s app makes it easier for students to sign up for assistance, and in the future, Fernandes hopes to apply predictive analytics to flag students who might need help before they get too deeply in trouble.

Self-service that employees actually use

Not just students, industry officials say. That advice extends to employees and other stakeholders, as well.

“The user experience outweighs everything else that we do with application development, whether it’s in-house or off the shelf,” says Onyeka Nchege, CIO of Interstate Batteries. “When it comes to adoption, you want an app that people will use and stick with. The last thing we want to provide is an app that employees, customers or partners don’t use because it is cumbersome or tech heavy.”

Interstate’s approach to app development began a few years ago with the mission of modernizing its technology, broadly. Nchege says that the 64-year-old company, the nation’s leading battery-replacement firm, had under-invested in tech and determined that it was time to replace its core systems, including human resources. For that, Interstate chose Workday.

“Workday was a big piece for our first foray into providing self-service apps,” Nchege says.

[ Related: How to get IT and HR on the same page ]

Before Workday, employees who needed to modify their personnel or benefits information had to submit the changes on paper. That information would then be keyed in manually. Now, employees make those changes through an app that directly updates the core system. Nchege describes the response from employees to the new app as “overwhelmingly positive.”

Interstate’s human resources team is also seeing the benefits. Not only are they now more productive from no longer keying in employee information, apps developed through Workday have allowed them to automate many other processes they had been doing manually. Even simple things like giving executive assistants the ability to look up employee birthdays without manually maintaining a spreadsheet has boosted productivity.

Part of Interstate’s success is due to the fact that developers took the time to understand the people who would be using the apps and the tasks that they performed. Workday supports this approach by creating user personas, according to Joe Korngiebel, senior vice president of user experience at Workday. “Personas humanize the end user: ‘Meet Travis. He’s a recent grad, likes Uber, and grew up a digital native. Sarah is a first-time skipper, her first foray into management,'” Korngiebel says.

Korngiebel explains that creating these personas puts app developers in “a much better place” by providing a human context. Developers can better visualize how the end user will apply the app. Workday currently provides 14 primary personas that its customers can use as is, or modify for their needs.

Korngiebel places a lot of emphasis on the need for design thinking. In his rubric, design thinking entails gathering all the stakeholders together to understand the processes, how the apps might enable those processes, and what absolutely needs to be in the app. The ability to conceptualize how the app works and will be used is critical to keeping it simple and effective.

Interstate Batteries took this kind of approach when deploying its HR apps through Workday, and Nchege recalls that it was the most time-consuming part of the deployment process. “You want to get to the personal level where lines blur between consumer and enterprise software,” Korngiebel says. “That’s just good software.”

Easier collaboration between business and IT

Another advantage of an app-based approach to development is better collaboration between the business units and the IT department. A strong focus on a single task can help clarify the requirements of the project and keep its scope from spinning off course. It can also help to cater to a single segment of business users to avoid negotiating requirements with other divisions in the organization.

As the app is being built, a platform like Appian can accelerate the development and testing process. “Business and IT can collaborate within the Appian environment to make changes and to move faster,” Beckley says. “IT can implement more complicated integration, advanced analytics and more sustainable ways to empower users.”

One concern about building smaller, more focused apps is that it could be more difficult to manage and secure them. That doesn’t have to be the case, however.

“IT can still govern and control who has rights to build an app,” Beckley says. Platforms like Appian provide authentication and governance capabilities, and apps typically access a single common set of data. They also provide tools to integrate with core ERP and database systems and sandboxes to test that integration safely.

Appian has seen both business and IT embrace the low-code app approach. “IT and business are on the same page,” Beckley says. “Low code requires the least amount of professional services up front, and in many cases apps take only weeks and days to get up and running.”

It’s difficult to estimate the actual ROI of building simpler, consumer-like apps for the enterprise, but that might not be necessary to get approval for a project. Managers at both USF and Interstate Batteries valued the idea of maximizing user adoption, and they could relate to the mobile app analogy. The hard ROI became clearer once implemented, as they could then measure actual productivity gains.

[ Related: Why you should always estimate ROI before buying enterprise software ]

Korngiebel sees the trend toward simple, consumer-inspired enterprise apps as a necessity, given the digital transformation going on in many companies. Much of that is driven by a changing workforce.

“Millennials grew up with the ability to get answers in the palms of their hands,” he says. “Improved retention rates, recruiting efforts — [there are] all type of ROI, but it doesn’t matter if people aren’t using the app.”

Michael Nadeau is a senior editor with CSO Online. He has been a publisher and editor of magazines, books, and knowledgebases that help companies get the most from their ERP systems.