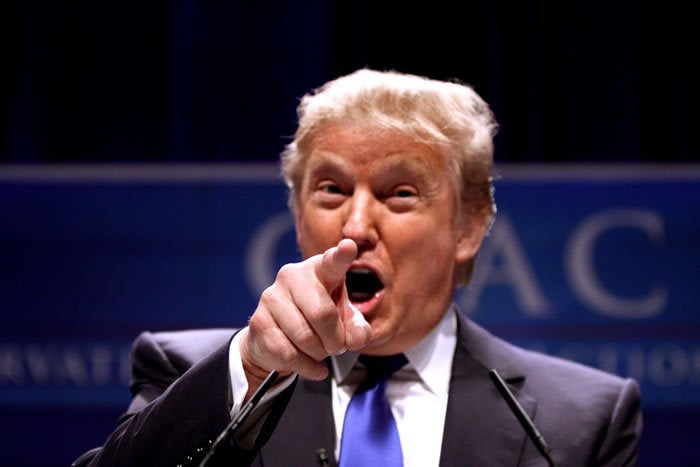 In November, I wrote how one might use a method for measuring CEO success in order to measure President Trump’s progress. I intended then, and still intend, to revisit this to assess his progress.   However, there is an aspect of a political leader like a President that most CEOs don’t have to deal with and that is there if virtually no way to truly train to be a President.

Now there are similar elements but for someone like President Trump with no real political experience the closest comparison would be Marissa Mayer at Yahoo, which clearly isn’t ending well. She had no CEO experience, wasn’t mentored into the job, and came from outside of Yahoo. She started not knowing who she could trust and, because she came from a very different area, bringing people she trusted out of Google to build that initial trusted team.

[ Related: How a CEO assessment model might predict Trump’s success or failure ]

In short, you start with all eyes on you, no idea who you can trust, and no idea what the extent of your power is. It would be like if the Royal Family for some country died and someone showed up at your doorstep saying you were the next in line for the throne. If you’ve watched Game of Thrones that actually seems to happen a lot, and the poor sap that got the job tends to die pretty quickly largely because they get the authority and responsibility mix wrong. So, your first operational step should be to establish a baseline and then build and assure that the authority you have is both what you need and what you can depend on.   That may be what Trump is doing.

Trial balloon for a coup

What got me started on this line of thought was an interesting post from Yonatan Zunger, a well-regarded Google engineer titled “Trial Balloon for a Coup?” I’d been arguing for some time that those of us following President Trump as analysts should be spending more time on why the President was doing things than on what he was doing. My friend Tim Bajarin over at Creative Strategies sent me the link to this asking if it was what I was looking for and it was darn near dead on.

[ Related: What CEOs can learn from President-elect transition process ]

Now Yonatan suggests that the method is nefarious and self-serving with the idea of a coup being bad. But, if you think about it, anyone who comes into any organization at the top bypassing succession planning and the normal pragmatic process of internal tenure to rise to the top is effectively leading a coup. Gerstner at IBM was a coup, Fiorina at HP was a coup, Mayer at Yahoo was a coup and only one out of three worked. Trump coming outside of the normal process in either party was a coup regardless of what he intended to do on the job so a process tied to a coup wouldn’t be troubling it would be appropriate.

Now, as I noted above, when you come in at the top and are missioned with changing the organization you just took over you need to know what tools you have, how powerful they are, and assess any personal danger before someone gives you a haircut starting midpoint on your neck.

This suggests you need to create a crucible where you toss in a lot of heat, toss in your likely flawed tools, hand hopefully forge something you can use. In this case, you then stand back and assess who you can trust to do what you order, who you can’t trust, who you can use, who you must eliminate, and who you can promote for greater impact.

Once done with this process you then execute a plan to build an organization that is fully loyal to you, won’t leak things they disagree with, who will follow orders, and execute. This was core to Steve Jobs turn around at Apple, he went to extended levels to ensure that dissenters were out of the company and that was a major part of how he turned around a firm that was months from failure and turned it into the strongest, from a financial aspect, company in the world in less than a decade.

Now, at the end of this process, like it was with Jobs, you’d have a leader with exceptional power and that would typically require a strong check and balance and boards have proven ineffective in that role of late. The U.S. congress is dysfunctional at best, which could lead to some severe problems. However, you might also have the ability to fix things that have proven unfixable by any other U.S. President, such as the Veteran’s Administration (VA) or healthcare cost.

So, I think that will be the measure of whether this process works this time (though I can see it’s potential). In other words, if the VA and/or healthcare costs are turned into non-problems we can then go back to this process as the likely cause. We can point to a process like this as being successful in Apple and IBM, but Government is a very different beast so we’ll see.

Overcoming the resistance to change

My grandfather who was a CEO of a petrochemical firm told a couple of jokes so many times they are burned into my memory. One is about the humane donkey trainer who starts by breaking a 2×4 over the donkey’s head. When the farmer asks what the?   The trainer says first he has to get the Donkey’s attention. Bureaucracies are very much like that. They resist change and if change is what you are missioned to do you first have to get their attention and then you have to turn the organization from one that is treading water and resisting change to one that is helping you drive it. In effect, you need an alchemist’s crucible, you need to turn lead into gold.

At Apple Jobs showcased a version of this process and at IBM Gerstner (actually it was more Jerry York) did the same. He basically turned a company that was near worthless into the most valuable firm in the world. Lead into gold. By the way we now can turn lead into gold, it sure isn’t easy, but it is probably easier than turning most bureaucrats (or tenured, sandbagging employees) into motivated agents of change.