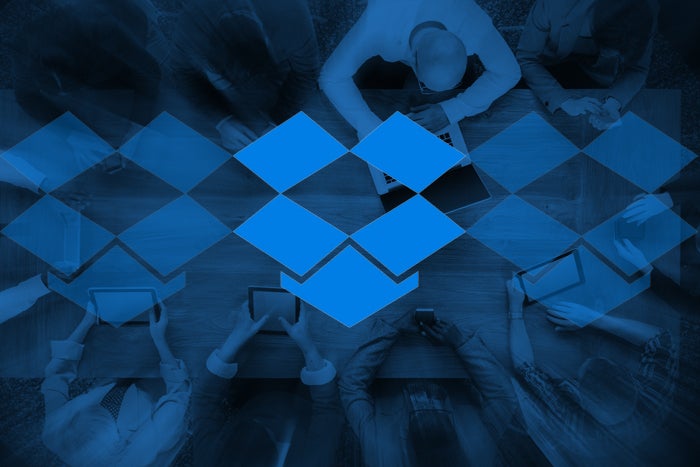 A funny thing happened as News Corp. began evaluating its enterprise collaboration strategy a few years ago. While the media organization’s 23,000 employees were using Google’s G Suite for email, collaboration and calendar applications, they couldn’t get comfortable with the company’s Drive file- sharing tool, according to CIO Dominic Shine. They simply didn’t find it user-friendly.

As Shine weighed other options, he learned that 7,000 News Corp. employees were already using Dropbox’ consumer product during work hours. An early preview of Dropbox’ product roadmap in 2014 sold Shine on the vendor, then much maligned by enterprises. He soon inked an enterprise agreement with the company to use Dropbox Business.

“We took a bet on Dropbox and got closely involved in helping them evolve their product roadmap,” says Shine, who also took a seat on Dropbox’ customer advisory board. “DropBox was very clear that they were going to put their shoulder to the wheel to develop those enterprise capabilities and that’s starting to come true.”

It’s a stark departure from a couple years ago, when CIOs were praising rival Box for its regulatory certification achievements and laughing off Dropbox for failing to accommodate enterprises. But it was Dropbox’ success with the consumer experience that helped it win News Corp.’s business, Shine says.

Give the workers the tech they want

Old-school CIOs’ balk at the notion of letting employees pick and choose their technologies, but Shine has a track record of letting the so-called consumerization trend serve as a guidepost for his purchasing decisions – so long as they properly support the broader IT modernization strategy instituted in 2013, when News Corp. separated from 20th Century Fox.

Shine and the executive team elected to prioritize cloud and mobile technologies that would enable its ranks of reporters, editors and other content producers to work from anywhere. In the past few years, Shine has embraced a who’s who of cloud providers, including Amazon Web Services, Microsoft Azure, Workday, Okta and New Relic, among others. As it did with Dropbox, consumerization facilitated adoption of all of those solutions, Shine says.

“We decided that we should absolutely listen to what the groundswell of our business users were telling us, respect their opinions … and embrace the things that they’re using while making sure that we have the appropriate controls.”

Dropbox Business has come a long way since Shine signed on. The company has added API integrations with the likes of Salesforce.com, Workday, Okta and other key News Corp. partners. On Monday, the company added Smart Sync, which let users access their files, whether they are stored in the cloud or on their computer hard drive, and Dropbox Paper, a group collaboration feature. Paper improves employees’ ability to work together, a central focus for Box, Microsoft, Slack, Facebook and other vendors targeting enterprise teams.

With Dropbox solidified as employees’ file-sharing tool of choice — though Shine says the company also uses Slack — News Corp. is migrating hundreds of terabytes of digital files and content stored on legacy systems to Dropbox. He hired cloud service provider Tervela, which specializes in completing high-speed data migrations with audit trails, to help with the task.

Dropbox figures to be one of the great beneficiaries of this growth. The company, which says it has 200,000 paying customers, revealed on Monday an annual run rate of $1 billion.