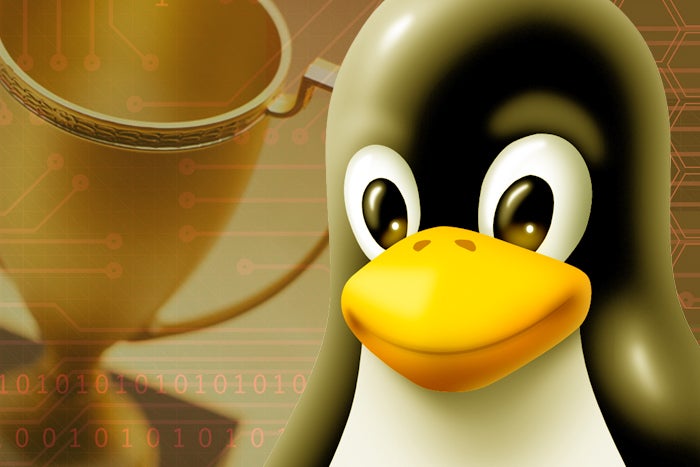 Linux has something for (almost) everyone. The goal of this article is to help you find the best Linux distro for whatever job is at hand.

Knoppix popularized the concept of the live CD of Linux that lets you run the entire operating system from the media, without installing anything to the hard drive. Knoppix played a big role in the adoption of Linux on the desktop because new users can try it without risking their existing systems. Later, other distributions adopted the concept of live mode to help potential users to test the system.

Because Knoppix is lightweight, you get a base system and may still need to install certain packages that you want to use. That said, the DVD edition of Knoppix comes with hundreds, if not thousands, of packages installed. I even found 3D modeling and 3D printing software, where else will you find that?

Knoppix is also a great distribution for rescuing data from corrupt systems; you can simply boot into Knoppix and rescue data held hostage in the C drive of a corrupt Windows partition. I don’t even recall how many systems I have rescued using Knoppix.

Knoppix can also be installed on a hard drive and be used as a regular system. Being an extremely lightweight distribution,  it’s quite suitable for really old and low-powered systems.

There are many Linux desktops that are contenders for this spot, including elementary OS and Ubuntu. But Linux Mint Cinnamon is hands down the best Linux desktop in this category, simply because it seems to be the only distribution that really cares about ‘average’ users. This is something Ubuntu used to do in its early days.

Cinnamon is a very stable and mature desktop environment that doesn’t have a steep learning curve. If you have ever used Windows, you will be comfortable with Linux Mint Cinnamon. Cinnamon has the polish of elementary OS without compromising usability for looks. It has the stability of Debian with access to a vast repository of applications, just like Ubuntu.

Major Hayden, a principal architect at Rackspace, recommends Fedora as his preferred distribution when he wears the DevOps hat. There is a reason behind his choice: Fedora is a cutting-edge distribution that offers the latest packages, including the kernel.

Unlike many other distributions, Fedora has all DevOps tools available in its main repository, which means you don’t need to bloat your system with third-party repositories and PPAs. Everything is just a ‘dnf install’ away. (Linux creator Linus Torvalds is also a Fedora user.)

Fedora introduces many new technologies to the Linux world, and as the upstream for Red Hat Enterprise Linux (RHEL), Fedora is also a great distribution if you are running RHEL servers.

The only downside of Fedora is that it has a shorter lifecycle than other distributions, but that’s the only price you have to pay to use the cutting-edge distribution of the Linux desktop world.

Richard Brown, chairperson of the openSUSE board, touts openSUSE Tumbleweed as a perfect distribution for the makers/developers of the Linux world.

In a recent interview, Brown told me that it’s not just about throwing out a few tools for someone to play with; it’s about the whole ecosystem. The openSUSE community has created many top-notch tools, most notably OBS (open build service) and OpenQA. These tools allow developers to test, build and deliver their packages. These tools are not exclusive to openSUSE or SUSE Linux Enterprise; a developer can use them to package applications for other distributions. Many major open source projects use these services to offer their applications to different Linux distributions.

Since Tumbleweed is a rolling release distribution, users don’t have to worry about upgrading their systems in the middle of a project; it remains updated all the time. However, when it comes to the rolling release model, openSUSE Tumbleweed is very conservative as compared to Arch Linux.

Best distro for the cloud: Ubuntu

Ubuntu is the undisputed leader when it comes to running Linux instances on virtual machines in the cloud. Its popularity can be estimated from the fact that Microsoft partnered with Canonical to create the Windows Subsystem for Linux, which runs the Ubuntu bash shell in Windows so sysadmins can manage their Ubuntu machines in Azure.

Canonical also created Ubuntu Core, a minimalistic OS with transactional updates that has a great use-case in the cloud.

RHEL (Red Hat Enteprise Linux) and SLES (SUSE Linux Eenterprise Server) are tied as leading distributions when it comes to enterprise servers and datacenter. SUSE and Red Hat have both played a critical role in making Linux a success story in the enterprise market. The world’s supercomputers run on Linux, stock exchanges run on Linux, giants like Amazon, Google, Facebook all run on Linux.

And both SUSE and Red Hat are not limited to server OS, they are also big players in the private cloud and are aggressively developing technologies to serve those customers.

Debian remains a dominant distro when it comes to web hosting or running your own server to host open source services like Nextcloud or Kolab groupware. Debian is the mother of Ubuntu and it’s the most stable distribution out there. Since it’s available free-of-cost, you don’t have to pay a dime to run it on your server.

It’s not just individual customers running it; web hosting providers also lean towards Debian when they offer managed or shared web hosting. There is a huge user community so if you do come across a problem, the solution is already there and is only a Google search away.

There are many lightweight distributions available for Raspberry Pi, including Arch Linux, openSUSE Leap and Ubuntu. I have tried every distribution out there for the Pi and I ultimately decided on the Debian-based operating system Pixel/Raspbian because there is a huge software ecosystem around it. Almost all Raspberry Pi projects are built around PIXEL so if you need any support or if you come across a problem you will find fixes immediately. If you are using any other distribution, the lack of users leaves you more or less on your own.

I have written extensively about lightweight Linux distros for old hardware. I heavily recommend Knoppix, but the best bistro for you really depends on how old or underpowered your systems are. Take a look at what compromises are you willing to make, because as you strip down a distro you also lose some functionality and features. I am taking an unorthodox view and suggesting Knoppix. Try it and see how it works for you.

If you are a Plasma user like me, then look no further than KDE neon. It’s created by Jonathan Riddell, the founder of Kubuntu. Let me make one thing clear, neon is not the official KDE distro. It’s just another KDE project, and they have a lot of projects, including non-linear film editing software, image editing software and much more.

Being a KDE project, neon focuses on offering the pure Plasma experience without polluting it with patches and customizations to integrate it with the distro. You also get the latest KDE package immediately. Neon was the first distribution to get Plasma 5.9, openSUSE Tumbleweed followed.

Another advantage of using neon is that, because it’s a KDE project, more KDE developers work on it, which means you will get the most stable Plasma experience on neon.

Fedora is the best distribution to get an out-of-the-box Gnome experience. The reason is that most Gnome contributors come from Red Hat/Fedora. Gnome is also the default desktop environment of RHEL, which means it’s an enterprise-grade product. Fedora is also the distribution that introduces many new Gnome technologies.

Fedora was the first distro to offer Gnome Boxes (a virtualization solution) and Gnome Software, an effort to offer a consistent software management solution across Gnome distributions.

Android is a very versatile operating system and is used on a variety of devices, including smart TVs, smart watches, media streaming boxes and many more. You can even use it as a desktop OS. You heard me right. If you want to run a Linux-based operating system on your PC and access millions of Android apps, services, games and more, then Remix OS is the best operating system out there.

Remix OS is a customized version of Android that’s fully optimized for desktops. It comes with a huge number of drivers and binary blogs, which means components like WiFi, Bluetooth and touch screen will work out of the box.

Unfortunately, due to these non-free components, Remix OS is not a fully open source operating system, only the Android-specific components are open source. It’s also an incredibly lightweight distro so you can run it on old hardware.

If you are someone who wants complete control over your operating system, then look no further than Arch Linux. It’s my favorite Linux distribution that you install from scratch, which means you choose every component of your operating system, such as window manager, desktop environment and, of course, applications.

Arch Linux is a rolling-release distribution, which means you are always running the latest packages; no need to reinstall to the ‘newest’ version.

Just bear in mind that there are no shortcuts with Arch Linux; you have to compile packages manually over the command line. I have written a very comprehensive guide for Arch Linux, have a look at it.

Tails Linux is the undisputed leader when it comes to privacy and security. I won’t use Tails Linux for everyday use, but it’s the only distro that I will use when I am working on something sensitive. Check it out.

These are some of the best distributions out there, in my opinion. For better or for worse, the Linux world is full of distributions and there are passionate people who like ‘their’ distributions over others. Let us know which distribution you prefer for your own use case and why.