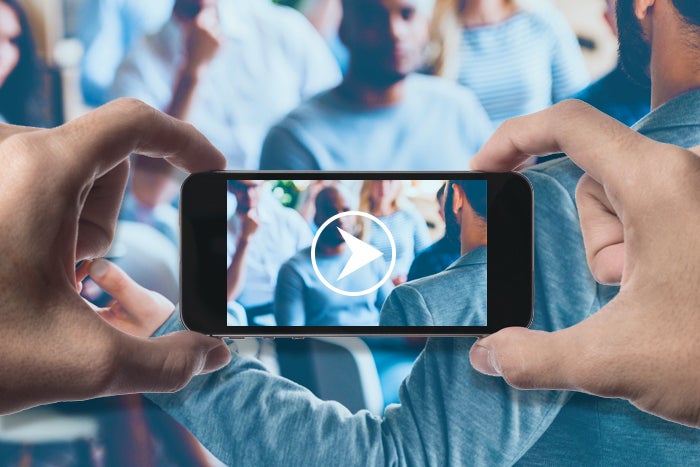 When Pittsburgh Steelers’ wide receiver Antonio Brown broadcast his coach’s postgame locker room speech on Facebook Live last month it created a distraction and senseless controversy that followed the team the week leading to its loss to the New England Patriots. Brown apologized after he was admonished by his coach, but the damage caused by his negligent use of a livestreaming service was already done.

The episode was a well-publicized reminder that seemingly innocent activities on social media can pose real threats in the enterprise. Livestreaming is advancing as one of the core features of social media and analysts say IT professionals need to pay attention to the unique challenges it can impose on their organization.

Live video is also a powerful asset for businesses because it allows enterprises to flatten their organizational structure by allowing employees to communicate on the same level, according to Forrester analyst Nick Barber. “Video is a great way for companies to drive a collaborative and encouraging culture,” and it’s becoming an important tool to recruit and retain talent, he says.

“I think innately a lot of people want to use [live video] for good,” Barber says. “Companies are going to have to grapple more with the careless employee than the one that’s being malicious… The best approach is to be more open than closed.”

Enterprises generally use video to communicate live or on-demand, and they apply different policies to videos intended for internal and external eyeballs, according to Adam Preset, research director at Gartner. “If individuals stream live video from a consumer app, that’s instant with no mediation directly to an external audience,” he says.

“It has to be very clear whether they’re acting as private citizens or whether they officially represent their organizations,” Preset says. “Live video gives you a captured moment in time and motion. A social media policy that’s too narrow may not be crafted to make guidelines about video clear.”

[ Related: Facebook, Snapchat and the future of live video ]

Organizations can prevent headaches if they develop clear guidelines and addresses live video in a way that aligns with the interests of the enterprise, according to Preset. “Preserve a boundary that respects the individual’s ability to take advantage of a newer medium,” he says. “Workers need to develop those skills. Experiences from their lives as consumers will inform their use of video in support of the enterprise.”

Live video can be much more problematic than other mediums because it’s raw, almost impossible to take back and has the potential to reach a global audience. “Once live video is out there, especially on a consumer platform, it’s probably out there forever,” Preset says.

“It’s almost impossible to censor, control or pull it back in any meaningful way. It only takes one person with the right reflexes to capture a copy before deletion, even on ephemeral video platform,” he says. Unfortunately, some companies and consumers are still under the mistaken impression that they can prevent video from being recorded.

Live-streaming video can potentially expose corporate secrets, the layout of a floor plan or other proprietary data that can harm an enterprise, according to Barber at Forrester. “Maybe at the highest level of security there is a way to shut down these applications, but most enterprises aren’t doing that,” he says.

If there are any distinctions to be made between different platforms, scale of reach should be a top consideration, according to Preset. “For example, if Periscope reaches 2 million people daily versus Facebook reaching two billion, that’s a lot of potential video views for a good or bad message,” he says. “You might be even more worried about the idea of Snapchat’s 10 billion-plus video views per day.”

Platforms like Facebook Live, which enable you to broadcast live to unlimited viewers, should be under greater scrutiny because its reach, Barber says. “Those platforms that allow the one-to-many broadcasts are the ones I would put in the top tier of threat level.”

Still, most businesses aren’t moderating or policing video content, according to Barber’s latest research on live video in the enterprise. “Employees aren’t hiding behind their anonymity,” he says.

“The company can give the employee the rope, but it’s up to them to hang themselves,” Barber says. “If they want to do that and damage their reputation by posting something that’s either out of line or illegal or unethical, then that’s up to them to do and they’ll have to face the consequences. By and large, the vast majority of employees play by the rules.”