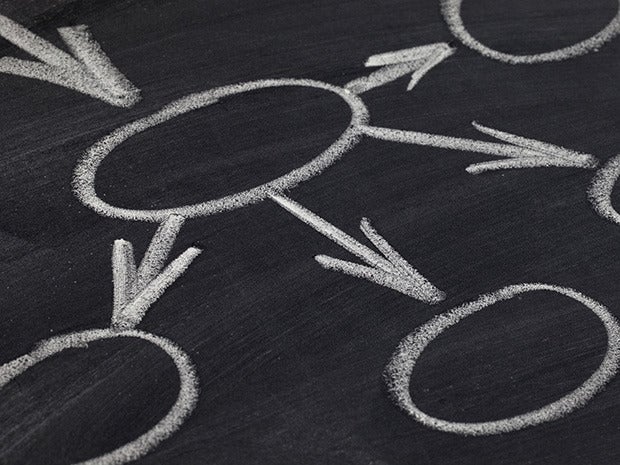 During the past few months, Nintex, the workflow and content automation company, deployed the newest version of its platform, Nintex Workflow Cloud, which now provides workflow as a service. The rollout entailed working with distribution partners and customers to test and migrate parts of their process automation to the cloud. Now, Nintex Workflow Cloud is up and running, giving customers better ways to design workflows for greater operating efficiency.

Until recently, the company’s platform was delivered as a package that ran “on premise” at a customer site. An important distinction between the old version and the new one — aside from where the software runs — is that the on-prem version functioned essentially as a designer for Microsoft SharePoint while the cloud service is agnostic toward the underlying tools and has a broader set of functionality. Nintex Workflow Cloud, acting as a platform to build workflow apps, bridges to Microsoft products like Office 365, OneDrive, and SharePoint, but also to cloud services like, Salesforce, SAP, NetSuite, Box, Dropbox, Workday, DocuSign, ShareFile, Adobe, Twitter, Yammer, Microsoft Dynamics CRM, LinkedIn and Facebook.

Many partners and customers have been trying out the new software, and early assessments indicate that they like what they’re seeing. Not a few cut their workflow eye teeth on SharePoint, but are now finding that, increasingly, they need to connect to other services. Nintex Workflow Cloud lets them do that easily.

Henning Eiben, CEO at Busitec, a consulting company based in Münster, Germany, says, “Now, we’re free to use all the systems we need. We’re not bound to SharePoint anymore. As a consultant, I’m really happy with all the connectors being added. If a customer wants to go from, say, DropBox to OneDrive, we just change connectors and stick with the same workflows. That’s compelling. It’s a managed service. I don’t have to maintain it, update it or add new features, actions and connectors. There have been a bunch of new connectors lately. That’s pretty awesome.”

You might wonder about a corporate strategy (Nintex’s) that supplants the product of a major supplier (Microsoft), but the relationship is subtler than that. Yes, Microsoft loses some SharePoint licensing revenue if Nintex is deployed in a situation where the databases come from, say, Salesforce, Dropbox and SAP. But Microsoft gains cloud services revenue when Nintex — to accommodate growing demand for Nintex Workflow Cloud — takes on more capacity at Azure, the cloud infrastructure on which Nintex’s cloud services run. So, it’s a mixed bag for Microsoft, with potential gains in Office 365, OneDrive and the aforementioned Azure offsetting potential declines in SharePoint. This balance encourages everyone to play nice.

Sathish TK, director of digital innovation at Neudesic, winner of the 2015 Microsoft partner of the year award, thinks “NWC represents a huge opportunity.” Born in India and educated in Texas in engineering, he has worked with Nintex for more than three years, specializing in enterprise architecture.

Founded in 2002, Neudesic has a development center in Mumbai and offices in Hyderabad and Bangalore in India as well as 12 offices in the United States. Now, in a consulting role, it specializes in the digital transformation of enterprises. The 900-person firm fields its own enterprise and legal products. It prefers long engagements to one-off projects. TK notes that Neudesic’s customers tend to be big, but range in size from $250 million to $5 billion, with a sweet spot a notch above $2 billion, a girth at which companies invest heavily in technology but are still flexible enough to implement major new projects.

Nintex is vital to Neudesic’s approach to digital workplace transformation. The company has around 100 professionals skilled at Nintex, 30 of which are certified to do deeper development and administration. “We call them Nintex Ninjas,” TK says. “More customers are moving toward cloud,” he notes, indicating that Microsoft, its partners, and others are all moving to cloud services at once in a kind of harmony.

Neudesic is accustomed to working in a hybrid environment — with some assets on premise and others in the cloud. TK says that a typical engagement involves a company with existing on-premise systems seeking to put new workflows in the cloud.  Right now, he estimates that about 70 percent of his Nintex installations remain on premise while 30 percent are already in the cloud — but keep in mind that Nintex’s cloud platform has been in production only a few months at this writing. That is a tremendous endorsement. He estimates most existing on-premise clients will probably move to the cloud within the next few years.

“New initiatives are all cloud, or at least hybrid,” TK says. “Nintex Workflow Cloud is active in our rotation.”

Another Nintex partner, Provoke Solutions, founded in New Zealand with offices in the United States, has also worked with Microsoft for a long time. Brendon Ford, Provoke’s chief operating officer, shrugs off any potential Microsoft conflict.

“It’s the not old days, when if you didn’t have a Windows phone, you were a bad partner,” he says. “We’re using their core offerings, Office 365 and Azure.” But increasingly, he notes, Microsoft’s software and services will be integrated with those of other vendors in Provoke’s customer installations.

An early and profitable example of such integration is iCap Equity, for which Provoke set up Nintex Workflow Cloud to tie together disparate systems. iCap provides what it calls “preferred equity” for real estate development projects in the U.S. Pacific Northwest. The company uses both Microsoft Dynamics CRM and Box.com to manage its projects, dozens of which can be in the air at any given time.

As iCap entered into a period of growth recently, the increase in deal volume threatened to swamp existing workflow processes, which involved lots of manual steps. Provoke designed a fully automated workflow.

A key process that needed reengineering was the project-monitoring site visit. Each month, a development manager undertakes 40 to 50 such visits, taking photographs and notes on each, and needs an easy way to keep the information for each project up to date and in its own bucket.

Jim Christensen, chief operating officer at iCap, put it this way: “Previously, we had to take pictures and then come back to the office, download them to our computers, and put them in the right spots. With Nintex, we’re able to take out a lot of the repetitiveness, and have it done through a workflow.”

Provoke created a mobile application to capture site images and notes on a cell phone. With one click on the phone, Nintex Workflow Cloud kicks off a business process in the background that delivers the photos and data to the correct repositories and systems of record.

About the automated process, Francis Rzegocki, an iCap development manager, says “The change from three or four apps down to one has been huge. It has cut the time about in half from what it used to be.”

The picture emerging in the early days of Nintex Workflow Cloud is one of rapid technology adoption. With respect to everyone’s move to the cloud, Nintex is right in the curl of the wave. The whole industry is moving at once. Everyone benefits from the flexibility engendered by a cloud solution based on standard protocols, and Nintex is right there with the technology bridge to pull together the disparate databases that its customers rely on. Add to that its mobile emphasis and easy drag-and-drop interface, and it’s pretty clear that Nintex Workflow Cloud is going to fuel the next phase of Nintex’s financial growth.