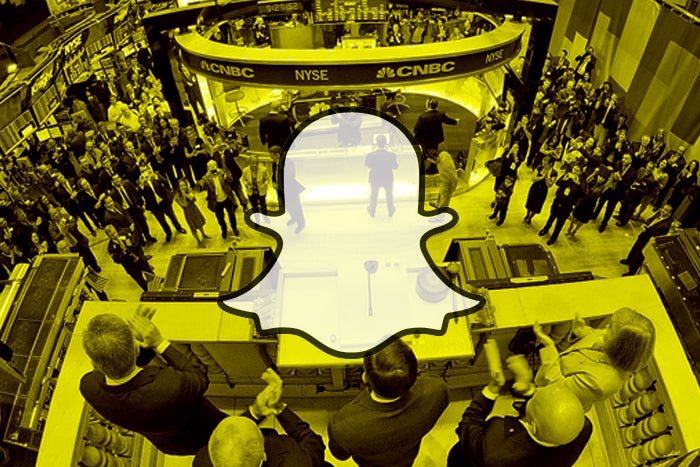 Snap, the maker of Snapchat, is no longer shrouded in mystery. The company filed its long-awaited S-1 and revealed many unknown details about its financial status. Snap hopes to raise $3 billion next month in an initial public offering that could value the company at $20 billion to $25 billion.

The company disclosed an array of achievements, liabilities and enduring challenges. These are the five most surprising and illuminating details Snap shared as it prepares to hit the road during the coming weeks to generate interest from potential investors.

Snap was founded in 2011, but made no attempts to earn revenue until it sold its first ad in late 2014. The company earned $58.7 million in revenue in 2015 and recorded revenue of $404.5 million in 2016. The ramp to revenue has been quick — it jumped by more than 6 times in 2016 — and every indication suggests the company will continue growing its ad operations to drive more revenue in the years ahead.

[ Related: What Snap can learn from Twitter ahead of its IPO ]

2. Snap is burning through cash

Snap has yet to turn a profit and its operational costs, including cost of revenue, have hampered the company’s ability to achieve meaningful progress on that front. The business incurred a net loss of $514.6 million last year and $372.9 million in 2015. In the risk factors section of the S-1, the company wrote: “We have incurred operating losses in the past, expect to incur operating losses in the future, and may never achieve or maintain profitability.”

Snap has committed to spend at least $2 billion on Google’s cloud infrastructure during the next five years, including a minimum annual payment of $400 million. “We rely on Google Cloud for the vast majority of our computing, storage, bandwidth and other services,” the company wrote in the filing.

“Any disruption of or interference with our use of the Google Cloud operation would negatively affect our operations and seriously harm our business.” The company said there are no alternatives for some of the services provided by Google and transitioning to another cloud provider would be “difficult to implement and will cause us to incur significant time and expense.”

[ Related: Snapchat’s Groups let you chat with 16 friends at once ]

4. Rate of user growth declined throughout 2016

Snapchat has an average of 158 million daily active users (DAU) and continues to grow its user base, but the rate of growth dropped significant during the second half of 2016. The app gained 5 million DAUs in the fourth quarter of 2016, down from 10 million in the third quarter and 21 million in the second quarter.

“If our [DAUs] growth rate slows, our financial performance will increasingly depend on our ability to elevate user engagement or increase our monetization of users,” the company wrote in the filing. “We anticipate that the growth rate of our user base will decline over time. If we fail to retain current users or add new users, or if our users engage less with Snapchat, our business would be seriously harmed.”

Snapchat borders on addictive behavior for many of its users. Snapchat’s users collectively send 2.5 billion “snaps” per day, more than 60 percent of the app’s DAUs use the chat feature to send snaps and talk with friends and 25 percent of Snap’s DAUs post to their “Story” every day.

[ Related: napchat redefined social media, but can it compete post-IPO? ]

Users also visit Snapchat an average of 18 times each day, but the level of return engagement fluctuates largely according to the age of each user, according to Snap. Users 25 and older visited Snapchat 12 times and spent 20 minutes on the app every day during the final quarter of 2016. Younger users, however, visited Snapchat more than 20 times and spent more than 30 minutes on Snapchat every day during the same period.