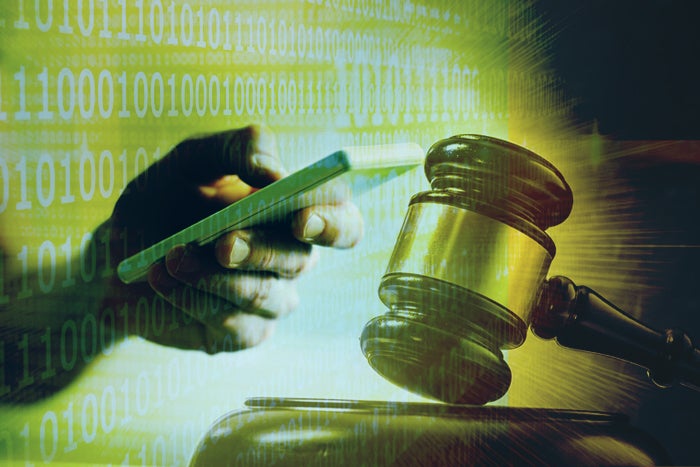 When you buy something you naturally think that — you know– you own it. But when it comes to products that contain software you don’t.

As bizarre as that sounds, it speaks to a serious issue: Consumers who buy a device that depends to some extent on software – whether it’s a Kindle or a tractor – are subject to the whims of the company that developed and sold the software.

That odd and fundamentally unfair state of affairs is why two members of Congress – a Democrat and a Republican – have teamed to reform a key provision of copyright law and give consumers the right to actually own stuff they’ve paid for.

“The point is to make sure that people’s rights stay intact in the digital space,” says Ernesto Falcon, legislative counsel to the Electronic Frontier Foundation, which is supporting the Your Own Device Act.

To understand the problem, consider these egregious examples of how copyright law doesn’t protect consumers when a product they buy software or a product containing software.

In 2009, Amazon had a beef with the publisher of 1984 and in keeping with the nature of Orwell’s dystopian novel it deleted copies of the book from the Kindles of its customers. A few years later, owners of John Deere tractors were outraged to learn they couldn’t repair them because they couldn’t access the proprietary software embedded in their expensive vehicles.

Even more befuddling are provisions of the Digital Millenium Copyright Act that for a time made it illegal to jailbreak an iPhone. That changed in October of 2015 when the Library of Congress gave jailbreaking of smartphones, tablets and smart TVs a three-year exemption. But as an article in The Verge explained at the time, “you’re still not allowed to jailbreak e-readers, handheld gaming devices, or laptops and desktop computers.”

The sponsors of the cutely named YODA bill are Rep. Blake Farenthold (R-Texas) and Jared Polis (D-Colo.) “(YODA will allow) essential software to travel with physical devices, like computers.  By modernizing copyright law in this way, a consumer can sell, lease, or give away a computer, as well as the licenses for essential software that allows the computer to operate,” Polis said in a press release.

A somewhat similar bill was introduced in 2014, but died in committee. Whether this version has a chance to succeed is far from certain. There’s liable to be serious pushback from software companies and others who fear it could lead to piracy and weaken their control over products they’ve developed.

It’s important to note that YODA wouldn’t make piracy legal. For example, a user could not download a movie or music and then post it on the Internet to sell, says Falcon. The user could, though, sell or give away the device containing that content with no penalty or interference.

Digital rights management is a complicated and somewhat separate topic, though both derive from the principles of copyright law. YODA isn’t aiming to make software free. It simply wants copyright law to reflect the reality of digital commerce and the right of consumers to use and dispose of their devices and content as they see fit.

Finally, it’s worth noting that a document you probably have never read codifies your lack of rights. It’s a called a EULA, which stands for End User License Agreement. Pretty much every piece of software you buy or download for free contains one of these as do most digital devices. When you have time and don’t mind being bored, read one of them and notice how many rights you give up when you click “accept.”

Tell your representatives to support YODA.