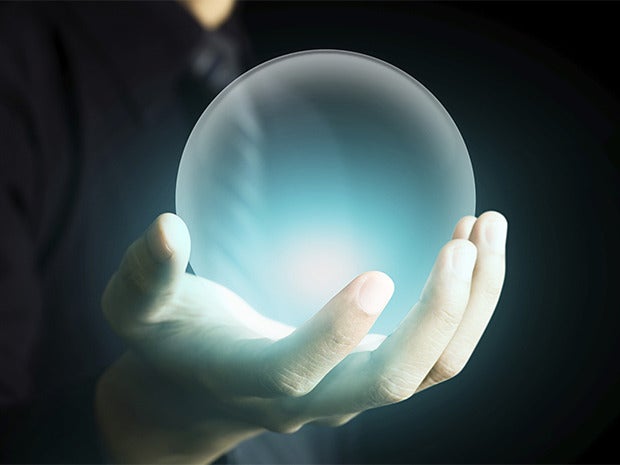 In a year that’s already been marked by uncertainty, one thing is clear: IT outsourcing customers will need to reexamine their approaches to IT services in 2017. “We see a big year ahead for technology transactions,” says Brad Peterson, partner in the Chicago office of Mayer Brown, in a recent webinar on the law firm’s 2017 predictions for the IT and business services space.

There are big changes afoot in a number of areas — from a political climate that threatens to reshape the already shifting global IT services industry to new data protection and privacy regulations and the drive to extract more value from data to the widespread adoption of new digital technologies to a revolution that’s begun in the more rapid delivery of software and other systems.

Mayer Brown brought together four leaders from its technology transactions to explain what they’ve been seeing in the areas of IT outsourcing, data and privacy, digital services and software development, and what IT leaders can do to best prepare for the changes this year is likely to bring.

This year is proving to be a time of great uncertainty both in the U.S. and abroad. “This may be one of few times when traditional outsourcing is actually directly affected by the political climate,” says Daniel Masur, partner in Mayer Brown’s Washington, D.C. office.

In the U.S., the new administration is promising major changes in trade agreements, regulations, corporate taxes and visa policies in the name of retaining American jobs, which would impact outsourcing models built upon the benefits of labor arbitrage. “The Brexit vote; looming elections in the Netherlands, France and Germany; and the uncertain economic state of Italy and other EU countries just adds to the uncertainty,” says Masur. “Companies with existing outsourcing arrangements and those completing new ones in early 2017 will be closely monitoring these developments.”

Outsourcing customers will want to add flexibility to the IT service deals by seeking new termination rights, the right to switch locations, the right to insource, and other similar protections. However, Masur warned, providers are likely to push back insisting that these issues are customer — not provider — problems to solve.

“To some degree these political changes may well accelerate the move to sourcing models offering cost savings not based on offshore labor arbitrage such as cloud services, robotic automation and utility offerings. “While these sourcing strategies may result in the elimination of American jobs,” Masur says, “they cannot be attacked as offshoring jobs to foreign countries.”

The net result of the current political environment is hard to pinpoint. Some customers may accelerate outsourcing deals before any significant changes occur while others may defer outsourcing decisions pending further resolution of these issues. But IT leaders can suspend decision-making for so long, says Masur. “There is simply too much risk of a disruptive innovator taking advantage of that delay.”

Meanwhile, IT leaders are also contending with the challenges of an expanding portfolio of new and niche technology companies. “Our clients have been entering in to outsourcing contracts with an increasing number of providers,” says Paul Roy, a partner in Mayer Brown’s Chicago office. “We have every expectation that they will source services from an ever expanding list of emerging and digital technology providers.”

IT leaders will continue to encounter the kinds of extensive changes in cybersecurity and data privacy regulations that began last year, says Rebecca Eisner, partner in Mayer Brown’s Chicago office.

Since the EU-US Safe Harbor agreement was invalidated last year, companies have been scrambling to find alternative means of transferring personal data form the EU to the U.S. (The agreement had permitted American businesses to import personal data of EU citizens based on self-certification of compliance with EU data protection principles.)

A new framework called the Privacy Shield emerged last summer, but companies are continuing to assess whether to adopt the approach, Eisner says. Meanwhile, the EU’s new General Data Protection Regulation (GDPR) last year will go into force next May and will likely result in significant technical and operational changes for multinational companies and companies outside of the EU who process the personal data of EU citizens.

Russia and China also have new data localization laws. LinkedIn was blocked in Russia for violation of the Russian law last November and China’s controversial cybersecurity law will go into force in June.

U.S. federal and state regulators also continue to focus on consumer privacy and data security issues. While federal efforts will be subject to the overarching direction of the new administration, Eisner says she expects continued active enforcement and introduction of new regulations at the state level.

Companies will need to update their outsourcing relationships to incorporate these security and privacy changes. “Regulators will be watching companies to determine if they are appropriately evaluating the risks posed by vendors and other third parties, and incorporating those considerations into their selection, contracting, and ongoing monitoring of those third parties,” Eisner says. “Given the rapid pace of change, this is a good year to evaluate existing selection and due diligence processes for third party contracts involving data access to o ensure that security and privacy standard clauses are up to date.”

[ Related: Cloud services now account for a third of IT outsourcing market ]

Big data is only getting bigger, as a December 2016 report from the McKinsey Global Institute declared that volumes are double every three years. “That mirrors what we are seeing,” says Peterson, “that the biggest opportunities for the future — and the biggest margins — lie in data analytics.” But IT leaders aren’t just contracting with specialist data analytics firms for these tasks. They’re doing deals with professional services firms and technology vendors with integrated technology stacks as well. Looking ahead, data analytics will become a standard part of most contracts, Masur says.

Cloud computing took off last year. “Clients in large numbers decided the cloud was safe enough and reliable enough to support critical countering work load,” says Eisner, who predicts that clients will move even more production work to the cloud in 2017.

Meanwhile, intelligent automation delivered via cognitive computing or robotic process automation are also poised to take off. Companies will be looking to artificial intelligence capabilities to help them extract value from their big data. And RPA is beginning to transform outsourcing. “Having nearly exhausted the cost saving limits of moving work to lower cost people, customers are now demanding that IT and business process outsourcing companies focus on achieving greater cost savings by moving much of that work to machines.”

The need for software speed — and integration

The emphasis of software-related contracts will be on software integration. “As the push toward disruptive technology and digital services continues, companies will rely heavily on integrators,” says Peterson. “Someone needs to make sure all the data flows correctly among those components and processes [run] seamlessly and accurately through the software stack.” IT leaders are looking to systems integrators for this work. “There’s a tremendous challenge there, but also a tremendous opportunity to effectively use integrators to become winners in the new digital economy,” Peterson says.

The pace of business change is also fueling the adoption of agile development methods — and agile development outsourcing agreements — to achieve business value faster. “However, clients and their legal teams are uncomfortable form a contracting perspective with an approach that is often light on upfront specifications and relies more on collaboration and trust between client and developers,” Masur says.

“While cumbersome and arguably inefficient, the traditional waterfall approach to software development is easy to memorialize in contractual language because it is very linear.” Nonetheless agile agreements will increase, predicts Masur, noting that there are contractual mechanisms outsourcing customers can implement to reduce uncertainty while still reaping the benefits of more a collaborative.