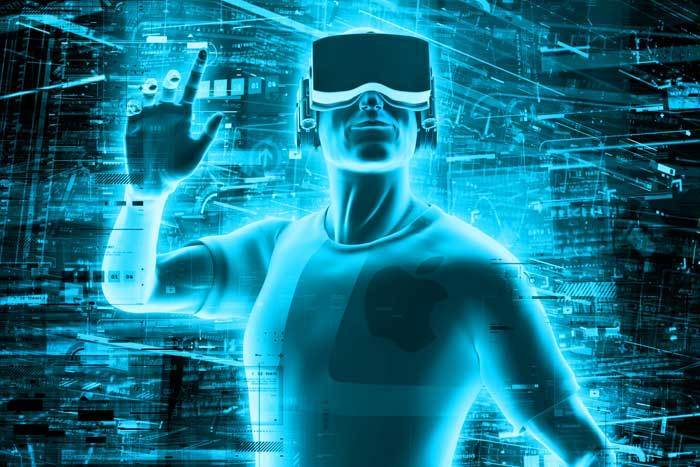 Augmented reality has a powerful ally, and apparently ardent supporter, in Apple CEO Tim Cook. The leader of the most valuable publicly traded company in the world reiterated his optimistic outlook for the future of augmented reality (AR) and highlighted the technology’s capability to layer improvements in the physical world.

“I’m excited about augmented reality because unlike virtual reality, which closes the world out, AR allows individuals to be present in the world but allows an improvement on what’s happening presently,” he told The Independent in a recent interview. “Most people don’t want to lock themselves out from the world for a long period of time and today you can’t do that because you get sick from it. With AR you can, not be engrossed in something, but have it be a part of your world, of your conversation. That has resonance.”

Cook, who is secretive about Apple’s future plans, has hyped up AR multiple times during the last year and there are other hints, such as job postings, that indicate Apple is investing in AR and at least developing product prototypes. Whether Apple eventually releases an AR product or not is another matter, but it certainly seems to be in the cards based on Cook’s latest comments.

[ Related: Tim Cook: Augmented reality is the future, and fake news is ruining everything ]

“I regard it as a big idea like the smartphone,” Cook said. He adds AR will be just as attractive on a global scale, similar to how the iPhone crosses divides in culture, socioeconomics and business functions. I view AR like I view the silicon here in my iPhone, it’s not a product per se, it’s a core technology,” he said. “But there are things to discover before that technology is good enough for the mainstream. I do think there can be a lot of things that really help people out in daily life, real-life things, that’s why I get so excited about it.”

Brian Blau, research vice president at Gartner, says he also believes AR will be a “very powerful technology, but it will take years before we see significant uptake.” While AR and virtual reality (VR) share many similarities, a form factor that mixes the real world with virtual layers is a “more compelling, interactive scenario than you find with VR, which covers your whole face,” he says.

“AR has the potential to be different than other technologies as it provides a core user experience that bring the person and their environment closer together than any other type of technology,” Blau says.

Why Apple is pursuing AR over VR

Despite massive investments from Facebook, Google and others, VR is still in its infancy with critical mass at least five years out, according to Thomas Husson, vice president and principal analyst at Forrester Research. “I think AR will offer more potential in the shorter term because it will be powered by smartphones and will offer benefits in people’s daily lives by adding a digital overlay to the reality we will experience in the physical world around us,” he says. “AR will be used in more places and for more minutes per day.”

AR is also rising on the heels of mobility, which has activated many adjacent technologies, according to Husson. “Somehow as consumers we are using mobile as a sixth sense to explore the world around us,” he says. “Creating new AR experiences on top of smartphones will be quite disruptive. If the human senses serve as effortless faculties through which we access information on the world around us, then mobile has become the sixth sense. It brings digital to consumers in their daily lives.”

Apple’s iPhone business will be a tremendous asset for the company to tap into as it pushes further into AR, according to Christian Renaud, research director at 451 Research. Apple’s large developer community is also familiar with, and generally excited to develop applications rapidly for new Apple hardware, Renaud says.

“VR, although valuable in its own right, is somewhat limited to gaming and a subset of professional applications right now, neither of which are square in Apple’s wheelhouse,” he says. “AR, on the other hand, is already present in early forms on the iPhone with things like Yelp’s Monocle feature and Google Translate’s real-time translation. What is missing is the innovative interface to display this data in context.”

Predicting Apple’s next move in AR is almost futile, but Cook’s comments paired with technological advancements and increased investment, at least suggest something related to AR could be on the horizon. “I think it would make sense for the iPhone’s tenth anniversary,” Husson says.

“By analogy with the previous industrial revolution, mobile is like electricity: Once you have access to it, it is a disruptive enabler of adjacent technologies powering more powerful innovation,” he says. “Let’s not forget smartphones are barely entering their teenage years.”