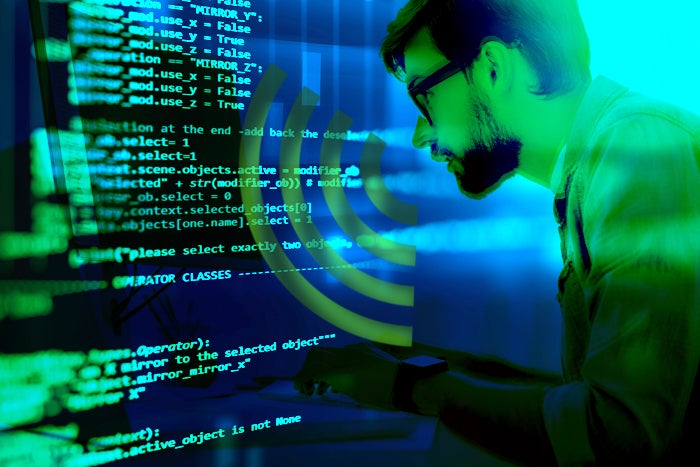 Companies embracing DevOps practices are turning to chat-based and voice-guided virtual assistants to monitor applications, provision virtual machines and perform other operations. Such tools are instrumental in keeping developers and IT operations staff on the same page as they prioritize speedier software deployment in the digital era.

“The problems you run into in DevOps is teams are distributed,” says Milan Hanson, a Forrester Research analyst who focuses on infrastructure and operations. “You can have the bot automate activities, address it in the chat like it’s another person, and it will perform what you’ve asked it to do and bring the result back into the chat channel where everyone can see it. In a crisis, when people put together a war room or a SWAT team, being able to do that virtually through a chat is a huge advantage.”

Speed, collaboration and automation are critical in DevOps, in which software engineers and IT operations professionals buddy up to build, test and ship software. DevOps teams rely on automation tools to write, test and rewrite code, quickly launching new features and scaling them back if they don’t work.

Chatbots and voicebots are particularly useful in detecting and resolving problems. For example, software engineers investigating application performance problems can ask virtual assistants who made the last code check-in rather than bug team members or search logs. In this age of ChatOps and VoiceOps, companies are leveraging platforms such as Slack and Amazon.com’s Alexa to automate such repetitive and time-consuming tasks.

Meet Davis, the Jarvis for DevOps

Dynatrace, which provides application performance monitoring software, has launched Davis, a virtual assistant that answers questions about the health of corporate software without requiring IT workers to scout dashboards. Such automation is critical as IT departments are struggling with managing the millions or even billions of application interdependencies in their organizations, Alois Reitbauer, Dynatrace’s chief technology strategist, tells CIO.com.

A user can open a speaking dialog with Davis through Alexa or by chatting with it via Slack to elicit answers to questions such as: What performance problems impacted my revenue today? Can you tell me about user activity levels? Are there any capacity issues? Were there any outages last night? While the Davis Slack chatbot is intended for IT, Reitbauer says the Alexa-enabled version of Davis is targeted toward executives who wish to request more basic performance reports from the comfort of their office.

“It’s just like you’re talking to another human IT team member, except a person would never be able to detect and bring to the surface root causes with such speed and precision,” says Jeppe Lindberg, an application performance manager at Denmark retail giant COOP who was among the first to trial Davis.

Davis is based on artificial intelligence technology Dynatrace built to make its core platform smarter in an era of cloud and microservices deployment, both key attributes of DevOps programs. “We realized a lot of our customers were already using Slack,” Reitbauer says. “We thought we would bring the monitoring tools to where people were actually working rather than make them switch back and forth (between Slack and Dynatrace).

The capability to consolidate workflows within Slack or Alexa has been appealing to many corporate workforces seeking to collaborate and accomplish tasks more quickly. By integrating Slack’s APIs, workers can access chatbots that help them order lunch, book travel and other activities. Similarly, businesses ranging from banks to waste management companies have used Amazon.com’s APIs to build Alexa skills that allow their customers to access information about or conduct transactions via their voices.

A bot for managing VMs

Tintri, a maker of storage appliances and software for managing virtual machines, is using Slack and Alexa to automate data center and cloud capabilities. Within Slack, an employee can order the “Tintribot” to spin up 500 test virtual machines and gather terabytes of production data on those VMs as the company prepares for a Black Friday rush. Using Alexa, an engineer can provision virtual machines, take snapshots, apply quality of service attributes, and provide real-time production information.

A cloud service provider in Japan created a Slack bot using Tintri’s APIs to manage virtual machines for its customers, says Chuck Dubuque, vice president of product and solution marketing at Tintri. Developers can conduct person-to-person interaction or query the bot to check the performance of virtual machines or retrieve status updates on the latest code drops.

“If you want to know who made the decision to spin up 100 VMs at midnight, why they did it and what the result was, it’s all captured within the transcript with real people going back and forth talking about the decision and then the [bot] telling you here’s the command, here’s what happened, what do you want to do next,” Dubuque says.

At Salesforce.com, the ChatOps and VoiceOps concept is making its way into the mainstream workforce, where employees are testing Slack and Alexa to interface with Concierge, the corporate search tool, says Sarah Franklin, senior vice president of developer relations.

Employees can message Concierge via Slack or chat with it through Alexa to retrieve information about their benefits or log trouble tickets to resolve issues with their laptops or mobile devices.

“There’s so much potential for that in front of us with all of these mediums with voice and chat,” Franklin tells CIO.com. “It helps content discoverability, it helps translate requirements and helps end users have easier experiences for interacting with systems,” Franklin says.

Hanson, the Forrester analyst, says those wishing to start using ChatOps or VoiceOps should pick a small team, preferably within IT, before incorporating staff from HR, sales and other functions.

“Creating champions within each of these groups will help facilitate cross-functional collaboration and wider organizational adoption,” Hanson wrote in a research report published last month.