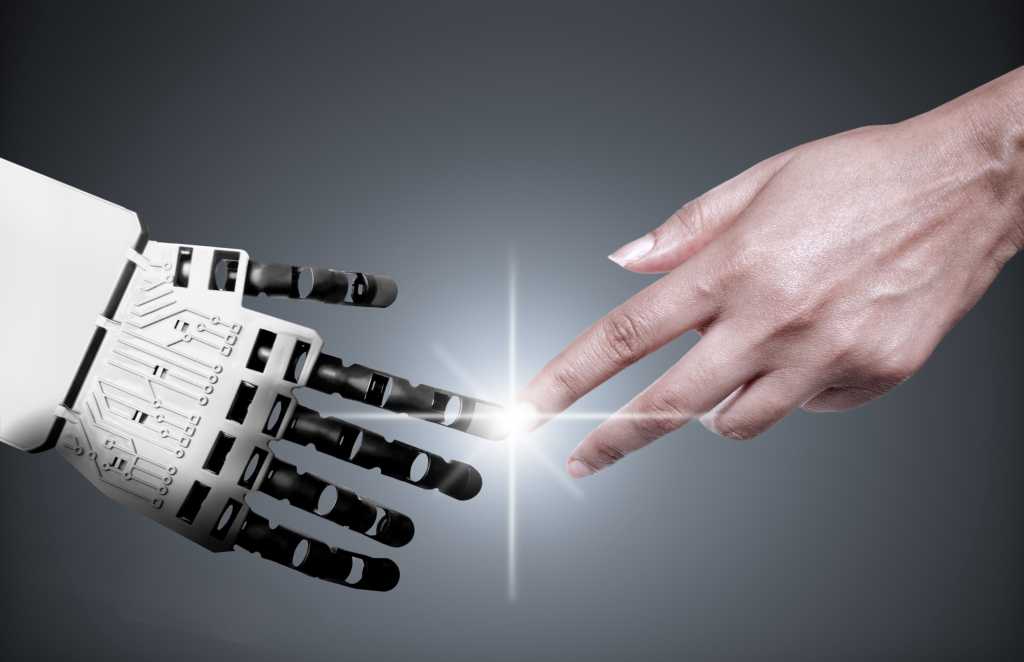 Dean Mazboudi has been leading Deutsche Bank’s Innovation Lab in New York for two-and-a-half years, spending his days assessing and experimenting with a host of emerging technologies that could meet the company’s evolving demands. Robotic process automation (RPA) is one technology, he says, that’s proving beneficial to increasing efficiency and effectiveness for back- and mid-office processes.

Basic rules-based automation has been available for years, but advancing RPA tools —particularly when coupled with cognitive capabilities — are now able to transform work that’s still paper based or performed manually. “We have a high volume of manual transactions that are repetitive in nature,” Mazboudi says.

“That represents a significant challenge for us and for a lot of banks.” The company has been involved in ongoing efforts to modernize systems and processes—options like new software packages or workflow modernization tools. But those deliver “incremental change at a very large cost that takes a long time to deliver,” Mazboudi says, “leaving, in the short term, an abundance of activities where manual handling of core business processes still occurs.”

RPA can automate work in functions trade finance, cash operations, loan operations, and tax, to name a few. “In every area we’ve experimented in we’ve achieved good value,” Mazboudi says, anywhere from 30 percent to 70 percent automation. That not only makes the bank more productive, it also improves quality and decreases risk as machines make fewer errors.

[ Related: Robotic process automation – Will you be a leader or a laggard? ]

RPA has also helped decrease the time it takes to train employees. In loan operations, for example, it can take six months for an employee to work at full capacity. What’s more, the turnover in those roles is extremely high because the work can be tedious.

“By teaching a machine that set of tasks—having that knowledge encoded through robotics and cognitive computing—that knowledge is available to humans to augment their skills and accelerate the onboarding process,” Mazboudi says. The automated system can guide employees through their day-to-day work.

“We really look at it as augmenting our workforce by making this encoded intelligence available to them,” says Mazboudi. “I don’t think robots will ever replace humans. But robots will make humans more efficient and smarter.” They could make employees happier as well. Automating more of the monotonous tasks can increase employee satisfaction, Mazboudi says.

But RPA is not a quick fix. It oftentimes requires rethinking existing business processes. “Very seldom can we take a process as it exists today and just automate it,” Mazboudi says. “If there is an opportunity to modify a process to move it closer to the digital end of the spectrum, we pursue that first.” If an existing process required that a fax be received in one location, be printed out and then sent to another location where it is entered into a computer, for example, that’s not ideal. “You have to ensure that processes are properly engineered for automation,” says Mazboudi.

It’s also important to consider RPA in the context of a rapidly shifting business and technology ecosystem. “System upgrades, underlying architectures, evolving business process—all have to be considered so that effort put into automating processes is done in conjunction with others things around it,” Mazboudi says. “Anytime you’re overlaying automation onto existing systems, you have to be careful of underlying changes and be aware of what changes may or may not break the automated processes. Once [automation] is in place, you have to manage it as core systems evolve.”

Another challenge in a massive organization like Deutsche Bank is aligning the objectives of various business functions. “If you centralize the automation effort, you can benefit from that scale, but it’s hard to take that approach because priorities and incentives can differ,” says Mazboudi.

His approach instead has been to start with small, foundational RPA projects to create clear uses cases for automation. “Otherwise,” Mazboudi warns, “you’ll end up with a cottage industry of automation whereby you don’t have economies of scale. It’s very challenging.” CIOs looking for the best place to start with RPA should “follow the money,” Mazboudi says. “Ensure the use case has high return potential and commitment from the business area represented.”

RPA plus cognitive computing plus advanced analytics plus workforce orchestration

Mazboudi also warns against pursuing RPA as a standalone solution. “When we talk about RPA, it’s never RPA by itself. That’s a dead end,” he says. “Rules-based automation is short lived; that’s not where the value proposition is. It’s in RPA plus cognitive computing plus advanced analytics plus workforce orchestration.” If digital transformation is the end goal, RPA alone won’t get any company there. But it’s an enabler to achieve the level of efficiency in operations, says Mazboudi.

Deutsche Bank is particularly interested in RPA tools that incorporate cognitive capabilities and has been working with vendors like WorkFusion in this area. RPA can automate tasks based on rules, but machine learning can tackle more nuanced work like recognizing the type of document that comes in or scanning unstructured data for specific information. RPA alone can make lower-level employees more efficient. RPA plus cognitive computing can free up subject matter experts to focus on higher value activities. The next step is taking the knowledge encoded in those algorithms and making it available to employees or customers via intelligent assistants. “That’s powerful,” he says. “That’s higher in value than just RPA.”

Deutsche Bank has moved beyond experimentation and analysis to the early stages of RPA implementation. “It took a while to get our heads around the value proposition and put that in context of what need to achieve,” Mazboudi says. “It’s a new concept that, at first glance, appears to be disruptive. It takes some time to understand how best to leverage the technology.” Education and demos— part of the charter of the lab—have been critical in moving forward.

Mazboudi says RPA technology itself is proven; now is the time for IT leaders to figure out how best to deploy it. “The technology is real. You don’t have to spend too much time on experimentation,” he advises. “Find a valuable use case and pursue it.” But don’t expect RPA to solve everything, Mazboudi adds. “[CIOs should] use automation as another weapon in the arsenal along with tighter integration, better architecture, new workflow capabilities, upgraded or new software and outsourcing.”