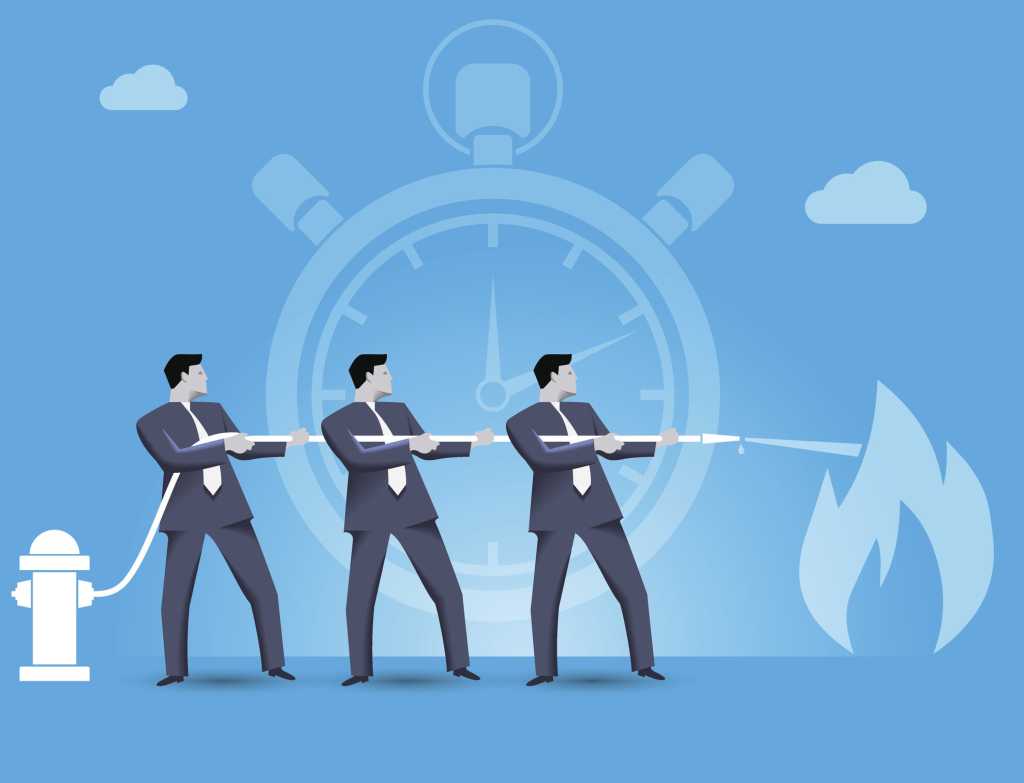 After years of stagnating IT project success rates and project failures, a new Pulse of the Profession report from the Project Management Institute (PMI) shows that success rates for IT projects are finally on the rise.

In 2013, a survey from cloud portfolio management provider Innotas (now Innotas by Planview) revealed that 50 percent of businesses surveyed had experienced an IT project failure within the previous 12 months. Three years later, those numbers had actually increased; the 2016 Innotas annual Project and Portfolio Management Survey, which polled 126 IT professionals between January and March 2015, revealed 55 percent of respondents reported they had a project fail, up from 32 percent in 2014.

This year, however, that trend is turning around. PMI’s report uses metrics and incorporates a slightly different approach to gauge the success or failure of projects. The report, which polled 3,234 project management professionals, 200 senior executives and 510 PMO directors, separates organizations into two distinct categories: Champions and Underperformers, says Mark Langley, CEO and president of PMI.

Champions are those organizations that see 80 percent or more of projects being completed on-time, on-budget and meeting original goals and business intent, and that have high benefits realization maturity. In other words, the projects deliver the promised business outcomes, according to the research.

Underperformers are those organizations that see 60 percent or fewer projects completed on-time, on-budget and meeting original goals and business intent, and with low benefits realization maturity, according to the report.

Within these categories, only 6 percent of Champions experienced projects deemed failures, compared to 24 percent of Underperformers, the research showed. Overall, all organizations reduced the average amount of money wasted on projects and programs by 20 percent compared to the previous year.

Specifically, the study found that, globally, organizations wasted an average of $97 million for every $1 billion invested in projects and programs in 2016, compared to an average of $122 million per $1 billion in the year prior. According to the PMI research, across all industries, the average percentage of projects that are deemed failures is 14 percent; the average for IT projects deemed failures in 2016 also is 14 percent, the research revealed.

What’s changed? The bottom line, according to Langley, is that organizations are becoming more mature with project management, and are focusing on benefits maturation and realization, instead of solely on cost, time and resources. In other words, there’s less focus on the means by which a project is deemed successful and more on the ends: does the project deliver the business benefits promised?

“We’re seeing this as a macro trend — in the past, organizations might only think about benefits maturation and realization once the project had closed! But now, we see they’re looking at that from the beginning and using that as a measure of success or failure,” Langley says.

Much of that shift is a result of digital convergence, says Patrick Tickle, chief product officer at work and resource management solutions company Planview. Over the last few years, the lines between business and IT have blurred, and projects have become increasingly cross-functional, he says.

“Digital convergence is collapsing the gap between business and IT. For so many years, we talked about how to better align IT with strategic business goals, and now it’s just a fact of life. That forces IT — and companies’ PMO [project management office] — to emphasize planning and prioritization, which helps them succeed with the projects that are truly important,” Tickle says.

“It’s a bit anecdotal, but the buzz around planning and prioritization has increased just in the last couple years, and I see that when I talk to clients and customers — both those who are using our products and those that are using other suites; another thing I’m seeing is that organizations are slashing the number of projects they’re taking on, to focus more intently on those that will have the greatest impact and ROI,” Tickle says.

Instead of trying to stretch resources and budgets to take on, say, 75 projects, Tickle says, he’s seeing organizations scale that back to the most important 30 or 45 projects, which improves their chances of success.

Thirty-two percent of survey respondents consider both technical and leadership skills a high priority — a 3 percent increase over last year, according to the research. Developing technical, leadership and business skills for project managers is a key strategy for Champion organizations, Langley says.

“The most successful organizations are more likely to focus on developing all aspects of their talent’s potential. That means, in addition to IT and technical skills, emphasizing leadership skills negotiation and conflict resolution skills, strategic and business management skills and understanding digital convergence. Project managers must understand how a project is aligned to the market, to the needs of customers, to the needs of the business and what constraints there are on that,” Langley says.

Organizations can bridge the gap between high-level strategic vision and implementation with a project management office (PMO). Among organizations in the survey that have a PMO, half report having an enterprise project management office (EPMO). And those that align their EPMO to strategy (i.e., have a strategic EPMO) report 38 percent more projects meet original goals and business intent and 33 percent fewer projects are deemed failures, the research shows.

“The best-performing, Champion organizations also have organized appropriately around a structured PMO and an EPMO. Most organizations have different PMOs for different departments and projects, and it’s unique for each organization how that works. But formalizing the support function with an EPMO means there’s standards and best practices in place that help streamline project management processes and tools,” he says.

The department-specific PMOs, like the IT PMO, for instance, should focus across the organization and down; meaning they should be listening to their peers and their customers and end users and communicating that effectively up the leadership chain, Langley says. The EPMO, on the other hand, should be listening and communicating with their peers and down; meaning between other PMOs and to their direct reports and subordinates, he says.

Actively engaged executive sponsors continue to be the top driver of whether projects meet their original goals and fulfill their business intent, the research revealed.

“Executive sponsorship is a really critical piece of successful projects. These folks are usually senior managers or department heads who remain engaged with the whole project lifecycle, can communicate the value and across the organization. They’re the ones who monitor and manage resources and they can remove roadblocks, break down silos and advocate for resources needed so those don’t get siphoned off for ’emergencies,'” Langley says.

The importance of executive sponsorship was not lost on survey respondents, who revealed an increase in the percentage of their organizations’ projects with actively engaged sponsors compared to last year — an average of 62 percent compared to 59 percent, respectively, the research shows.

Finally, organizations that embrace agile methodologies and practices for project management are more likely to be successful; A full 71 percent of organizations report using agile approaches for their projects sometimes or more frequently, the research shows.

This is a major mindset shift for many project management professionals and the organizations with which they work, says Tickle, but it’s becoming more common as its effectiveness becomes clear.

“So many ‘traditionally trained’ project management professionals still believe that agile and collaborative work management tools are a threat. That couldn’t be further from the truth — so, the challenge is to get project managers to think differently and instead of just applying the usual waterfall approach, take a look at your entire bag of tricks. Figure out what is going to help you best enable the business, what’s going to get the project done to the best of your ability, no matter what that looks like, methodology-wise,” Tickle says.

Tickle says that mindset shift may have a lot to do with the increasing success rates of projects, as success is less about following strictly defined processes and more about agility and creativity.

“Agile and other collaborative work methodologies are not a threat. Quite the opposite, in fact; because they’re not bound by the strictures of the traditional certifications and training project managers used to use, then it becomes more about being an enabler of the business. It’s just about, ‘Here are the issues, here are the challenges, and what tools do we have to get it done?'” Tickle says.