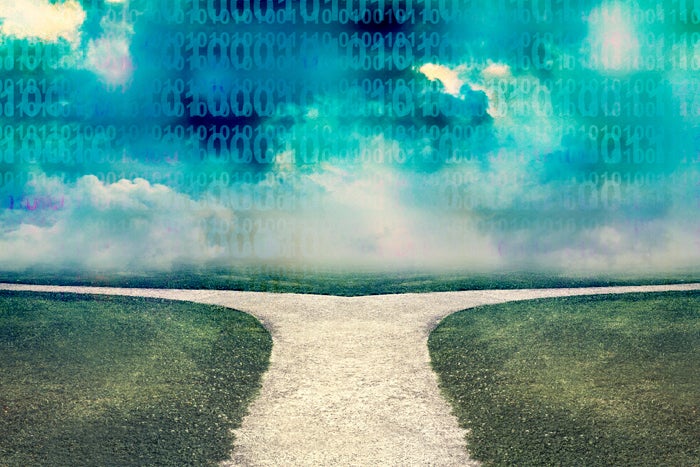 SAN FRANCISCO — An outage at Amazon Web Services Tuesday rekindled the debate about whether it is wise to rely too heavily on one cloud service provider. Such snafus are rare for AWS so CIOs worry more about the potential for vendors to turn off their service without notice.

When an audience member lamented the fact that AWS and others reserve the right to suddenly terminate services, Cockcroft said an enterprise agreement, rather than a simple click-through license, is the best option for CIOs seeking to avoid business disruption. “For any enterprise we should set up an EA [enterprise agreement, which has whatever you need in it … it’s not something where we can just turn it off or you can just turn it off,” Cockcroft said.

Cockcroft said that splitting cloud services between providers slows deployment because companies must familiarize themselves with different vendors’ technologies. Splitting cloud capacity between two vendors, for example, also cuts volume discounts in half. A far more common scenario is that CIOs choose AWS to deploy most applications and select another vendor to run test or ancillary services, Cockcroft said.

AWS’ cloud business, worth $13 billion a year and growing, suggest Cockcroft isn’t exaggerating. AWS has inked major deals with marquis customers such as Capital One, Matson, Under Armour, Live Nation and several other big-name brands. The company expects to extend its lead through serverless computing, which allows companies to run applications in 100 milliseconds without delegating services, Cockcroft said.

Microsoft partners for the cloud

“Rather than Microsoft be the supplier of technology we are part of the cogs for the solution,” Althoff said.

Microsoft is also collaborating with Land O’Lakes to parse satellite imagery in Azure Machine Learning to increase crop yields for its precision agriculture business. The solution enabled Land O’Lakes to prescribe the right amount of seeds required for each square meter of land, information that was downloaded to semi-autonomous vehicles that planted the seeds. This approach yielded 500 bushels of corn per acre, up from 130 bushels prior to the partnership. Althoff said the partnership, in which Microsoft worked closely with Land O’Lakes CIO Mike Macrie, helped the company’s agriculture business top $13 billion.

Althoff said such projects, which also include working with automakers such as BMW and Renault-Nissan on cloud capabilities that support semi-autonomous cars, are examples of digital transformations. Such transformations tend to target product lines, reinventing customer engagement, optimizing operations or improving employee productivity. CIOs biggest challenges? Going from their “as-is” to their “to-be” states, Althoff said.

“It may seem like it’s hard to dream forward on the new big idea – the to-be frame – but it’s actually harder to think about where you are right now and how you get from as-is [to] to-be,” Althoff said.

Google’s cloud business lags AWS and Microsoft, but the search company owns the best technology to win more market share in a young but growing sector, said Diane Greene, senior vice president of Google Cloud. She said Google’s data centers and data management and machine learning technologies are among the best in the business.

“Ninety-five percent of the data is not in the public cloud yet but it is happening quickly and our customer engagements are ramping very quickly,” Greene said. “Thank goodness we’re not behind on the technology front.

[ Related: Why AWS is the IBM for the cloud computing age ]

Google’s chip, the Tensor Processing Unit, is designed to accelerate Google’s TensorFlow machine learning software, which powers search, Google Maps and other capabilities. The company says that these processors provide an order-of-magnitude improvement in performance per watt.

Google has inked a $2 billion deal with Snap in addition to deals with Coca-Cola, Spotify, Zulily and Evernote.