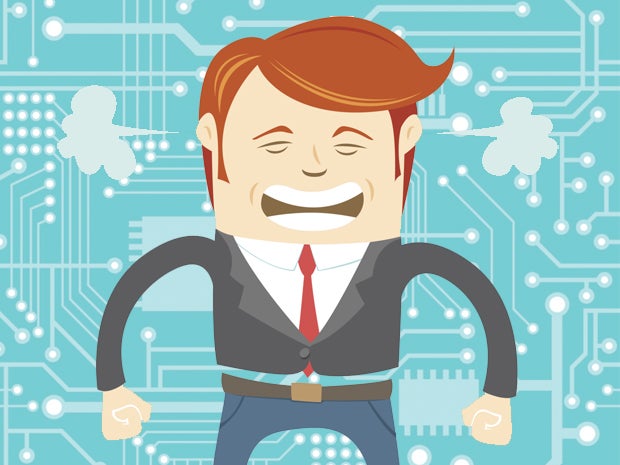 With IT industry unemployment hovering at around 2.8 percent (as of Q3 2016) and organizations struggling to find talent, many companies find themselves with open, unfilled jobs. That’s a problem not just for individual companies, but for the U.S. economy as a whole.

“Filling open jobs doesn’t just help workers. It also helps companies and the broader economy. Every job that’s open is money left on the table, in the form of lost productivity for employers and earnings in consumers’ pockets. When more open jobs are filled with the right people, economic gains include greater business productivity and consumer spending, thanks to more people earning wages, then saving, investing and spending those wages,” says Andrew Chamberlain, chief economist, Glassdoor.

In IT, a combination of rapidly changing markets, high demand for and short supply of talent means thousands of open, unfilled roles are costing companies — and the economy — money every day. In fact, the value of the approximately 263,586 unfilled IT jobs posted by employers in the U.S. adds up to $20.1 billion, according to new Glassdoor research.

[ Related story: How to track employee well-being as a KPI ]

The value of IT jobs

By industry, IT ranks 5th for the highest value of unfilled jobs (263,586; $20.1 billion) and 4th for the level of economic impact those unfilled jobs have on the economy as a whole, says Scott Dobroski, a Glassdoor community expert who works closely with data scientists in Glassdoor’s Economic Research group. When broken out by job title, roles with the highest levels of demand and in shortest supply tend to have the greatest value associated, like software engineers, for which there are 13,198 open jobs with a value of $1.3 billion.

“This reinforces what we’ve been seeing for years: Demand for these roles is far outpacing supply. There’s a lot of economic opportunity that’s going unfulfilled in technology right now, both inside and outside purely IT companies. Retail, professional services, manufacturing, healthcare, web and mobile platforms — all these types of companies are IT companies, and they all need software engineers,” Dobroski says.

And these unfilled roles don’t just represent money left on the table, they represent lower productivity and morale and, potentially, missed market opportunities for innovation and sales, Dobroski says.

“These aren’t unnecessary roles that companies can simply ignore or leave vacant — these IT roles, in particular, are critical for growth, innovation and competition. Companies can’t just reallocate those budget dollars elsewhere, they really need tech talent with the hard skills and the ability to understand the market, the business and the competitive landscape,” he says.

Hiring is a major concern

That concern edged out other pressing concerns, including “keeping the teams they have in place” and “staying competitive with regard to salary and bonuses,” according to the survey, which polled 120 IT executives in November and December of 2016. Fifty percent of the executives surveyed say finding and hiring top tech talent was their biggest concern, followed by 20 percent who say their biggest concern is retention. Only 14 percent of respondents say remaining competitive with salary and bonuses was a major concern; 10 percent say they are concerned about having more work to do with fewer people, while 3 percent say managing their current team was their most pressing issue.

“The 2017 survey results confirm what our clients have been saying: the demand for top talent is at an all-time high, and companies are stepping up to attract and retain the best and brightest stars,” says Kathy Harris, managing director of Harris Allied.

Executives are employing a number of strategies to find and hire that top talent, according to the Harris Allied survey. While compensation and benefits packages are still top-of-mind, the survey showed that strategies focusing on corporate culture and unique and exciting work have grown in importance.

“CIOs, other C-level executives, hiring managers and recruiters much realize that money is not enough, especially in tech. When it comes to what keeps your talent engaged long term, it’s not a leading factor. Culture and values, career opportunities and growth, the ability to work on exciting, meaningful projects — these are what tech talent wants,” says Dobroski.

With so many opportunities available, tech talent has a lot of options when it comes to finding work, Dobroski says, That’s why companies must differentiate themselves with culture, values and meaningful work, he says.

“In the case of software engineers, in particular, they’re often doing very similar work regardless of the company they land at. So, having an opportunity to do meaningful work for a mission-driven company, building interesting products that touch millions of lives and having clear communication so they know why their work matters will help companies fill these roles,” he says.