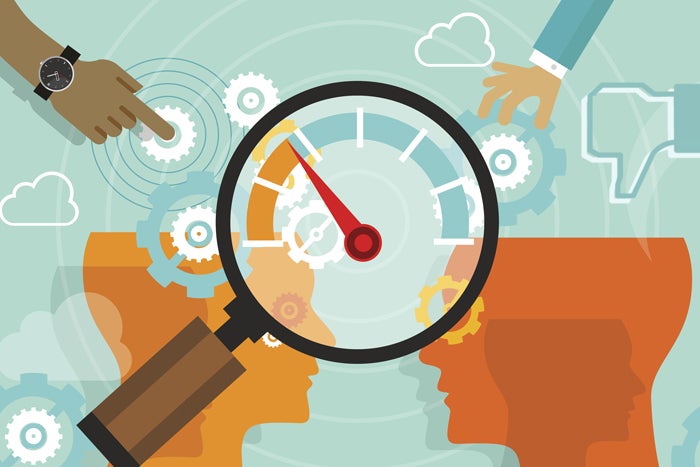 Two of the highest ranking members of Facebook’s C-suite this week spoke at a conference where they addressed the fiasco over inaccurate measurements, areas for growth in engagement and advertising, and the outlook for Workplace, its social enterprise product. Facebook COO Sheryl Sandberg and CFO Dave Wehner were interviewed on stage at the Morgan Stanley Tech, Media & Telecom conference.

The social giant will be making consistent progress and changes to how things are measured on its apps, according to Sandberg. Accurate measurement is core to Facebook’s value proposition and the company is taking steps to ensure marketers can trust and independently confirm numbers from Facebook, she said.

“The only way they know that their ads are effective is if we have the right measurement,” Sandberg said. The company discovered the first of multiple instances of inflated metrics last summer, but eventually told its advertising customers that it had over-reported video metrics for two years.

“We really did a pretty thorough review of all of our metrics and we updated a lot of them,” Sandberg said. “We’re very focused on third-party measurement, we know advertisers want it. It enables other people to grade our homework, and now you can either verify or measure all of the Facebook ad impressions you get through a third party.”

Sandberg, who celebrates her 9-year anniversary at Facebook this month, said the company’s metrics will continue to evolve and improve over time. She also asked the audience of financial analysts to consider the tactics that are usually applied to digital ad measurement and how disconnected those metrics can be from actual sales.

“The advertising industry, for a very long time and still today, focuses on proxy metrics: how many people saw an ad, how they feel about the ad, how many people watch a video all the way through,” she said. “Those matter but they matter because they are the best indications companies had for a very long time of how effective those ads were. What really matters is going all the way through from the ad to the sale.”

Despite Facebook’s engagement measurement challenges, the company’s core apps continue to grow at a steady clip. Daily active users (DAU) are up — Facebook added 189 million DAUs during the last year — but so is time spent per DAU, according to Wehner.

“It’s been a continual migration over time from text to photos to video, and with that has come time-spent growth,” he said. Video is driving longer sessions on Facebook and the ranking of the feed on Instagram, paired with Instagram Stories, has fueled longer engagement times on that app as well, according to Wehner.

Meanwhile, Facebook is trying to widen its appeal among SMBs by simplifying ad products and encouraging business owners to promote a post for a few dollars, for example, instead of quickly becoming a committed advertiser, Sandberg said. “It is incredibly hard to get SMBs online,” she said. “A third of small business in the U.S., the most advanced market, have no online presence at all, not even a web page.”

More than 4 million companies are currently advertising on Facebook and 500,000 businesses are buying ads on Instagram, according to Sandberg.

Finally, Sandberg spoke about Facebook’s ambitions in the enterprise following the launch of Workplace, which she described as an app that “works and acts just like Facebook” but remains internal to your workplace. More than 1,000 companies and organizations are using Workplace today and Facebook is excited about the impact it’s already having for those customers and their employees, according to Sandberg.

[ Related: First CIO on Workplace by Facebook talks collaboration in the enterprise ]

“We’ve had our own version of Workplace all along,” she said. “We think it’s part of what’s contributed to our success. We are a very collaborative culture, we use Facebook to share so we have lots of ways people are collaborating all day and using Facebook to do it.”