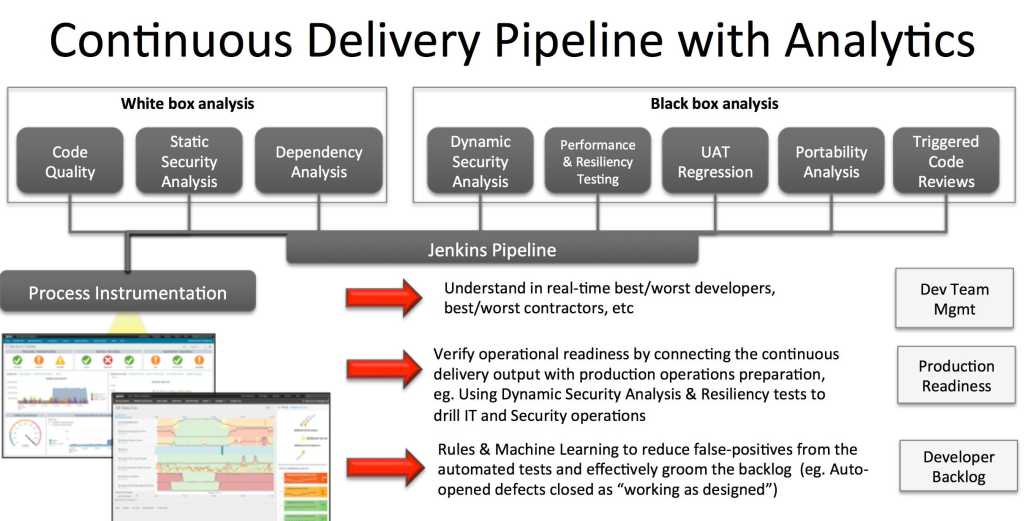 “Move fast and break things” with DevOps has become a popular Silicon Valley mantra during the past few years. DevOps empowers developers to quickly ship code and holds them accountable for operating their software. As DevOps becomes the new norm within Silicon Valley, enterprises outside the Valley have begun to look on with a mix of intrigue and terror.

Some organizations have held to enforcing the ITIL (Information Technology Infrastructure Library) method of ITSM (IT service management) and shied away from using DevOps. These organizations maintain that the segregation of duties is a non-negotiable requirement for compliance, and developers should never be allowed to ship code directly to production.

Other enterprises, such as Intuit, CSAA, NBCUniversal, Rally Software, and Family Search, have wholeheartedly embraced DevOps. These organizations found ways to smartly navigate compliance issues, and in the process, accelerated their development velocity, shortening the time needed to take ideas from whiteboard to customer implementation. These enterprises are now well on their way to becoming “programmable enterprises.”

When programmable organizations combine these with a culture of commercial intensity, they innovate faster, and more importantly, accelerate delivery of new value to their customers. The result is sustainable business differentiation when compared to enterprises holding to traditional IT service management.

Becoming a programmable enterprise allows organizations to continuously deliver new capabilities to the market. To the torch bearers of traditional IT service management, this sounds dangerous. It isn’t. With continuous delivery, enterprises release code when it has passed all the checks rather than on an arbitrary date. Those checks ensure that there are no security exposures, that the services are resilient and that there is no risk to revenue or the brand.

Continuous delivery and architecture as code

Continuous Delivery also enables organizations to “shift left” – to catch and remediate problems earlier in the software development life cycle, rather than waiting until the end of the release, or worse, in production. The more robust the continuous delivery process, the more trust the organization have in the quality of the code as it goes live. When combined with “architecture as code” principles, organizations trust in both the software and the underlying systems. As a result, those organizations can quickly and responsibly deliver new capabilities to market.

From an application developer’s perspective, this process must be frictionless. False positives, where the process identifies defects that are not issues, erode credibility and lead to organizational disillusionment.

Ultimately, the wing-to-wing experience from an application developer’s perspective should be:

Continuous Delivery allows an organization to become a programmable enterprise, putting data at the fingertips of developers and decision makers, providing greater transparency into the development process and ensuring that IT teams can responsibly deliver new capabilities, at a high velocity, to the business. At this point, foregoing DevOps and continuous delivery for traditional IT service management, like ITIL, is more than a difference in philosophy — it’s a disservice to your business.

Snehal Antani serves as the chief technology officer at Splunk. Antani directs the long-term vision for technology across Splunk's expanding cloud, mobile, on-premise and hybrid offerings. He is also the driver behind Splunk's burgeoning Internet of Things and Business Analytics efforts. Antani is a commercially driven CTO with experience delivering increased value to customers and executing faster than competitors through technology innovation.

Prior to joining Splunk, Antani served as chief information officer for multiple divisions at GE Capital. As CIO of North America Distribution Finance, he leveraged technology to drive business model innovation for the inventory finance and equipment leasing businesses. He also served as the chief architect for GE Capital Americas. As chief architect, he led IT and cultural transformation and accelerated the use of cloud, DevOps and continuous insights.

Earlier in his career, Antani served in IT strategy and technology roles at IBM as the emerging technologies lead architect and private cloud strategist. As part of IBM's Software Group, he held positions in product development, field services, product management and the emerging technologies team. Antani drove the product strategy for private cloud and platform-as-a-service and developed enterprise technologies for data processing and systems optimization. His work resulted in 10 granted patents and afforded him global leadership experience with international assignments in mature and growing markets.

Antani holds a B.S. from Purdue University and an M.S. from Rensselaer Polytechnic Institute.

The opinions expressed in this blog are those of Snehal Antani and do not necessarily represent those of IDG Communications, Inc., its parent, subsidiary or affiliated companies.