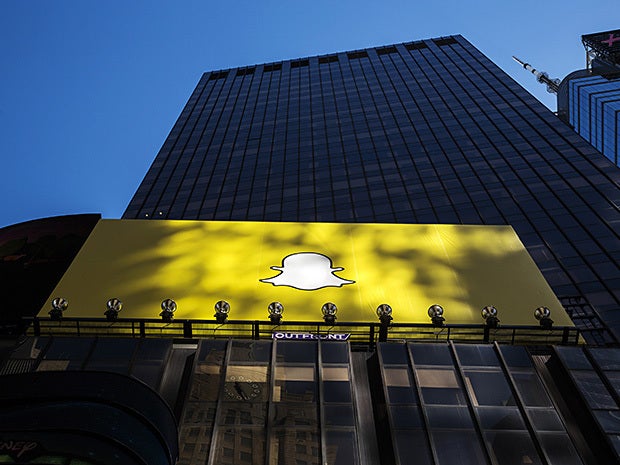 Millions of words have probably been written about the public market debut last week of Snap Inc., the parent of the social media service Snapchat.

The IPO was the first tech-related issue of 2017, raised $3.4 billion, and when its first day of trading closed on Thursday, Snap’s $24.48-per share price valued it at north of $33 billion, making it the biggest debut since China’s Internet giant Alibaba debuted in a 2014 offering valued at $167 billion. Snap shares have since declined in value by more than 10 percent.

In the days leading up to the offering journalists pored over Snap’s S1 filing with the U.S. Securities and Exchange commission and typed lots of words about the many insidery details they found there.

A lot of attention was paid to the fact Snap is paying Google $2 billion over the next five years for the use of the search giant’s cloud infrastructure upon which the Snapchat service relies. Also notable was the revelation that it will pay Amazon $1 billion to use its AWS cloud too, through 2021.

But here’s the sentence that stuck out to me: “In the future, we will continue to develop our software and systems to work with multiple cloud providers and may invest in building our own infrastructure to better serve our customers.”

What it means is that within a few years — Snap expects that to have so many users around the world — it averages 158 million a day now — that it will be required to build its own computing and networking infrastructure. And luckily for Snap, and for companies that aspire to follow it in the years to come, it’s an excellent time to do just that.

Most large-scale Internet companies start out running their services on public clouds, typically a combination of AWS and Google and Microsoft Azure and a few others until they outgrow them.

The canonical example of this cloud-to-custom trajectory is Dropbox. After several years of running using Amazon AWS to run its file-sharing and collaboration service used by half a billion people worldwide, Dropbox announced last year it had shifted to operating its own infrastructure having concluded that it could better customize its machines and networks to fine-tune performance and user experience than Amazon could.

Meanwhile the company that Snap is most often compared to — Facebook — took a different path. It grew from a single server in Mark Zuckerberg’s Harvard dorm room, graduated to leased space in co-location facilities, and finally built a steadily growing collection of data centers in six locations in the U.S. and Europe. It’s also a founding member of the Open Compute Project, an open source organization that encourages companies to build their own data center infrastructure, and shares the details on how to do it.

Over time, more companies that reach Dropbox and Facebook’s operational scale will have to grapple with these questions and reach their own conclusions. Snap will have to make similar decisions, and probably sooner than it would like.

As these companies grow and add services to keep their customers happy, they bump up against the limitations of their vendors whose services and hardware may not be flexible or efficient enough to meet precise and fungible needs in the most cost-efficient manner.

This has traditionally been a problem in networking, where adding new applications often leads to buying more hardware at significant expense, or asking the vendor for features that they might never build. The end result: They spend more on networking than they should.

Over the last several years a new generation of startups including Nicira, now a unit of VMware, Big Switch Networks and the newcomer SnapRoute have sought to change that.

Using open source code and commodity hardware, they’ve made networking something that IT managers can customize on their own. The idea is gaining traction: In a report published late last year, researchers at Gartner reckoned that only 2 percent of large enterprises are building using open-source networking or building their own networking infrastructure. They predict that by the end of 2020 that figure will rise to 20 percent.

I recently talked about this very subject with Milin Desai, VP for products at VMware’s NSX, the division grew out of that company’s 2012 acquisition of Nicira. “Networking has to move into software,” he said. “The game is changing. We’ve evolved to a point where the application is dictating the infrastructure.”

For years the conventional wisdom has held that infrastructure — especially the networking infrastructure — tends to stand in the way of new applications. It’s a fundamental fact that businesses want to move fast as they identify new opportunities or launch new products. When those plans require changes to the IT infrastructure, it’s the biggest barrier is often the networking stack, mainly because it’s so closely linked to the hardware.

Companies with big aspirations, and the technical and financial resources to carry them out will start demonstrating the many ways to break those old logjams using new approaches. One will be OpenSwitch, the open-source software switch. Another will be NSX which uses virtualization to create software-based networks.

If Snap’s real success reaches anywhere near the scale of its pre-IPO hype, it will within a relatively short time have to figure all this out. Luckily for Snap and for its investors, it will have a lot of options.