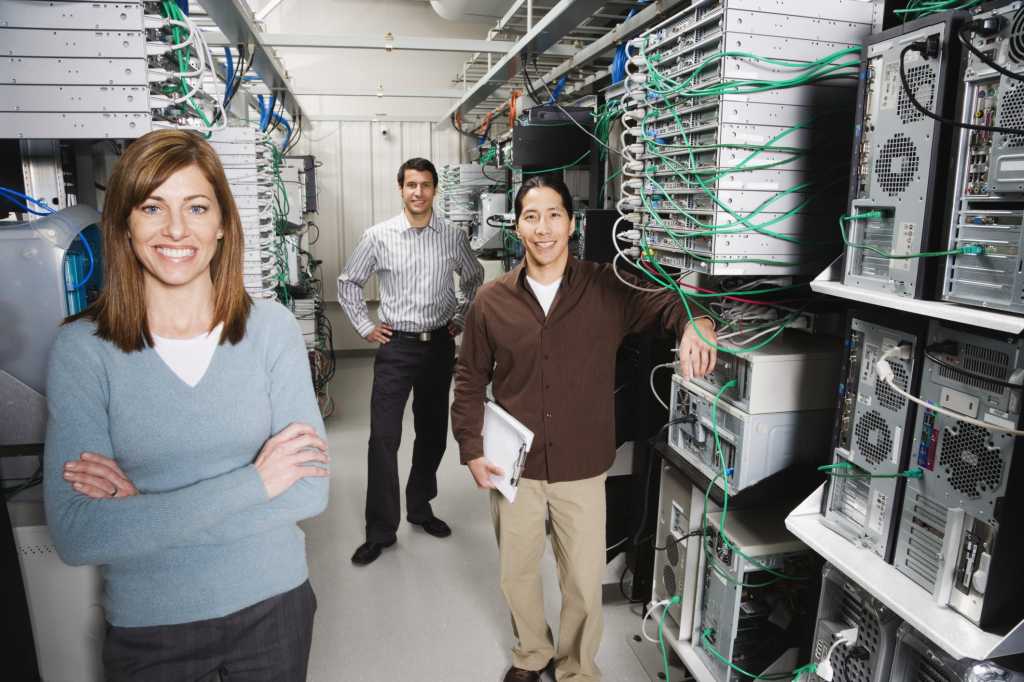 Many tech organizations tout the importance of diversity and inclusion, but few have successfully acted on those goals. In fact, many businesses make headlines over their diversity programs precisely because of their repeated failure to make meaningful progress. It’s not all bad news, though. Tech businesses like Pinterest, HubSpot and Twitter have largely met their 2016 diversity goals, and continue to work toward addressing underrepresented groups.

Employers that aspire to follow in the footsteps of successful diversity initiatives must commit beyond well-intentioned but ineffectual statements and re-branding campaigns. Truly creating a diverse, inclusive environment requires organizations to step outside of their comfort zones to change their company’s processes and sometimes culture, taking cues from tech firms that have already paved the way.

Even though women comprise roughly half of the U.S. workforce, they remain notably underrepresented in the tech sector. Tech organizations can’t hope to proportionately recruit women when the talent pool itself is lopsided.

In-school education programs help, but they are far from the panacea many tech firms would wish. While 23 percent of all girls have considered a tech career, that number only grows to 32 percent among girls who have taken a technology class, according to a 2016 survey commissioned by my association CompTIA. Less than half believe their skills are a match for an IT career after taking a technology class.

The issue isn’t simply technology education, but education about tech jobs. Sixty-nine percent of girls who haven’t considered a tech career attribute their disinterest to a lack of information about what tech jobs entail. Organizations should reach out early and often, partnering with others to provide opportunities for girls to speak with and learn from women already working in technology. One such effort is NextUp, which seeks to create opportunities for teens — girls and boys; percolate excitement for technology; and build an awareness of tech as a career option.

Not only did Pinterest and HubSpot buck the narrative of tech companies neglecting their diversity commitments, both made notable progress in diversifying their workforce in 2016. Notably, they both took inspiration from the NFL’s Rooney Rule when updating their interviewing processes. To correct for bias in the hiring process, organizations employing the Rooney Rule mandate that at least one applicant (and depending on the organization, sometimes two) from the company’s non-dominant demographic is considered for leadership positions. This rule has the benefit of discouraging diversity without inclusion while still allowing more decision-making flexibility than a mandatory quota system.

Tech organizations can employ the Rooney Rule beyond leadership positions as well, especially where internal recruitment is concerned. Today’s mid-level managers are prime candidates for tomorrow’s business leaders, and a more diverse management team is a key component of inclusion.

Sadly, one of the most common reasons diversity policies fail are an organization’s own employees. This isn’t to suggest that workers maliciously sabotage efforts to recruit gender and ethnic minorities, but rather it’s the natural result of top-down, correction-focused initiatives. Too often, business leaders interpret calls for executive-driven involvement in diversity programs as a challenge that can be solved through diversity training sessions. Unsurprisingly, mandatory training programs — no matter how noble — struggle with compliance, especially when employees feel they are blamed for their organizations’ lack of diversity. The results speak for themselves: mandatory diversity training can in fact reduce the prevalence of women in management positions by five to nine percent.

These efforts also prevent employees from fully participating in diversity and inclusion efforts, rendering them passive participants rather than active champions for the cause. It’s crucial for tech organizations to balance executive leadership with outlets for employees to volunteer and support diversity programs of their own accord. Firms should instead prioritize programs with a track record of success that give employees the chance to step up to the challenge of creating a diverse and inclusive environment. Mentoring and diversity task forces, for example, are powerful vehicles for improving workplace diversity, and give employees an opportunity to transcend compliance and become advocates for change.

Building a culture conducive to diversity

Many tech firms take pride in their culture, but it will take nothing less than a cultural shift for organizations to truly address the challenge of creating a more diverse company. While the changes needed to kick-start the process are small, they can have a monumental effect when supported by executive leadership and employees. There’s no quick fix to achieving diversity, and success requires continual reflection and reassessment. But paying more than lip service to diversity and inclusion is a commitment tech companies have to make.

Todd Thibodeaux is the president and chief executive officer of CompTIA, the ICT industry trade association. He is responsible for leading strategy, development and growth efforts for the association.

Before joining CompTIA in July 2008, Thibodeaux spent more than 17 years with the Consumer Electronics Association (CEA), where he served in a wide range of roles culminating as its senior vice president of industry relations.

Thibodeaux is a life-long IT and tech enthusiast dating back to his very early years. The son of an electrical and mechanical engineer, Thibodeaux's love of technology continues to this day and he has infused CompTIA with a renewed sense of enthusiasm for the industry the organization represents.

He is a graduate of the University of North Carolina at Wilmington (Bachelor of Science, economics, 1988) and George Mason University (Master’s degree in economics, 1997).

The opinions expressed in this blog are those of Todd Thibodeaux and do not necessarily represent those of IDG Communications, Inc., its parent, subsidiary or affiliated companies.