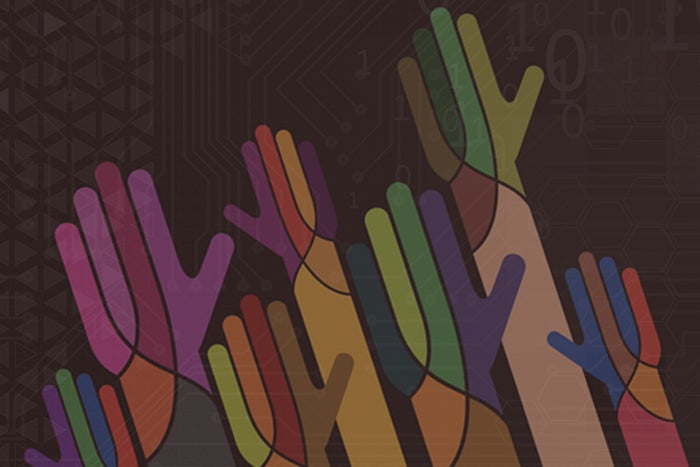 Despite the increased attention paid to diversity in tech, problem persists, according to new research from job search site Indeed, and that’s negatively impacting companies’ bottom lines. Addressing the issue requires a focus not only on diversity, but on inclusion to create a welcoming environment where talent can truly thrive.

Indeed polled 1,002 U.S. technology workers in December 2016, and found that 24 percent of respondents felt they had been personally discriminated against at their current company. In addition, almost half (45 percent) of women said they witnessed non-inclusionary behavior, with 34 percent reporting they have been made personally uncomfortable. Over half (64 percent) of non-white respondents have felt personally uncomfortable, compared to 24 percent of respondents who identify as white.

“I was shocked to see these numbers. This is a major wake-up call for the tech industry, especially in the wake of scandals like what’s happening with Uber — you have to bring people from diverse backgrounds and diverse gender, ethnicity, race into your organization, but more than that, once they’re through the door, what are you doing to make sure they are feeling included and welcomed? How are you building a respectful, caring environment? There’s a lot of self-reflection that has to happen to make sure you’re doing the work to make everyone feel included and safe and encouraging them to stay,” says Raj Mukherjee, senior vice president of product, Indeed.

But there’s a bit of encouraging news from the survey: Overall, the majority of respondents understand that diversity is an imperative, and realize that, without it, their organizations will lack a competitive edge and the bottom line will suffer.

A majority (79 percent) of tech employees surveyed believe that a diverse workforce helps their company brand, business and product line, according to the Indeed survey.

“Overwhelmingly, technology workers recognize that diversity impacts every aspect of a company’s success, from brand strength, to business growth to product development. It makes sense because only with a diverse workforce can technology companies live up to their potential and create impactful products and services that delight the full diversity of consumers and companies whose lives and businesses they can positively benefit,” says Mukherjee.

Other studies present compelling financial evidence that a more diverse tech industry could translate into stronger business performances for companies. For example, McKinsey & Company found that companies in the top quartile in terms of racial diversity are 35 percent more likely to have higher financial returns than the national median in their industry. Another finding from the report: the tech industry “could generate between $300 – $370 billion each year if the racial and ethnic diversity of tech companies’ workforce reflected that of the talent pool,” according to that McKinsey & Company research.

Even some tech companies’ shareholders are bringing the issue to the attention of company boards to encourage hiring more diverse talent, especially at the board level. Tony Maldonado, an Apple shareholder, recently put forward a proposal asking the company to implement an accelerated recruitment policy that would require Apple to increase the diversity of senior management and its board of directors.

“A lack of diversity not only shapes the culture and future of the company but hurts its bottom line and has larger long-term ripple effects given how embedded technology is in our daily lives. Investors are beginning to wake up to the diversity problem that has plagued the tech industry for so many decades,” says Maldonado in a statement about his proposal. Maldonado’s proposal was rejected.

This lack of awareness about diversity and inclusion initiatives, and the lack of results, are a major problem, says Mukherjee, though the fact that so many organizations are trying to address the issue is promising.

“It has to start with awareness and with training and education. It’s not that one unconscious bias training is going to be a quick fix, but as more workers and managers become aware, that helps push the issues to the forefront,” he says.

What works and what doesn’t

What works and what doesn’t when it comes to diversity training? New research from the University at Buffalo School of Management finds that diversity training can be successful, but that results vary widely based on the content and length of training and whether it was accompanied by other related initiatives, says Kate Bezrukova, PhD and associate professor of organization and human resources in the UB School of Management.

Bezrukova and her fellow researchers examined more than 40 years of research, combining data from 260 studies and more than 29,000 participants across a variety of fields. They found diversity training had immediate positive effects on participants’ knowledge, attitudes and behaviors related to diverse groups. Over time, however, their attitude and behavioral changes decayed or reverted, while their cultural knowledge remained consistent or even increased.

The study found training is most effective when it is mandatory, delivered over an extended period, integrated with other initiatives and designed to increase both awareness and skills. In addition, participants responded more favorably to programs that used several methods of instruction, including lectures, discussions and exercises. Factors like whether or not the training was held in a corporate setting versus an educational setting, or the gender or race of the trainer, did not make a difference in the effectiveness of the training, the research shows.

“What we saw consistently is that the volume of training really matters. The longer the training, the greater the impact. There’s an inclination to do this ‘quick and dirty,’ but that doesn’t make a difference in the long-term. It’s also important to have training and education supported with other initiatives: affinity groups, cultural sensitivity work and emphasizing inclusive and diverse hiring and recruiting practices,” Bezrukova says.

Combining multiple efforts in this way offers a “united front” and shows an organization’s commitment to diversity and inclusion, instead of just a haphazard way to address compliance, she adds.

“It’s critical to offer diversity programs as part of a series of related efforts, such as mentoring or networking groups for minority professionals. When organizations demonstrate a commitment to diversity, employees are more motivated to learn about and understand these societal issues and apply that in their daily interactions,” Bezrukova says.

Affinity groups are joined by employee’s of a company. They have several varieties but basically it’s a place within an organization for like-minded people to gather, network and share their experiences. Many companies uses these groups to demonstrate their commitment to diversity and inclusion. When done correctly they can be a tool for recruitment and retention as well.

Indeed’s Mukherjee says within his organization, affinity groups for women, for people of color, for the LGBTQ community and others are seeing success in making the workplace more welcoming and helping the company understand the issues these groups face as well as how to help address them.

“There’s so many dimensions to the issue of diversity, and the first problem is one of awareness if no one sees this as a problem. So, affinity groups are important in that they can bring issues to the attention of the larger organization, and can instigate change — instead of feeling left out and that others are trying to step in and fix problems ‘for’ them,” he says.

Affinity groups, networking and mentoring initiatives also are important for recruiting and hiring, as well as for retention once new hires are on board, Mukherjee says. While there are several technology tools available to help with sourcing and recruiting, you can’t just rely on them to do the work for you, he says.

You can’t simply assume that leveraging a tech tool for diversity is going to fix your problems, though you might get lucky with some of your hires. “…this is where inclusion comes in — you have to build and maintain relationships with these different groups; for instance, we realized that we were having issues hiring women engineers because our teams and our recruiters and hiring managers were predominantly male. Without having others who shared their experiences, they’d come in and feel uncomfortable, and that was exacerbating the problem,” he says.

Now, a concerted effort is made to ensure the sourcing, recruiting and hiring teams are just as diverse as the talent pools they’re looking at, he says, and that’s made a huge difference.

A new OpenMIC report, “Breaking the Mold: Investing in Racial Diversity in Tech,” recommends that organizations start by collecting and disclosing more detailed workforce demographic data so they can identify where they face the biggest challenges and hold themselves accountable to changing those metrics.

The report also suggests that companies set time-bound goals and make public commitments to achieving those goals so they can be held accountable for meeting those. Linking executive compensation and employee incentives to greater diversity can also help advance the cause, and, finally, enlisting white people within the organization to help ensure that diversity initiatives are given priority and are not ignored.

“It shouldn’t be left to those directly affected by underrepresentation or discrimination to fix the problem; the responsibility to increase racial diversity falls on those who currently hold the most power and influence, in other words, white people,” Lucal says.

White people in leadership have to identify their own stake in this work, according to Lucal. “The problem isn’t just individual, it’s structural and systemic; there’s personal responsibility and organizational responsibility. So, for white workers and executives, you need to examine how you benefit from these structures and systems. Only then can you start to change the culture, the standards and norms that are contributing to this problem,” he says.