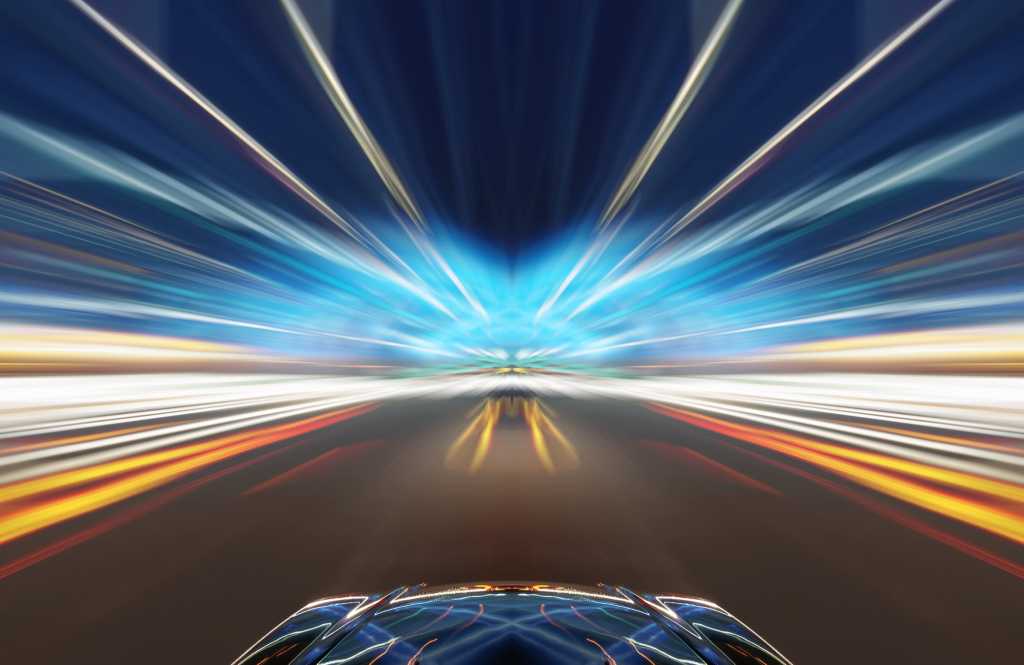 I’ve been asking myself this question lately and am increasingly stunned by the implications. Let me explain.

We all know Moore’s Law and its derivatives; however Singularity University thinker and acclaimed futurist, Ray Kurzweil, came up with the idea of The Law of Accelerating Returns way back in 2001. One thing it says is, “Technology…is a process of creating ever more powerful technology using the tools from the previous round of innovation.” He asserts that this type of evolutionary process creates exponential growth in measurable things like CPU per transistor count. Hello, Moore’s Law.

Another statement Kurzweil makes is, “The ‘returns’ of an evolutionary process (e.g., the speed, cost-effectiveness, or overall ‘power’ of a process) increase exponentially over time…Technological evolution is another such evolutionary process.” In effect he is saying that anything accelerated by technology evolution begins moving at an exponential pace. Digital business included.

The problem with exponential systems is that they look linear early on, so we tend to misjudge them. I mean 0.01 doubled is 0.02, which in our thinking is still pretty close to zero. We stand to fall into the same trap that the mythical emperor did when he rewarded the inventor of chess with a single grain of rice doubled for every square of the chess board. Up through the first half of the board, the reward was measured in spoons and cups. By the end, it would have been a rice pile the size of Mount Everest.

There is a very practical side to this that CIO’s have to understand. You see, it’s not that smart people don’t see the change coming — what they fail to estimate correctly is the speed at which it comes. Every business disruption story ever told boils down to this.

Once I grasped this idea, I saw that certain emerging technologies accelerate others, creating an exponential effect on business outcomes. The public cloud is doing exactly this to big data right now. For example, AWS Athena is an interactive query service that completely hides server complexity, and it’s part of a new “serverless” trend in the cloud. There are many more examples in the big data space, which is part of why Hadoop is being disrupted by the cloud.

The linear lens on this phenomenon says, “That is interesting but doesn’t impact me right now.” The exponential lens on this recognizes that with speed doubling and cost diminishing by half roughly every 18 months, firms that are heavily into the public cloud for big data will be able to innovate much more quickly that firms who are not — and it’s innovation cycle time that generates disruption. In other words, firms that are stuck with big data on premise — and therefore cannot innovate with technology as quickly — are already dinosaurs just waiting for a comet.

Business innovation, accelerated by exponential information technology, can also move at an exponential pace; but it might not, which is what makes disruption so hard to gauge.

So what do you do if the potential for exponential change makes the future impossible to predict? Invest in a platform that creates hyperagility. For example, an interesting startup C3IOT, run by Tom Seibel (remember him?) aims to provide a data-aware software framework for building big data predictive applications. They claim it reduces application development time an order of magnitude — that is an exponential reduction. This is just one of many innovations I’m seeing that create speed and flexibility that was not possible eighteen months ago. Things are moving that fast. Don’t misjudge the speed.

New tech revolution is capturing our imagination—and changing the game. Are you ready? If not, listen to my latest podcast about the technology revolution on Forrester’s What It Means podcast.

The opinions expressed in this blog are those of Brian Hopkins and do not necessarily represent those of IDG Communications Inc. its parent, subsidiary or affiliated companies.