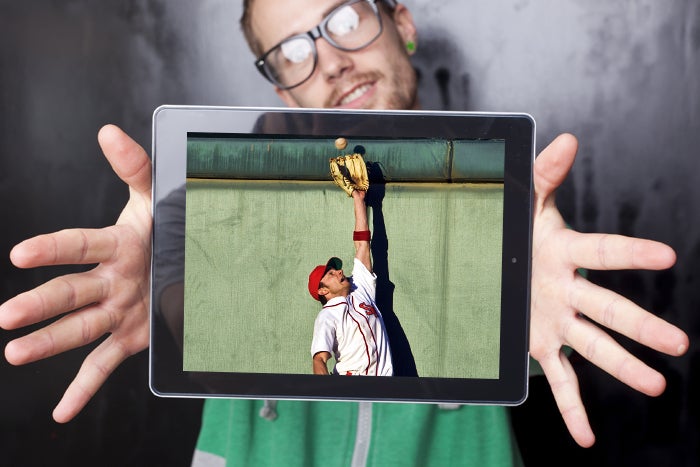 Heads up, baseball fans. With the major league season just weeks away, there’s good news if you want to watch your favorite teams without forking over big bucks to big cable.

Sling TV and the soon-to-launch YouTube TV have broken the stranglehold of MLB.TV and various regional sports networks over broadcast rights and will be streaming major Major League Baseball games in a number of markets this season.

Sling TV will be streaming games by opening day, the company announced, but YouTube TV has not yet confirmed a date its service will launch, saying only it will go live “in the next few months.”

Unlike MLB.TV, which blacks out homes games when you and your team are at home, both services will stream them if you’re in a market they serve.

Sling, which is owned by satellite TV provider Dish Network, will stream the games to subscribers of its $25-a-month Sling Blue service and customers of its higher-end Sling Blue plus Orange, which costs $40 a month.

For those not in markets served by CSN, Sling TV will stream nationally broadcasted MLB games all season long on TBS, ESPN, FOX and FS1, Bishnoi said. Local games broadcast on Fox Sports will be available in ten markets as well.

Basketball and hockey fans, Bishnoi said, “will also be able to enjoy NBA and NHL action for the remainder of the regular season, plus catch first round playoff action on their NBC Regional Sports Network.”

I should add that the widget Sling TV provides to check availability of various sports channels has not yet been updated to include the new offerings – an amateurish mistake.

YouTube is going after cable providers with a streaming service of its own, set to debut this spring. Initially it will offer a “skinny bundle” of three dozen or so channels for $35 a month.

Most intriguing to sports fans who have avoided cutting the cord, YouTube says it will offer regional sports coverage from the likes of CSN (Comcast sport network) including major league baseball. It will include cloud DVR service for free. What’s missing: networks that only appear on cable, such as HBO and AMC, though that could change.

“You can watch YouTube TV on any screen—mobile, tablet or computer—and you can easily stream to your TV with a Google Chromecast or Chromecast built-in TV,” the company says.

Both services allow users to sign up for a month at a time with no cancellation penalty or setup charges, so you’re not risking much by trying them out. Even with the caveats, the new services from Sling TV and YouTube TV represent big wins for sports fans who are sick of big cable bills.