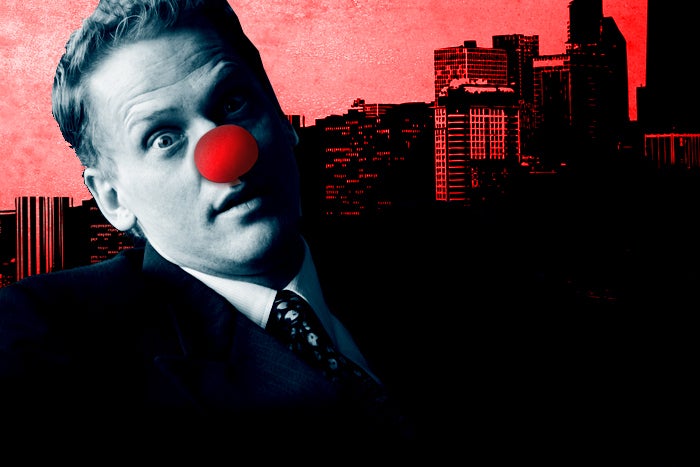 The U.S. government is behaving as if it were a newborn child. Centuries of hard-earned experience is getting tossed aside as yet another leader seems to feel he needs to create a strategy that assumes there was no government before they took over.

This isn’t uncommon in companies either. You’ll often see a firm fight its way up to the top using a set of hard-learned skills only to fall to the bottom because it gets institutional Alzheimer’s and forgets everything it should already know.

IBM [Disclosure: IBM is a client and former employer of the author] is one of the few companies designed for longevity with a set of rules put in place to assure survival, but even they nearly failed in the early 90s. With Watson, it may have the ideal cure for institutional Alzheimer’s, but only if the system is trained to ensure critical institutional skills that are learned are never forgotten.

Let’s start with some examples of the problem and use the U.S. Government as the primary one. The most pertinent example is likely the Affordable Health Care Act. This was a core part of the reason that the Democratic party lost control of the house and it became a rally cry for the Republican party that replaced it. It was forced on its opponents, delegated to the then speaker of the house who made a mess of it, and it represented one of the key reasons that the Democratic party was nearly completely removed from power.

The lessons should have been to not muck with a national level entitlement if you can avoid it, and if you must muck with it personally assure it through execution. That lesson was lost as the Republicans are now mucking with it, it has again been delegated to the Speaker of the House, and the effort to assure a positive result isn’t in evident. In fact, it looks right now like even a bigger train wreck than the program it seeks to replace.

[ Related: Why Trumpcare will be worse than Obamacare ]

Here is another example: With Afghanistan we saw Russia, the USSR then, attempt to do nation-building and the effort not only failed it was a major contributor to the break-up of that nation. The lesson should have been to not attempt nation-building unless you can fully assess its cost and your ability to execute.

The U.S. not only attempted the same thing with Afghanistan, but with Iraq as well, and with no more forethought or any better execution than the Russian’s did, and it nearly bankrupted the U.S. No apparent institutional learning going on here. It should also be noted that the when those in the military tried to point out the costs would be in excess of what the country was willing to spend, they were ignored and removed from office.

In companies, perhaps the best example is Apple. Using a relatively basic formula of creating an iconic name around a simple but focused product that addresses a widespread problem you could turn a failing company into a leading one. The iPod model was used to create the iPhone and iPad. Yet if you look at the Apple Watch things change.

This new model does not emulate Steve Jobs’ Apple, as it seems to pick and choose what requirements of the process are necessary as if the question was multiple choice; however, the answer should be all-of-the-above. It often seems like a company, after painstakingly discovering a path to success, tosses it out as a repeatable strategy because using it would be too easy. What actually seems to happen is that subordinates aren’t taught why steps in a successful process are important, so they skip them and failure results.

Watson to the rescue

At its heart, a system like Watson is a deep learning machine. Once taught it doesn’t automatically forget as we often do. It learns and then when given a question it presents what it has learned in an iterated hierarchy of choices. These choices have explanations so that the decision maker can then look at what the recommendations are and pick the best one that seems to match the problem they are facing.

For instance; were it asked about the best way to improve Obamacare it would likely give as the first item “don’t make this a priority in the first two years” and explain that there is too high a risk that it could cost control of the House of Representatives. Second, it would likely suggest that rather than focusing on the process, focus on reducing the costs of healthcare because that would result in the widest short-term benefit to the most people assuring re-election.

And finally, Watson would likely suggest spending time to fully understand the remaining dynamics of the problem and determine what small changes would have the largest impact focusing on those to reduce the overall risk of failure. All of this would be based on what it learned from the initial effort, changing this from an almost certain failure to an almost certain success.

We have Watson and other AI efforts focused on practices like improved healthcare, intelligence, litigation and other functional areas in business and government. But I think the bigger benefit for this system would be to focus on assuring Institutional Experiential Intelligence so that Presidents and CEOs don’t have to constantly act as if they are the first chief executive ever and can better apply the hard-learned lessons of their predecessors to the new problems they face. This could not only assure all our jobs, but likely assure our nations as well.

IBM argues compellingly that Watson should be used to enhance, augment, rather than replace people, I’m arguing that the most critical folks to enhance should be at the top because they have the most power to assure success or failure. In fact, one of the best uses of Watson might be to assure that the next and every subsequent IBM CEO is fully augmented, it could be a critical tool and a major part of IBM’s longevity and success.