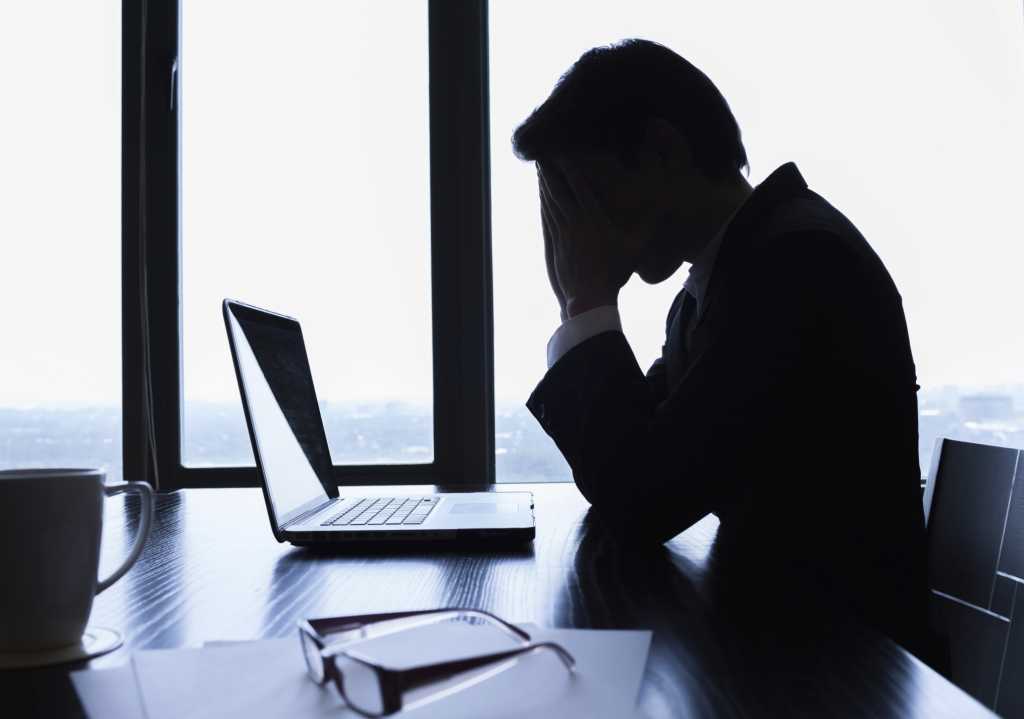 Searching for a new job can be a full-time job, It’s a thankless, tiring — and, yes, depressing task. Searching for roles, filling out applications, networking, tailoring endless versions of your resume to each potential job, interviewing, handling rejections — the entire process can be so overwhelming and can leave you feeling unwanted, dejected and sad.

“It’s understandable; with the loss of a job, many people feel like they’ve lost control. And, in many cases, they’ve lost something that they loved, that gave them some fulfillment and purpose, and that can interfere with self-esteem and confidence. Searching for a job is also a very solitary process, so on top of that, there’s the potential for isolation,” says Mary Cavanaugh, vice president and senior career management consultant with Keystone Associates.

“I tell my clients, first and foremost, to have patience with the process and make sure your expectations are realistic. Your entire professional life right now is focused on finding a new job, but the recruiters, hiring managers, people in your network — they aren’t on the same timeline you are. Try to strike the balance between timely follow-up and constant pestering, because you can risk alienating people,” she says.

Completing a successful job search takes focus, persistence and a lot of hard work, says Jamie Chafel, recruiter for the technology search division of WinterWyman. “Find ways to get into a routine and hold yourself accountable to it, whether that means allotting every Tuesday night to attend a networking event or getting up early on Saturdays to search for new leads and send out résumés,” Chafel says.

The power of positive thinking

Try and stay positive as much as possible, Cavanaugh says, and remember to maintain a good balance between work and life, just as you would with any other full-time job. Regular exercise, volunteer work, spending quality time with friends and family in addition to networking and making career connections can help keep your spirits up, she says.

“Make sure you’re networking and building relationships. And, remember, not to generalize, but so many of the programmer-types and engineering/IT folks have more introverted, quiet and more reserved personalities, so the networking piece of the puzzle and the personal interaction piece is difficult. That can lead to them feeling discouraged — I recommend starting with your ‘warm circle’ of ‘friendlies’ first and working outward from there to build up confidence,” she says.

Networking doesn’t always have to happen in a strictly professional setting, either. The connections you make by getting immersed in groups can be invaluable to your career. Find a trade association, meet-up group, fan club or online discussion forum that overlaps with your hobbies, interests or your career and get involved; or try talking to your teammates or friends who might have connections you can leverage to find a new role. “Try attending an event or two from several different groups and determine which will be most beneficial before you commit to just one,” Chafel says.

Remember, too, that when networking and asking for help, most people will be honored and flattered that you want their advice. They’ll most likely want to help in any way they can, and will go out of their way to make sure you have the resources and support you need, so don’t feel shy about asking for help, Cavanaugh says.

“A successful job search can’t be accomplished alone. At some point — whether it’s asking your former boss to be a reference or asking your prospective boss for the job — going through the interview process becomes an exercise in collaboration. The earlier you start asking for help the better. Don’t be bashful in reaching out to your extended network, both professional and personal, to let them know you could use their assistance in finding a new opportunity. You will likely be pleasantly surprised by their willingness and eagerness to help,” Chafel says.

Finally, stamina and perseverance are important in any job search, she says. Even in IT, where many hot, in-demand talent is snapped up quickly, there are some roles or positions that might require an extended job search. Pace yourself, network, keep your skills up-to-date and don’t give up, Cavanaugh says.

“This can be a longer road and a more intense process than you expect, but you have to keep going. Maybe you went through interviews that didn’t go well. Maybe you were not picked for a role. That’s hard, but remember to keep filling your time with networking, hobbies, volunteering, friends and family — that way, even if one thing doesn’t pan out for you, there are still other irons in the fire to keep you motivated,” she says.

Don’t settle for less than the best

Remember, too, that you shouldn’t settle, says Chafel. If you’re being selective — as you should be; this is your career we’re talking about — the search process might take longer than expected. And if you’ve been committed to it, you’ve logged a lot of hours and poured a lot of energy into the process. So, when an offer comes in for a job that doesn’t match what you set out to find, part of you may want to accept it just so the process can be over with.

“Don’t give in to that temptation. The decisions that you make as a job seeker have both short-term and long-term implications on your job security and earning potential. It’s critical that you have the resolve to stick with it until you find the right fit. There’s nothing worse than having to start all over in six months or a year–or sooner–because you acted hastily,” Chafel says.

If, despite these efforts, you find yourself spiraling downward and your job search blues seem much more serious, it can be beneficial to ask for professional help, Cavanaugh says — and that’s OK. There shouldn’t be any shame involved. Though she is not a mental health professional (and this advice should not be construed as a medical or psychological diagnosis), she’s had to have these tough conversations with clients in the past, she says.

“If the depression, anxiety and hopelessness is taking over and you’re just unable to get out of your own head, if you’re feeling worthless and without purpose, that’s a red flag. Anger is another one. It’s normal to feel upset or angry, to an extent, especially if you’ve been laid off or if you feel you were treated unfairly, but if it gets to a certain point that you’re angry at your former employer, or specific people, or if the anger is out of proportion to the situation — these are issues that should be addressed with the help of medical professionals. There’s nothing wrong with asking for help,” Cavanaugh says.