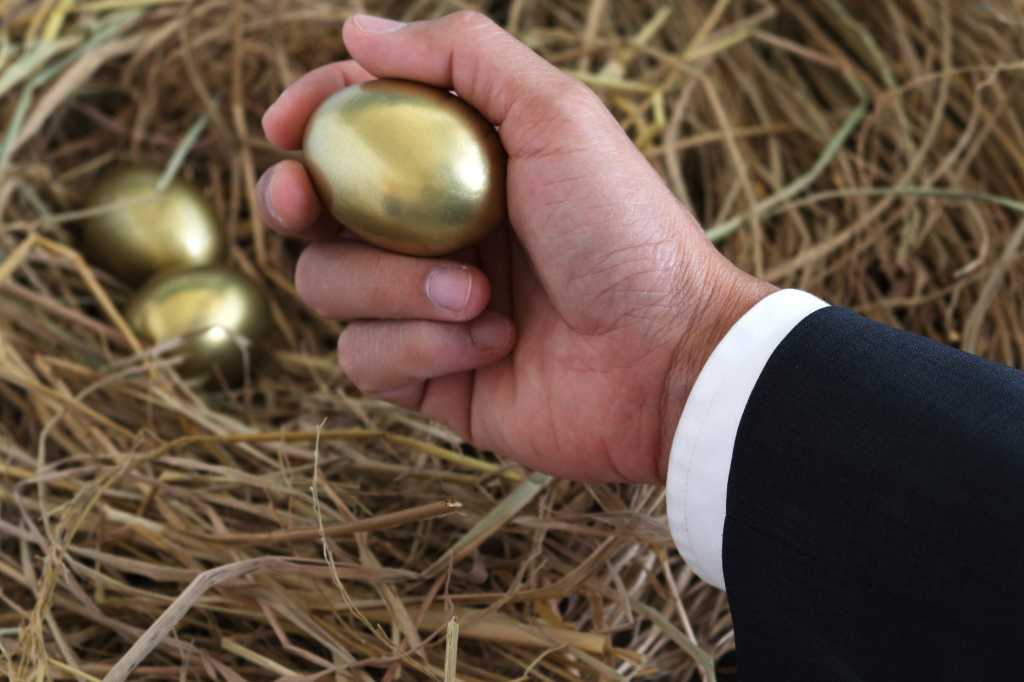 Bijan Sabet is a venture capitalist with a golden touch. His wins are as legendary as the consumer and social tech companies he helped grow into the juggernauts they are today. Spark Capital, the Boston-based firm he cofounded and where he serves as general partner, has invested in more than 100 companies to date, including Twitter, Tumblr, Oculus and Foursquare.

Now, after a 12-year run of success in the consumer market, Sabet is targeting the enterprise with investments in apps that redefine work. His firm has already had some repeat success in the enterprise market with investments in Slack, a chat-based collaboration tool with a reported valuation of $3.8 billion nearly a year ago, and Trello, a project-management app recently acquired by Atlassian for $425 million.

“We see many of the same things that got us super excited and gave us goosebumps in the consumer space now happen in the last few years in the enterprise,” he says. Strong network effects, rapid growth and daily — sometimes constant — user engagement are now playing out in work, according to Sabet.

“We’re seeing people in work environments on teams really fall in love with these products that they’re using every day,” he says. “We think this is a big change, and one that’s definitely getting us fired up.”

New apps for work are gaining traction and growing quickly among employees, which has not been the norm for many established businesses. “As opposed to what maybe historically has been more of a top-down model, now you have the end users at a company and the CIO working in an almost lockstep partnership,” Sabet says. “As a result, I think these [apps] are getting widely deployed and widely used.”

Developers and entrepreneurs want to build products that people use every day, but the path to massive adoption in the workplace has been riddled with complexities and concerns over privacy and security. Those challenges have been largely resolved or overcome by a new class of apps and a cloud-based infrastructure that adheres to privacy and security compliance, according to Sabet.

“Cloud is getting a level of comfort it never had before, and not just because CIOs are waking up to it,” he says. “There were legitimate concerns that CIOs had and I think these cloud companies got smarter about enterprise requirements, which gave people more confidence in the cloud. You see this virtuous cycle and then you have radical innovation on the app side of the enterprise. I think the combination has been quite powerful.”

The enterprise market will mimic the success of consumer tech companies that competed against incumbents and built very large businesses like Facebook, Twitter and LinkedIn, according to Sabet. “You’re going to see standalone companies that are startups become very large, independent, durable, public companies,” he says. The current incumbents are not going to be the only leaders in the enterprise market, according to Sabet.

Incumbents are not guaranteed leadership

However, technology giants such as Google and Microsoft are making massive investments in the future of work and deliberately positioning their services as a comprehensive set of tools that benefit from scale and interoperability. If businesses are already using G Suite or Office 365 for many core business functions, for example, why would they choose to use a third-party app for collaboration?

Sabet says workers are increasingly comfortable trying new products, downloading new apps and using the best tool for their work. “End users are going to just demand the very best experiences and they’re going to prioritize that over integration from a single company,” he says.

“When you start bloating these products out, where all of a sudden their G Suite product is like the all-singing-all-dancing product … it just feels like maybe it’s not the optimal product for that given use case,” Sabet says. Workers would rather use an app that’s singularly focused on the task or job at hand, he adds.

“We’re really very much in the David vs. Goliath business and we tend to really believe in the David in that story because we feel like smaller startup companies with a singular mission/focus can out-innovate larger companies,” Sabet says. “There are things that big companies can do given their user base, but it’s not obvious to me how they can keep tacking startup ideas onto their existing product line and count on them.”

His read on current market dynamics is mixed. Sabet says Microsoft is better positioned for the enterprise than it’s been in a very long time, but “the idea they’re going to build a Slack competitor is a little bit of the old Microsoft peeking its head out.” He is also impressed with the strides Google and Amazon are making in the enterprise, but he’s less convinced about the prospects for Apple and Facebook. He finds Apple’s enterprise strategy confusing and Workplace by Facebook bearing little impact. “I haven’t seen anything that’s really making me feel like it’s a huge priority for [Facebook],” he says.

How apps for work mimic the rise of social

Sabet and his colleagues at Spark Capital are making investment decisions in the enterprise based on the same characteristics they apply to the consumer space. “We look at things like true engagement, what’s the roadmap for these products, how much are these users counting on these products, is it a critical part of their work?,” Sabet  says.

“Are these products they use once a quarter because their boss tells them to use it, or are these products that the customer either truly loves or counts on as a daily use product?” he says. “You would never, I think, use words like ‘daily active user’ with enterprise products before this kind of generation of startups.”

While advancements in robotics and automation technology put countless jobs at risk, apps for work that increase productivity and satisfaction among employees are having quite the opposite effect, according to Sabet. “I don’t think this is displacing work, I think it’s enhancing work,” he says. “I don’t feel like this type of innovation is causing a lot of stress… If anything, it’s relieving it.”

The accelerating comfort and ease with which IT leaders are embracing the cloud is helping to make these new opportunities possible, according to Sabet. “Ultimately, I think CIOs are going to pay attention to what their employees are gravitating towards,” he says. “With partnership between the employees and the CIO, I think we’re just going to see continued innovation here.”