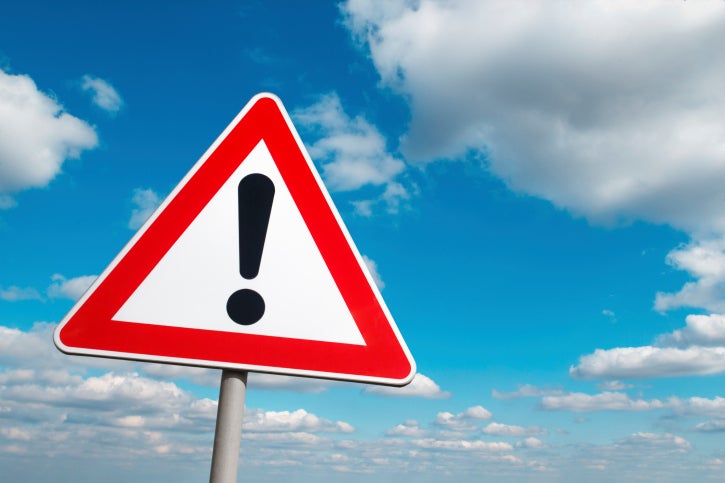 Let’s face it, automation isn’t cheap. However, when done well, it can make your testing effort far more efficient and help you get to market faster. When done poorly, it can burn through your budget without providing any real benefit. In the following list, I will highlight some warning signs that indicate your automation effort is in trouble. Hopefully, this knowledge will help you find gaps and improve your current and future automation efforts.

The first thing I do when I go into a new environment with existing automation is ask to see the automation run. It is shocking how often the engineers can’t execute their own tests. This situation almost always means that the code is a mess and they aren’t keeping up on maintenance, or that the code never worked in the first place.

This is not necessarily a problem, but it is a red flag. Remember: When your automation stack is different from your development stack, you are adding additional infrastructure cost. This also makes it difficult for development to support the automation effort as they are (sometimes literally) talking in different languages.

Code reviews are a critical part of any software development project, and automation is software development. Reviews have four primary benefits. First, they help eliminate single points of failure by having more than one person familiar with any single piece of code. Second, they help you find problems in the code earlier — and the earlier you find problems, the easier (and cheaper) it is to fix those problems. Third, it forces engineers to write cleaner code, which is especially good for long-term maintenance. Lastly, code reviews are good training tools for both the reviewer and reviewee.

There are three main problems with just writing just UI automation tests. The first problem is that they are the most expensive tests to build and maintain. Second, you are not adequately testing your service and database layers. Third, on top of that, you are almost certainly missing the real power of automation. Automation is very good at tedious/repetitive work, which I see manual testers doing all the time. Leveraging automation to do repetitive tasks opens up your manual testers to do more interesting and valuable testing. The most valuable automation I ever wrote tested nothing, but it saved my manual testers roughly four hours each deployment by automating some basic, but laborious, setup steps.

The product of testing is information, and the communication of that information is dependent on the quality of the reports. If no one consumes that data, which is often the case, then there is no point generating it in the first place. There are two big reasons why automation results may not be consumed. The first is that the manual and automation tests report in separate systems, and after a relatively short time, people tend to just look at one system for results. This is why single source reporting is important. The second reason is that it’s no one’s job to review automated test results and it really needs to be. Your automation may be finding serious bugs, but, without a review process, this information is never propagated to the team.

Running automation against a non-deterministic (or unknown) data set is tricky. That’s not to say that it can’t be done, but it can get tricky. A deterministic data set allows you to test against a source of truth, but non-deterministic sets have either no source or a calculated source of truth. This often results in either a high number of tests failing that should pass and/or tests passing that should fail. It can defeat the entire purpose of writing automation in the first place.

If all your tests pass all the time, you are not testing that much, development has ended and/or you have tests passing that should be failing. I have yet to see an automation suite of any reasonable size passing everything.

Automation is very good at certain types of testing; if you need, for instance, to do highly repetitive checking, then automation is ideal. If you want to test a new feature and care about look, feel, usability, etc. then automation is typically a poor choice. Remember that automation tests exactly what you tell it to — no more, no less. An effective testing effort ideally has a mix of manual and automated testing working in concert together.

Troy Walsh has worked in the software industry for about a decade. He started his career as a release developer at Epic Systems in Madison, Wis. During his tenure at Epic, Troy rose to the level of development lead. He moved to consulting after leaving Epic.

Troy currently works at Magenic in St. Louis Park, Minn., as a principal consultant. He is also the lead automation architect for Magenic’s QA group. His primary focus is on creating and designing test automation frameworks.

The opinions expressed in this blog are those of Troy Walsh and do not necessarily represent those of IDG Communications Inc. or its parent, subsidiary or affiliated companies.