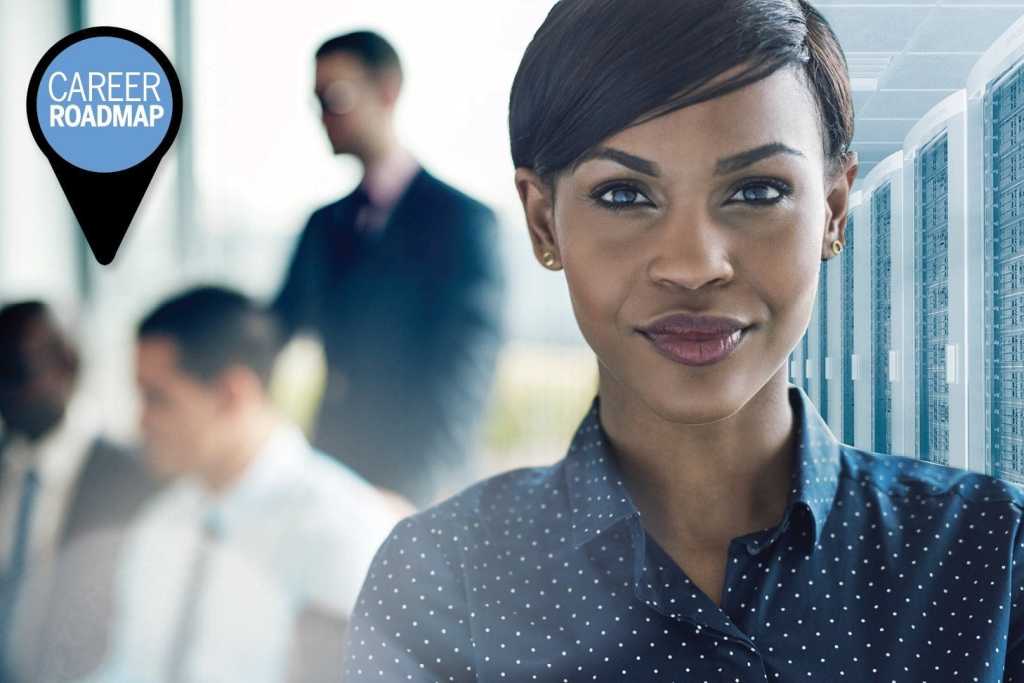 Lawrence Williams will be the first to admit he hasn’t gotten this far in his career on his own — his relationships with mentors have helped to inspire, motivate and drive him along the way. As a project manager in Chicago early in his career, his mentor was the CTO of the Chicago Board of Trade, who inspired him to further his education and take his career to a different level.

“I’ve always been goal-oriented. I looked at where I was, and where I wanted to be, and I saw that my mentor had an MBA and a PhD in Computer Science. I looked at what he’d accomplished and started to ‘roadmap’ how to get to that place, and that meant pursuing my own MBA and a Ph.D.,” Williams says.

He received his Ph.D. in Information Technology from Capella University, but some of the most important skills he learned there had nothing to do with hard technology.

“I’ve always been good at strategizing, at analysis and predicting trends — and I wanted to spark some trends of my own. But the things I learned from my Ph.D. that have been most important, I think, are critical thinking, in-depth organizational analysis and being able to develop solid future-proof IT strategies that are in line with where technology is going versus playing it safe and understanding where tech is now — though that’s certainly part of it,” William says.

As acting CIO of Simmons College of Kentucky, for example, he proposed investing in SmarTV technology for classrooms to facilitate streaming video and interactive learning instead of a more conventional, but more costly and time-intensive, infrastructure buildup.

“The executive teams thought we’d have to spend millions on upgrading our infrastructure to be able to facilitate this, but the internet of things is really allowing us access to bandwidth and devices that can deliver the same type of technology and experience within the constraints of what we already have. So, I’m in the process of contacting our ISP to ensure we have the bandwidth; that’s part of using new technology aligned with business constraints and our strategic initiatives,” Williams says.

That ability to align an organization’s IT needs with its business needs is key for a successful CIO, says Jennifer Selden, regional recruiting director, Randstad Technologies. But CIOs also must be excellent communicators, relationship-builders and proven business leaders with strong organizational skills, according to Selden.

“In many instances, they sit on the executive board; therefore, executive presence, confidence and a strategic mindset are very important. They must also serve as an educator, providing guidance on the business value and the risks technology systems can bring to an organization,” she says.

But just as important are leadership skills; specifically emotional intelligence says Kate Bezrukova, Ph.D., associate professor of organization and human resources in the University at Buffalo School of Management.

“You need to be really good at leadership and negotiation, especially with people who are different from you. You have to be able to create a great environment and maintain great relationships with your peers, your direct reports and your superiors without stepping on toes or hurting people’s feelings and at the same time be able to influence people. That’s where empathy and emotional intelligence comes in,” Bezrukova says.

She adds that EQ (Emotional-Intelligence Quotient), leadership and an ability to influence others are skills that are difficult to come by innately, which is why many CIOs have an MBA or an executive MBA (EMBA); courses through University at Buffalo in the school of management include organizational behavior, business strategy and organizational psychology to help hone those skills in MBA and EMBA candidates, along with courses in marketing, sales, technology skills and general business strategy.

“There aren’t that many people who are naturally good at managing others, so if you have that skill, it’s a major boon. Oftentimes, CIOs come from engineering backgrounds, which has less emphasis on leadership and management, so an MBA or EMBA is a great competitive advantage in the job market, because those leadership skills are eminently trainable,” she says.

The importance of EQ

Williams says he always thought he understood the importance of empathy and EQ in a C-level role, especially since it was a major focus area emphasized by one of his mentors, but it was brought home to him during an exchange with a supervisor shortly after his father passed away.

“In the aftermath of my father’s death, I was teaching at a university; it was the end of the semester and the academic year, and I was supposed to be finishing up grading — of course, my father had died. I was trying to cope with that and juggle all the academic and professional responsibilities, too, so I emailed my students, my peers and my supervisors and explained the situation and asked for a little bit more time to handle everything. One particular person replied, ‘Keep your chin up. So, when exactly can I expect those grades?’ and I was just floored. Shocked at the lack of empathy and the lack of any kind of support or offer to help — I realized then that was not the kind of leader I wanted to be,” Williams says.

While many see technology as a cold, efficient, “win at all costs” industry and stories abound of brutal, punishing corporate cultures and a “show no mercy” or “command and control” management style, Williams has always taken the opposite approach in leadership roles, and believes his teams and his direct reports respect him more and are more productive because of it.

“What you have to understand is that people work so that they can live — they are doing this work to support themselves and their families, and they have lives outside of the job. You shouldn’t live to work; it’s not healthy. I’ve managed teams, especially in India, where the culture around work is so different and I’ve had to make it very clear that I don’t want ‘yes men and women,’ who tell you what you want to hear about deadlines and projects — if there’s a challenge, personal or professional, I want to know about it so we can fix it,” Williams says.

Whether those challenges arise on-the job or in a worker’s personal life. That’s just part of being a great leader, he says. In a CIO role, you must know how to communicate and how to ensure work-life balance, both for yourself and for the teams you’re responsible for, he says.

“Every company is an IT company,” as the saying goes; striking a balance between business goals and technology goals is the key role of the CIO, as well as understanding the impact of cloud-based solutions, social media, mobility, and data analytics play in the current and future state of the organization, protecting against data breaches and security threats and establishing systems, policies and procedures to help the IT department run smoothly, says Selden.

The unique combination of hard technical skills with leadership, management and other soft skills along with years of proven experience is difficult to find, which is why CIOs are in high demand, and why the market for CIO roles will continue to be strong, says Selden.

Williams advises IT professionals who aspire to become CIOs to actively seek out and foster relationships with mentors — plural. He’s had many over the years; including mentors that help him keep his technical skills current and mentors that help him maintain his soft skills as well as plan for the next stages in his career.

“It takes a village to ‘raise’ an executive! Don’t feel like you can only have one mentor; find and cultivate as many relationships as you need, from all walks of life and from as many different perspectives as you can find, so you can work together and hopefully emulate their backgrounds,” he says.