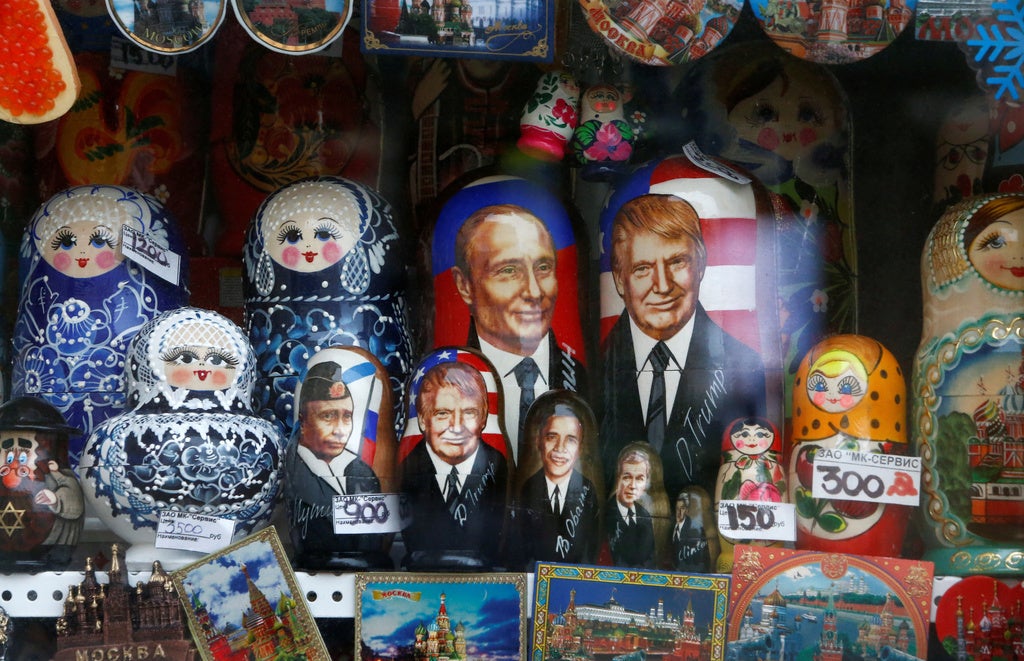 In testimony before the House Intelligence Committee, Comey also said that he has no evidence to support the allegations that the president recently made via Twitter accusing former President Obama of wiretapping Trump Tower.

Comey’s disclosure of a probe into the Trump campaign’s potential connections with Russia was a rare move for the bureau, which typically does not confirm or deny ongoing investigations.

“In unusual circumstances, where it is in the public interest, it may be appropriate to do so, as Justice Department policies recognize. This is one of those circumstances,” Comey said.

“I have been authorized by the Department of Justice to confirm that the FBI, as part of our counterintelligence mission, is investigating the Russian government’s efforts to interfere in the 2016 presidential election, and that includes investigating the nature of any links between individuals associated with the Trump campaign and the Russian government and whether there was any coordination between the campaign and Russia’s efforts,” he told the committee. “As with any counterintelligence investigation, this will also include an assessment of whether any crimes were committed.”

[ Related: Spy chief: US should use all tools to counter Russian hacking ]

Because the investigation is ongoing, and involves classified information, Comey would not provide details on any specific steps the FBI is taking or individuals it is looking at.

During a hearing that lasted more than five hours, Democrats pressed Comey on the Russian ties of various Trump associates, while Republicans focused much of their questioning on how the numerous leaks of classified information have made their way into the press.

Comey testified alongside Adm. Michael Rogers, director of the National Security Agency, and both officials reiterated the findings of a January intelligence report that concluded that the Russian government actively interfered in the 2016 election with the aim of helping Trump defeat Democrat Hillary Clinton.

There was a strong cyber component to those efforts, with hackers stealing emails from Clinton adviser John Podesta and the Democratic National Committee and sharing them with WikiLeaks and other sites.

[ Related: Trump: It was probably Russia that hacked the DNC, Clinton campaign ]

Comey addressed the hacking at Monday’s hearing, telling lawmakers that Russian-backed operatives attempted to break into election systems like voter registration rolls, but that the intelligence community found no evidence suggesting that hackers had targeted voting systems themselves. The intelligence report also made no judgment on whether the Russian interference had actually influenced the outcome of the election.

Comey indicated that the probe into the Trump team’s associations with Russia could last for months. His testimony also further undermined Trump’s alarming allegation that Obama had wiretapped his campaign headquarters, which the president made without offering any supporting evidence.

Trump has been addressing the issue with a fresh round of messages to Twitter, raising questions about the Clinton campaign’s contact with Russia and calling for the Congress and the FBI to focus their attention on stopping the leaks of classified information. In one tweet, Trump wrote: “The Democrats made up and pushed the Russian story as an excuse for running a terrible campaign. Big advantage in Electoral College & lost!”

In a briefing with reporters, White House Press Secretary Sean Spicer noted that Monday’s hearing was the first of several the Intelligence Committee is planning, and that “the president is happy that they’re pursuing the facts in this.”

He said that he was not aware of the FBI having interviewed anyone in the White House as part of its probe.

Spicer also pointed to comments made by Obama administration intelligence officials indicating that they had seen no firm evidence of ties between the campaign and Russia, and suggested that some of the people the FBI will scrutinize were simply aligned with the campaign but had no formal role in it.