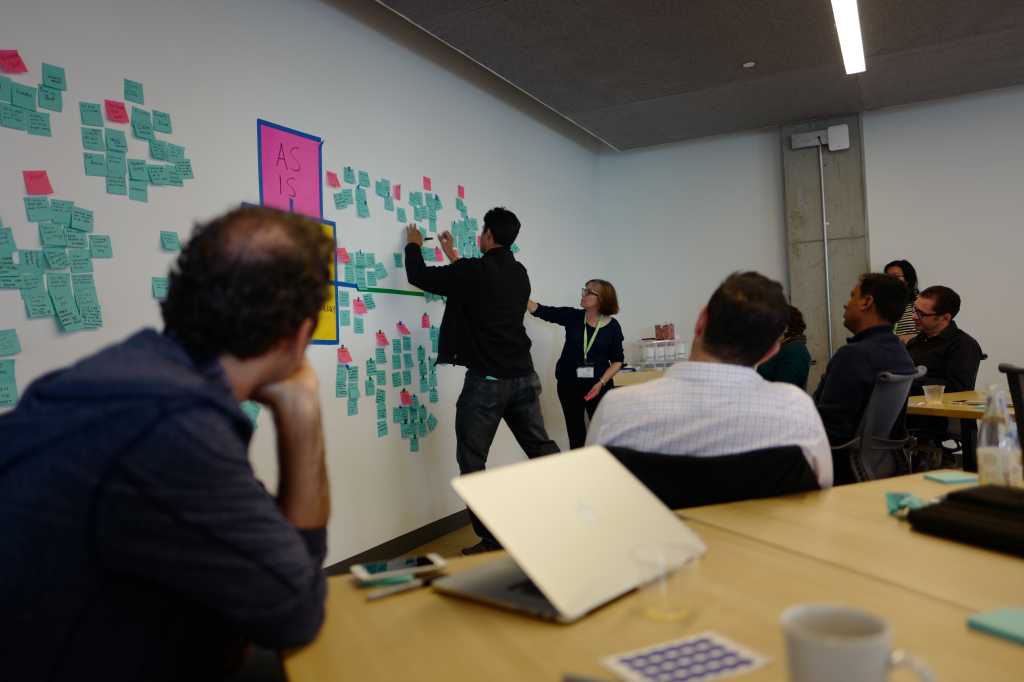 Schlepping my bag through Hartsfield a few weeks ago I ran into an old colleague I’ll call Michele.

Michele had been an independent IT consultant helping companies launch centers of excellence. We’d worked together, occasionally competed, and reconnected annually at industry and analyst events. Last time I saw her she was helping a midsize manufacturer go digital. We lingered on the concourse catching up, and I asked about her gig.

“They hired me full-time,” she announced brightly.

I was surprised. Michele was in high demand as an independent, accustomed to the road warrior life, and she’d showed no signs of slowing down. I congratulated her and asked why she’d decided to go captive.

“Well, the money’s not bad,” she began. “But it was the opportunity. I’m their first Chief Digital Officer, reporting to the CEO. Building the team, architecting the infrastructure, checking out startups… you know. Green field!”

I did know. As management consultants, clients usually engaged us to resuscitate moribund business initiatives, revamp delivery processes, recommend modernization strategies, or assess team capabilities. Guiding a company into the digital age was a rare opportunity, a chance to create strategic value, to drive growth.

“Nice!” I exclaimed above the din of boarding announcements, the hum of an espresso machine and a crying baby.

She smiled ruefully and added, “But I have ZERO authority.”

“Huh?” I draped my coat over my roller bag. “They knew enough to hire you. Are they giving you the funding…?”

“Oh, sure,” she said, as if digitizing a 5 billion dollar manufacturer required mere pocket change. “It’s just that I can’t make any decisions by myself. Everything requires a meeting.”

Michele was talented. She’d built proven processes to launch and sustain strong teams. She’d come up from the technical side and was savvy about emerging technologies. She could sketch out a technology architecture on the back of a cocktail napkin, and have cost estimates by the time dinner came.

I pressed her. Surely she could overcome a consensus-driven culture? We’d both worked in those environments. Michele was a master practitioner in the art of subtle influence. “Up and down hierarchy, people I work with can’t do anything without a meeting. Recommendations from a single individual simply aren’t accepted.”

She rolled her eyes. “If a decision hasn’t been made with a bunch of people in a conference room, nothing gets done. I’ve presented four different plans to the executive team and I have to get ‘buy in’ for everything. I swear,” she added with a half-smile, “if I had to take a shot of tequila every time my boss suggested brainstorming, I’d be Patron’s largest shareholder.”

I’d been there. Consensus-driven corporate cultures can be deeply entrenched and almost impossible to undo. Many executives even take pride in having a “culture of nice.” The joke at one company I worked with was that in a contentious meeting, a vote of 9-1 was considered a tie.

The need for agreement is often a cover for a reluctance to innovate or worse, for an inability to say “no.” Such cultures thrive on passive aggression, colleagues agreeing in meetings only to question decisions or reverse them later. The outcome? Commoditized products and watered-down results. There is safety in stasis. But there’s no competitive differentiation. And there’s certainly no growth.

“Thank God for white boards,” I joked, trying to lighten the mood.

“No regrets,” she said, her tone lightening. “At least they’re giving me more budget.”

“For what?” I was flummoxed. How could they could stymie Michele’s authority on the one hand while the funds continued to flow?

“For an external consultant,” she said.  We locked eyes for a moment, then  gathered up our things, and ran off to catch our flights.