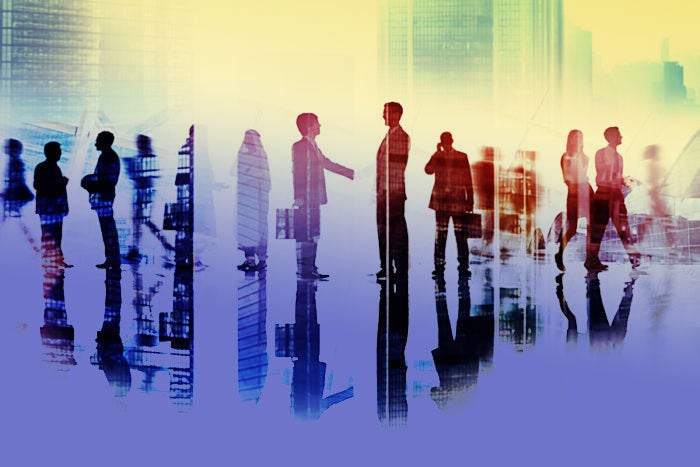 You’re probably familiar with the legend of John Henry, the “steel-drivin’ man” whose prowess as a steel driver for the Chesapeake & Ohio Railroad was measured in a race against a steam-powered hammer. Though folklore says Henry won that contest, he died with his hammer in his hand when his heart gave out from the stress.

What does any of this have to do with sourcing and recruiting? Quite a bit, actually, according to Jason Roberts, global head of technology and analytics with Randstad Sourceright Talent Innovation Center. Roberts uses the John Henry story to illustrate the need for adaptation in the face of coming technological automation.

“What’s important to remember is that while the steam hammer eventually took over all these steel-driving jobs from humans, there are arguably things that it couldn’t do as efficiently or effectively; some terrain where those wheels don’t travel so well. Some areas where it might not fit and humans still had to come in and do what they do. And today, in recruiting and sourcing, there’s still a lot of anxiety around the fact that automation might come in and make some of these activities obsolete,” Roberts says.

That doesn’t mean sourcers and recruiters are heading for extinction — precisely the opposite, Roberts says. Automation is freeing up humans to do what they do best — make personal, intimate and lasting connections and build relationships with other humans — while letting machines do what they do best — quickly repeating mundane, tedious and boring tasks without errors.

“Humans and machines excel at different things. Machines are great at repetitive tasks and anything that can be expressed as rules, which is what algorithms are. Humans are terrible at that. But what they’re great at is advanced pattern recognition, like you’d use in judging emotions or driving, and they’re good at empathy. The prevalence of automation is actually good for us because it helps expedite and better handle the things we’re bad at, while giving us more space and time to do what we’re good at as humans,” Roberts says.

To automate or not to automate

Some sourcing and recruiting tasks are already being automated, Roberts says, like initial sourcing, job matching, initial résumé screenings, compensation benchmarking and interview scheduling. But if all sourcers and recruiters are using the same tools, finding talent the same way and finding the same pools of talent using those methods, then who wins?

“Human interaction is the ‘killer app’ for human recruiters. If a machine can match as well as the best humans we know, then the playing field is leveled, and you need new differentiators. The person who can convince a candidate to take their job through engagement, through human interviews, through personal connection, branding, advertising and creative and a great employee value proposition –they win,” Roberts says.

Human interaction is something job seekers crave, too, which means they’re likely to respond positively to sourcers and recruiters who augment technological approaches with a more personal touch.

A new survey from Beyond.com of 6,000 job seekers found that the majority, 56 percent, felt that technology has already made the interview process too impersonal, with more than half reporting that commonly used video technologies like Skype interfere with a hiring manager’s ability to accurately evaluate a candidate’s soft skills.

The survey did reveal, though, that job seekers acknowledge the ways technology has made the job search process easier; 73 percent say it’s made the search and recruiting part of a job search easier, according to the Beyond.com report. But when it comes down to it, job seekers still want other human beings to make the final decision when it comes to hiring, says Joe Weinlick, senior vice president with Beyond.com.

“Job seekers are scared by the specter of a computer interviewing them or making the hiring decision. At the same time, people have come to embrace technology in many areas of job search, with most people searching for jobs almost entirely online, relying on computers to match them with appropriate jobs. While it’s likely that one day most job seekers will embrace a greater role for technology in the interview process, today companies that are eager to employ interviewing technology would be wise to include an option for some old-fashioned personal interaction if they want to attract all candidates,” Weinlick says.

It’s an augmentation approach. By focusing on these very human activities now, at the early stages of automation, sourcers and recruiters can gain a competitive edge and bring the best talent available to their open roles.

“You have to do things a bit differently, but there are so many places in this process where humans are and will remain invaluable. See what tech you need to get on top of this, and then use it to free up your time to devote to these more high-value activities,” says Roberts.