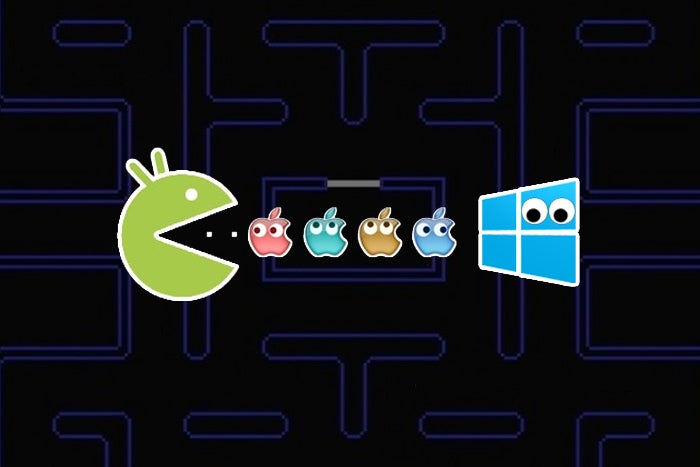 Jan Tik
We had this joke: ‘total world domination was our goal.’ Everybody laughed at us. Then we did it and nobody even noticed. I mean, we’re everywhere. We’re going places that Linux has never been. It’s crazy to think that this project we all started working on for fun, myself included, has done this. It’s insane. — Linux kernel developer Greg Kroah-Hartman

All of this is personal computing and a majority of these devices run on Linux-based operating systems including Android, Chrome OS, Ubuntu and Tizen. As Aaron Seigo, Senior Technologist & Evangelist at Kolab Systems A.G. said, “The desktop of today is not the desktop of 20 years ago.”

Now hold your breath for the news flash: Android has overtaken Windows for the first time in the personal computing space.

According to Statcounter, “Android topped the worldwide OS internet usage market share with 37.93 percent, which puts it marginally ahead of Windows  (37.91 percent) for the first time.”

It’s a slim margin, but it shows remarkable growth for Android. “This is a milestone in technology history and the end of an era,” said StatCounter CEO Aodhan Cullen.  “It marks the end of Microsoft’s leadership worldwide of the OS market which it has held since the 1980s.  It also represents a major breakthrough for Android which held just 2.4 percent of global internet usage share only five years ago.”

Cullen shares the same vision of the personal computer that Seigo and I share, “Windows won the desktop war but the battlefield moved on,” said Cullen. “It will be difficult for Microsoft to make inroads in mobile but the next paradigm shift might give it the opportunity to regain dominance. That could be in Augmented Reality, AI, Voice or Continuum (a product that aims to replace a desktop and smartphone with a single Microsoft powered phone).”

As far as AI is concerned, Google is already ahead in the game with its Google Assistant, while Microsoft’s projects are still in the prototype phase. I feel Google will dominate the AR/VR games, which translates into further dominance of Linux.

Torvalds finally got his desktop, even if this is not the desktop he was looking for!