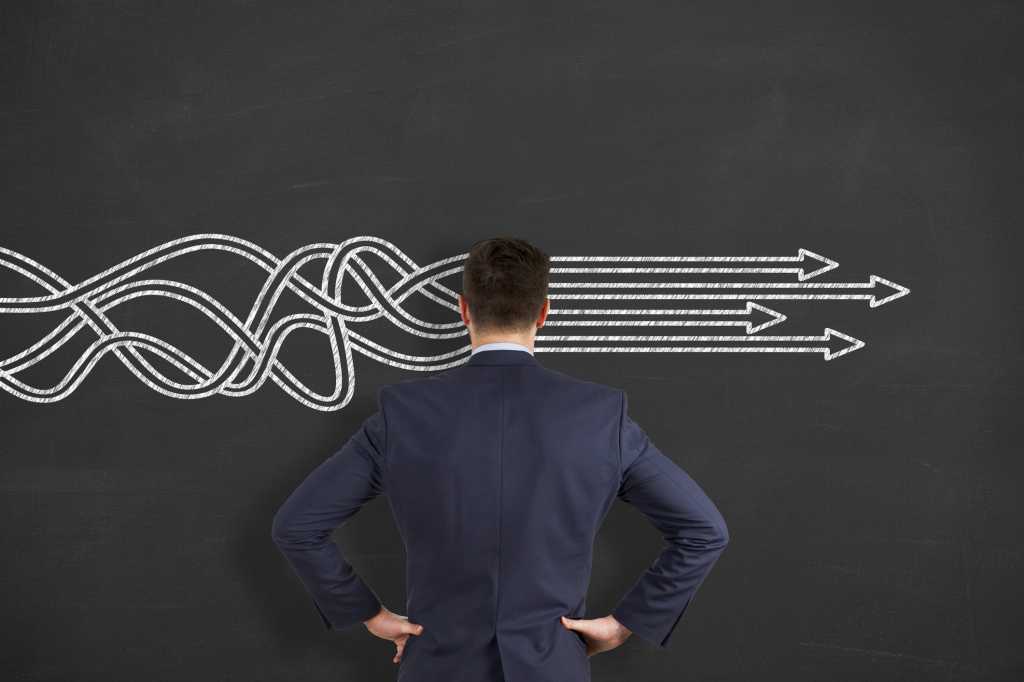 “Have you ever wondered why over half of IT projects fail?” said the voice on the other end of the phone.

The cold caller hadn’t ingratiated himself by calling me “Dave.”

I’m David. It’s not that I mind “Dave” — it’s just not my name. Quite an assumption, too, I mean, I wonder if he’d open a call to someone called Sharon with “Hello, Shaz!”

However it was the casual bandying around of that rather negative statistic that really got my goat because in my experience most IT projects deliver their desired outcomes. I decided to challenge him. “What are you basing that on?” I asked.

He had a script for that.

“According to the Innotas annual project and portfolio management survey … 55 percent of IT professionals reported they had a project fail,” he countered.

“Interesting, and how many of the world’s 16 million or so project managers did they ask?”

He didn’t have a script for that.

I remembered the statistic, from a few years back, so I filled him in, “126. For the survey I think you’re referring to they asked 126. Out of over 16 million.”

Soon after that, we agreed that I probably wouldn’t be needing the services he was selling and I left him to call “Gaz,” “Bob,” “Bridge” or whoever was next on his list.

Maybe I was a little hard on him. Some IT projects do fail, it would be naïve to think otherwise, my problem is that we always focus on the negatives.

To be clear, you should learn from your mistakes. Not exclusively, though.

Actually, I challenge the assertion that your last mistake is your best teacher.

If your last mistake was to eat spaghetti Bolognese with chopsticks, then the knowledge gained learning from this will be of little use when confronted with a chicken chow mein. The point being that the lessons to be learned from the million times that you got it right often get overlooked or at least not given equal billing as what you learn when you mess up. Now that’s a mistake we can all learn from.

Just think about the logic of it for a moment.

It goes well, you high five one another and enthusiastically move onto the next project. It goes badly and you navel gaze. Imagine the valuable lessons that you could learn by pausing to identify what worked and making each lesson a habit in the future.

In project management terms, as in most situations, it’s just that what causes stuff to go wrong is easier to spot than the reasons behind things going right.

If you’ve had a project deliver late, over budget or with different outcomes to those promised, it’s usually easy to pinpoint where it went AWOL. You can identify the scope creep, the contingency budget mistake, the over optimistic delivery date, the resource planning issue, the staff allocation problem. Nine times out of ten it will be staring you in the face.

It’s not so easy to pinpoint exactly what it was that you did that was so right that it led to project success. It’s probably not in our human nature either.

When you have a bump in your car that was your fault, you berate yourself for pulling out, for overtaking at that moment or for not concentrating reversing into that space. But how many times had you previously done all of these things and not suffered any negative consequence? Did you congratulate yourself on those occasions for what you did right and make a mental note to do more of that in the future? Of course not, but whatever you did in those instances is what kept you safe, so perhaps “why stuff goes right” is worthy of the same level of scrutiny as why it goes wrong.

I’ve been working in this way for some time, myself and with clients, and it is harder to spot. Best practice rarely leaves big red flags for you to find afterwards in the same way that a good old fashioned calamity does. The rewards are well worth the effort though.

It might be that you identify being frank and honest with a stakeholder as a key moment. In one case, a project manager was candid about the impact a proposed change to the scope would have. She negotiated an extension of the delivery date and extra budget and was able to keep her project on track. She identified that being forthright and honest about potential consequences is a good thing to habitualize. It’s something she has become famous for.

On another occasion, it was a timely foray into the Project Management-as-a-Service market that was flagged as the moment that it all went right. This project was struggling with resource issues, milestones were missed or narrowly achieved, the signs were not good when the CIO and Project team searched the PMaaS universe and found complementary resources that filled capability gaps. Since then I know that they have repeated this good habit several times buying in everything from individual skilled resource solutions to a fully managed project management office when they had too much on their plate.

A third client carried out a gap analysis between his business objective and his current IT capability without even realizing. Actually, it was “Eureka!” moment that led to him take a view of how the entire business was structured to support the strategic objectives, it just so happened that he got such great value from aligning IT infrastructure and service capability to his business requirements that he decided to make it a regular habit. I’ve since had the pleasure of carrying out formal IT gap analysis and project management office assessments with this business and can report that it is in better shape than ever.

So I guess the moral of the story is, sift through the trash when you have to but I genuinely believe that focusing more on what you did when you got it right will teach you more valuable lessons on how to repeat such success in the future.

Plus it’s good for the soul. It will serve to remind you how great you actually are.