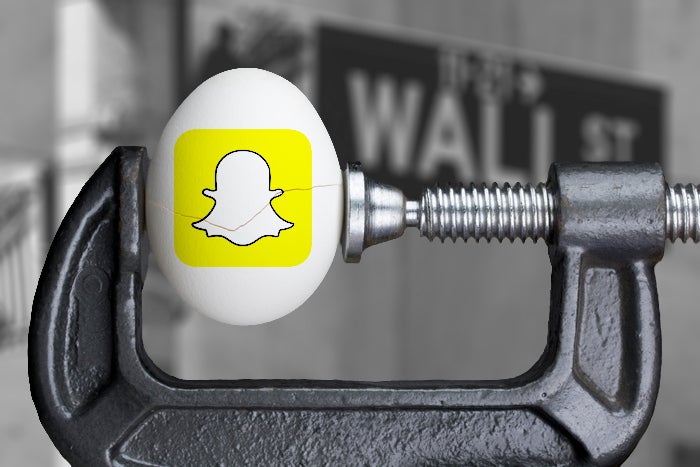 Snap, the makers of Snapchat, has faced at least some of the pressures that come with being a publicly traded company for a full month now and it’s already showing signs of change. On Friday, the company enabled a new search function that allows you to search through public posts, or Stories. In its pursuit of more eyeballs and longer sessions in the app, Snap is evolving and embracing features that run counter to its traditional user experience and more closely mirror those of its competitors.

Facebook has, as if on cue, been pulling out all the stops to stunt Snapchat’s growth. Stories, a format popularized by Snapchat, is now a core experience across all four of Facebook’s most popular apps. Snapchat’s growth rate is slowing and, like every social media company that went public before it, that will be a top concern for investors. Much of Snapchat’s growth is being driven by older Americans and eMarketer projects that to continue as the company inks more media partnerships to position the platform for produced TV-like content.

Snap isn’t the first company to face post-IPO pressures, but it’s showing little restraint as it maneuvers for top position in an increasingly hostile landscape. Within a month of going public, Snapchat has abandoned one of its core principles. User-generated content is no longer ephemeral or limited to a 24-hour window of availability. The move brings the app more in line with platforms like Instagram, Facebook and YouTube where you can search for videos, including those posted by people they don’t follow.

“After an IPO, nearly every dynamic changes,” says Patrick Moorhead, president and principal analyst at Moor Insights & Strategy. “First and foremost, it forces the company into a rhythm and decision-making process governed more by Wall Street than by its customers.”

Snapchat Stories are being categorized by caption text, timestamps and visual elements through the use machine learning. The company says there’s more than a million unique Stories already available via public search. Users can still keep their posts private, but by submitting their Snaps to “Our Story” they become publicly available and searchable for up to a few months, according to the company. Our Story essentially elevates users to curators who can package content into specific Stories based around locations or big events.

Changes occur quickly in the social networking space and it becomes even more important for companies like Snap to prove their value after an IPO, according to Forrester analyst Erna Alfred Liousas. Private companies have the luxury of time to sort through challenges, whereas the public environment almost necessitates quick, deliberate changes that appear to come from positions of strength, according to Alfred Liousas.

“Facebook must be doing something right as its employees are not only loyal, they keep things close to the vest,” she says. “That implies everyone understands what they’re working towards and why. That’s a behavior Snap should definitely mirror.”