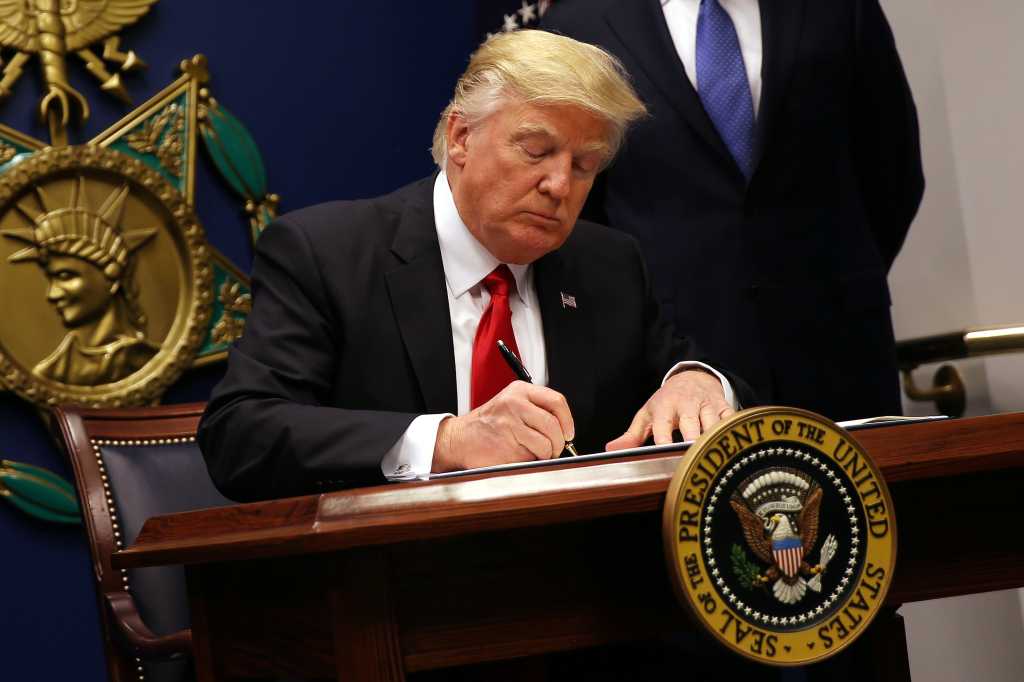 Who wouldn’t want fair pay and safe workspaces? Well, the President, apparently, since he made a big show of repealing some Obama-era protections for exactly that.

On March 27, NBC News reports that Trump “revoked the 2014 Fair Pay and Safe Workplaces order then-President Barack Obama put in place to ensure that companies with federal contracts comply with 14 labor and civil rights laws. The Fair Pay order was put in place after a 2010 Government Accountability Office investigation showed that companies with rampant violations were being awarded millions in federal contracts.

In an attempt to keep the worst violators from receiving taxpayer dollars, the Fair Pay order included two rules that impacted women workers: paycheck transparency and a ban on forced arbitration clauses for sexual harassment, sexual assault or discrimination claims,” according to NBC News.

What does this revocation mean, in laypersons’ terms? It means that companies that receive federal contracts no longer have to reveal pay scales, earnings, salaries and other details that can be used to ensure women are paid the same as men. It means companies can violate labor laws with impunity and still receive millions of dollars — taxpayer dollars — in contracts.

The removal of the ban on forced arbitration clauses means that once again, many sexual harassment, assault or discrimination claims will automatically be kept hush-hush, forcing these cases into secret proceedings and out of the courts and the press, further silencing women who’ve endured these violations and preventing other women from hearing about them.

So, basically, we’re paying these companies, with our tax dollars, to treat their workers horribly and to discriminate against women (and most likely, other underrepresented groups). Great. Fantastic.

But at least there’s a bit of good news; in an 8-3 decision, the Seventh Circuit Court of Appeals ruled that workplace discrimination based on sexual orientation violates federal civil rights laws. Lambda Legal reports that “The court found that such discrimination is a form of sex discrimination in violation of Title VII of the Civil Rights Act of 1964, the federal law prohibiting employers from discriminating against employees on the basis of sex, race, color, national origin, and religion.”

So, there’s a small victory. And at this point, I’ll take all the good news I can get.