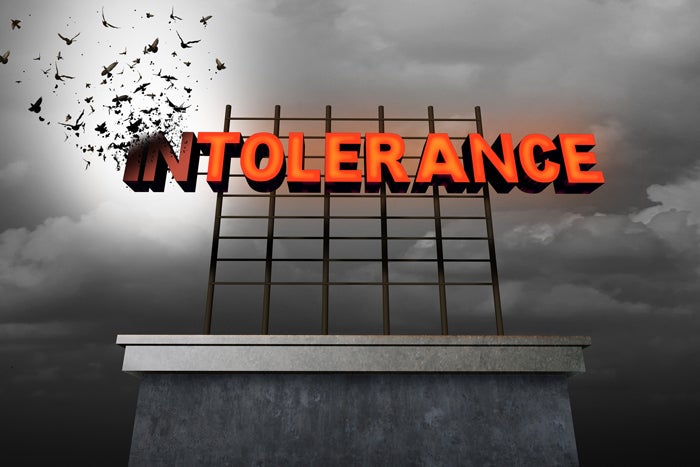 When I first came to the Silicon Valley it was to work for ROLM Systems and while I’d been recruited by firms like Microsoft, I chose ROLM because it actually had a Great Place to Work organization.   I’d worked for a number of companies before ROLM and I decided that the quality of my life was more important than the any other factor. Looking back, two of the best managers I’d ever had, and the happiest years, were spent there.   Sadly, ROLM was acquired and the firm that acquired it felt “Great Place To Work” was every manager’s job description, which, if you know how that works, means it is no one’s job description. As a result, I got to know some really nasty managers.

The recent stories about Fox News and Uber highlighting practices that are all too common in the technology industry made me want to share my thoughts on firms with histories of abuse. I want to look at why these practices exist, why they have been extremely hard to eliminate, and why you should — when you choose a company or a manager to work for — look at how a firm treats its employees as one of the key indicators of whether you should work for, or even buy from, them.

Generally, employee abuse often brought about by a perceived or real threat (more detail here) to the abuser. It is an abuse of power. If you are being abused it is likely because the abuser feels threatened and is attempting to reinforce a feeling of superiority. It may be because you refused a sexual advance; or it could be that you showed capability that they feel might make others think you’re more qualified for their job than they are; or they might believe that you weren’t showing them the respect they feel they deserve.

You often see a lot of abuse in firms that are experiencing lots of layoffs, or where upward mobility is very constrained because the firm isn’t growing and in firms that practice Forced Ranking. However, you can also see this in firms growing too rapidly to effectively do background checks and are bringing in people with problems, this is part of the problem with Uber. Then you have firms where the problem is endemic, which appears to be the bigger problem with Uber and Fox News.

If you have a CEO who is abusive and has a history of being called out for sexual harassment, chances are you’ll have an endemic problem. I recall one firm I worked for where there were serious issues with the board and CEO. Eventually, the HR vice president was fired for sexual harassment. That wasn’t just tough on female employees, it created a ton of drama and very costly settlements that eventually led to the firm being sold. In short, abuse and sexual harassment are bad business that creates a toxic atmosphere putting everyone’s job at risk.

Why it continues: Abuse and weak compliance

We’ve had policies against abuse and sexual harassment on the books for decades. Some firms I’ve worked for, and with, have some of the most aggressive zero-tolerance policies in the world yet often have high incidences of bad behavior. There are three reasons for this. One is that some employees abuse the rules, the numbers are low, but it happens enough that managers are put into a position to discredit those who abuse the rules.

[ Related: Battling gender bias in IT ]

I had this happen to me when I was a young manager, and I think my life passed before my eyes. I had a female employee who had sticky fingers. I warned her once about stealing, but still she did it again, so I had to fire her. She then reported that I’d fired her because she wouldn’t go out with me. I was then faced with trying to prove I didn’t do anything wrong. My staff backed me up, given her theft had been also been reported by other staff, but I thought for a moment my career was over.

Another reason why this behavior won’t go away any time soon is that complaining is often a career-ender regardless of the outcome. It makes you look weak, the more powerful person you are complaining about will work to create the impression you made it all up, and other managers won’t want you because you now represent a possible risk to them.

And, finally, HR sucks as an investigative body. Since the 1970s, HR has largely been a regulation compliance organization. HR has little actual power, and it has no real resources to do an investigation or to protect the employee who complains, which would be critical to assuring the employee and manger were treated fairly.

Outcomes often depend more on the attorney the employee hires than the merits of the case, and zero-tolerance policies don’t help because they are just stupid.

Here is an example of why I say this. One of the most powerful tech companies in the world had a zero-tolerance policy. A high performing manager fell in love with someone lower in his chain of command, it was mutual. That manager attempted to address the problem by moving his love into another organization, with her permission, to remove the conflict so they could continue to date (they eventually married). However, both were fired instead of being rewarded for trying to honestly deal with the situation. They then received a massive settlement because they argued unfair enforcement since the married CEO, and his predecessor, both had affairs with employees (while married to other people) and had not been fired.

The firm lost two highly productive employees and a ton of money. The lesson learned for the employees was that it is better to cover things up than to try and actually address the problem. People are people, and attraction is virtually impossible to regulate.

Why you should avoid zero-tolerance policies

This may sound strange, but I’d avoid companies with zero-tolerance policies. The implication is that the executive staff thinks their managers can’t manage and these polices generally do more harm than good. Since technology firms are being measured for diversity right now, those that fill that need have an advantage, and more choice, than would typically be the case. Ask about and research the firm’s history regarding abuse. Every large company will have had issues, look at how the situations were handled, whether they will speak openly about them (or pretend they didn’t exist), and make this part of your consideration process.   Also, observe how the employees treat each other and their manager. Are they friendly, respectful, and humorous or do you see fear, resentment, or distrust.

One more piece of hard-learned advice, if you think you see abuse don’t report it, approach the allegedly abused employee after the event and tell them you’ll back them up if they report it themselves. The reason for this is that you may have taken what you saw out of context and, even if you didn’t, you don’t know the situation and likely can’t protect them.

I’ll leave you with one final story. I once worked at a service organization where employees were like family. Two female sales reps walking through the department one day and observed the following: A female tech asked her manager in the call center what she’d need to do to get a raise and her manager made what was clearly an inappropriate joking response. It was a joke he would have made with any of the male techs as well because this kind of banter was common in the group, was not offensive to any who participated (the techs tended towards salty language but their performance was unmatched).

The sales reps reported the conversation, the manager did not deny anything, and zero tolerance kicked in and he was removed from management and the employee who’d asked for the raise felt responsible. The result showcased that even well-meaning attempts to address abuse can, in and of themselves, become an abuse of power if the report is merely a perception of abuse, but the reality is that no abuse had taken place.

In the end, I’m suggesting you pick firms that value actually treating their people right over those that are more interested in creating and maintaining a false perception.   Good luck!