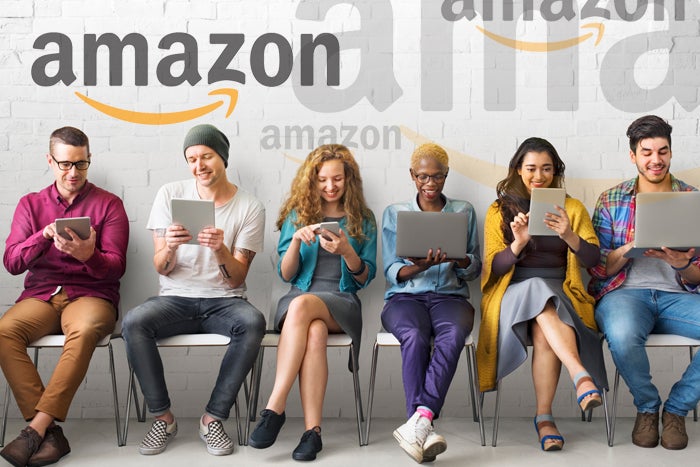 Microsoft has for decades owned the intersection of collaboration, productivity and communication. However, as these services shifted to the cloud, it opened pathways for greater competition and flexibility in how organizations deployed applications for their workforce. Through G Suite, Google has stretched its resources and refined its family of apps for enterprise. The market is far from locked up, however, and analysts see at least some room for new players to emerge to challenge Google and Microsoft.

Could Amazon be the dark horse of enterprise collaboration? The company has a dominating position in cloud-based infrastructure, but its moves in the application market, albeit reserved, have yet to deliver similar impact. But what if it decides to focus on the collaboration market?

“[Amazon] could have an impact if they get serious about it, but I have not seen many signs of that happening,” says Jeffrey Mann, research vice president at Gartner. “WorkMail and WorkDocs have been around for a couple years with nothing really compelling about them, and very little uptake. Chime is a more recent addition, but they are still pretty far from having a complete suite or much to differentiate their offerings.”

Amazon will disrupt whichever space it decides to jump into, but Amazon is unlikely to go head to head with Microsoft’s Office 365 or Google’s G Suite, according to Raul Castanon-Martinez, senior analyst at 451 Research. “The lines are blurring between business communications and enterprise collaboration and productivity — and their convergence is defining a new segment which some vendors are calling ‘collaborative communications’ or ‘workflow communications,’” he says. “Amazon, Google and Microsoft are each approaching the market from different angles. Google and Microsoft are strong contenders when it comes to productivity tools, while Amazon is focusing on business communications and team meetings. All three overlap with it comes to collaboration.”

Jan Dawson, chief analyst at Jackdaw, says Amazon has been smart to focus on areas that are being over or underserved in the market. Chime, for example, is “much less feature-packed than some of the alternatives, but performs the key functions of a web conferencing solution much better than the competition, notably WebEx,” he says. Web conferencing is easier to displace than a productivity suite as comprehensive as Office 365 or G Suite, he adds. “I think Amazon would struggle if it tried to take on Microsoft and Google in the core productivity space, and it’s better off continuing to nibble at the edges in areas where those companies are weak.”

Amazon would face challenges vs. Microsoft and Google

“Enterprise cloud office has been a very hard market to crack,” Mann says. “Big companies like Novell, Oracle, Cisco and IBM have failed. Apple has stayed away from it. I can understand why they are holding back.”

Amazon would also be a late entrant without a compelling offering, according to Mann. The company would also have to contend without an ecosystem to extend or support their system and a lack of awareness that Amazon is even in the market, he says. “This is a volume-driven market. Without millions of seats, it will be hard to compete.”

The inherent power of incumbency, particularly from entrenched providers like Microsoft, would be Amazon’s biggest challenge, according to Dawson. “Companies’ reliance on the Office suite and the associated back-end services like Exchange are huge barriers to switching, as Google has discovered over the years,” he says. “Google has slowly eroded some of that resistance over time, and has done particularly well among smaller companies with less legacy infrastructure, but it’s still an uphill battle. So for a company like Amazon, with very little track record in end user productivity software, it’ll be a long road.”

AWS could be Amazon’s wild card

Amazon has at least one powerful tool, Amazon Web Services, that could support the company’s pursuit of cloud-based apps for work, but analysts don’t believe that underlying infrastructure will be enough on its own to overcome areas where it still lacks core competencies. If Amazon’s strategy is to position AWS as a gateway to a range of services, the company will have to appeal directly to the needs of its existing AWS customers and it appears many of those organizations needs are already being met elsewhere, according to Keitt.

“Many companies do already have a relationship with Amazon for AWS, and that may help with relationships and trust, but providing end user software is very different from supplying IT departments with cloud services, and that’s going to be a tough transition for Amazon,” Dawson says. “Yes, AWS underpins these newer services and that may make some integration work easier, but it’s far from the most important facet or issue of a migration like this.”

Amazon is slowly moving up the stack, but its key strength remains in AWS and the synergies created when enterprise apps are run on the cloud, according to Castanon-Martinez. “Running a critical collaboration tool on AWS makes sense give its global reach and extensive communications infrastructure already in place,” he says. AWS also has a “well-earned reputation for reliability and scalability,” which will be key benefits for any services Amazon decides to launch.

Areas where Amazon can compete

Amazon has yet to package its apps for end users into a comprehensive suite, but the company is already in the market with a range of apps including WorkDocs, WorkMail, WorkSpaces, Chime, QuickSight and AppStream. “To a certain extent the company is already competing although their focus is clearly on team collaboration and not so much on personal productivity,” Castanon-Martinez says.

“Amazon typically competes on price and scale so that is something we can expect by default, but the market is moving away from feature parity,” he says. Amazon could also capitalize on the unnecessary complexity of Office 365 and G Suite with a product portfolio that doesn’t overlap and create confusion for customers. “Both Google and Microsoft need to streamline their enterprise collaboration, productivity and communications tools while Amazon is starting fresh,” Castanon-Martinez says.

Mann says he would advise Amazon to position its apps as an opportunistic offering with low expectations. “This is a demanding market with mature products, so it will be hard to compete on a head-to-head basis,” he says. “Amazon could potentially compete on price, if they were willing to invest massive amounts and suffer losses for several years before building up enough volume.”

While Microsoft and Google have weak spots in their suites, it’s not clear what capabilities Amazon can develop that would differentiate it from these widely used services that have become standard in many businesses. “That’s the overarching question and to this point they haven’t unveiled anything, and best I can tell they haven’t made too many acquisitions that would say that’s an area they’re going to play in,” Keitt says.

“Unless you are offering something or have figured out a part of the market that is looking for something different and unachievable by the existing players in the marketplace it’s going to be difficult for your business to really make huge waves,” he says. “You never really win in business by trying to compete on someone else’s core competency.”