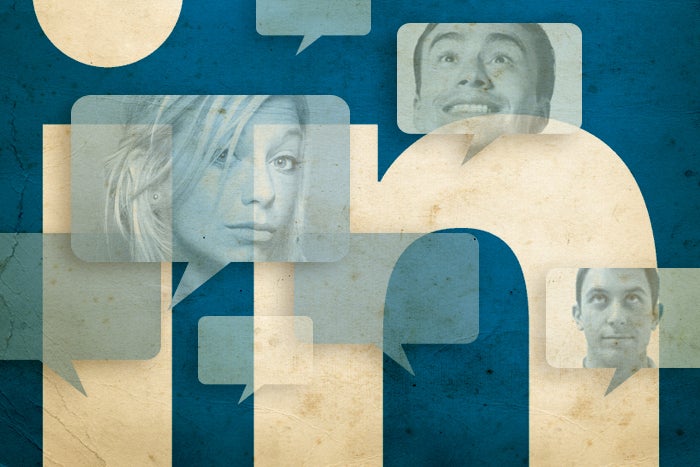 Messaging is a crucial feature of LinkedIn, but its presence as an app within an app has limited its reach and effectiveness. LinkedIn hopes to change that by reimagining how conversations can surface and unfold across the platform. The company is releasing a new messaging interface for desktop that makes it easier for you to engage with connections on any page on the site.

The new interface, which has already been available to some users as a preview, looks and acts like older instant-messaging clients that run in a small frame or window within a site. Instead of burying messaging within a tab that requires you to abandon all other activities on the site, the messaging interface will now follow you around the site and be readily accessible from any page.

“We’re trying to make conversations at LinkedIn much more pervasive, easier to access and smarter by taking advantage of insights in your network,” says Chris Szeto, director of messaging products at LinkedIn. “We’re trying to help you be more productive, so we’re putting messaging at your fingerprints so you don’t have to change contexts so much.”

Half of LinkedIn’s active members use messaging

Roughly half of LinkedIn’s active members are using messaging every week, according to the company. The site has 467 million registered members, but less than a quarter of those are using LinkedIn monthly.

LinkedIn is also emboldened by the organic growth it has experienced across messaging of late. Prior to the new interface rollout, total messaging volume increased on the platform by 40 percent year over year, the company says. Finally, those conversation starters that every LinkedIn user is familiar with — work anniversaries, birthday reminders and the like — are generating 60 million interactions per work, according to the company.

The new messaging interface is designed to help you start conversations on the fly without losing sight of everything else you might be doing on LinkedIn. You can now, for example, reach out to someone directly from the LinkedIn Feed and have a conversation with a connection without leaving their profile.

As is the case with other aspects of LinkedIn, data from your activities and connections will be used to add contextual and relevant suggestions for contacting a particular company or applying for a new job. “We’re trying to weave messaging into everything you do on LinkedIn,” says Sammy Shreibati, senior product manager at LinkedIn.

The new messaging interface is available only on desktop. While the company is exploring ways to bring similar changes to the mobile experience, there are no current plans to do so, according to Szeto. The change to messaging comes on a heels of LinkedIn’s most significant redesign to date, including more recent updates to its premium subscription plans and the introduction of a trending storylines feed.