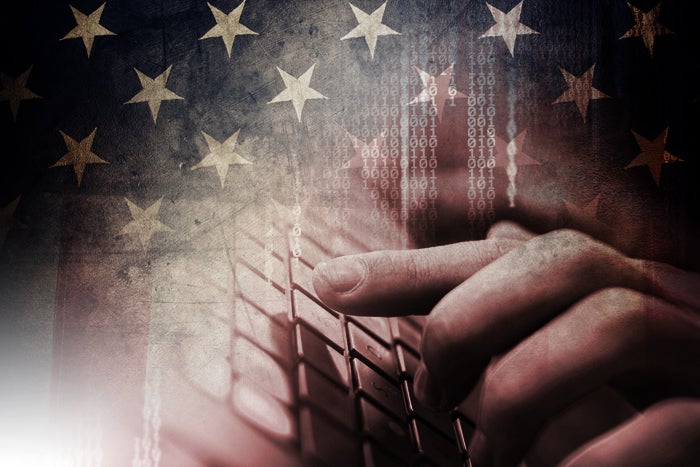 U.S. President Donald Trump signed his so-called “Buy American, Hire American” executive order on Tuesday, aimed in part reforming the H-1B visa process for temporary foreign workers. The order clarifies that the new administration does indeed intend to address the visa program — heavily used by IT outsourcers both foreign and domestic — this year. However, the details of the proposed reforms — and the powers of the executive branch to compel changes to the system — remain murky.

The order calls for a multi-agency report on changes needed for the H-1B program and replacing the current lottery system for awarding to visas with a system that would give preference to higher-paying, higher-skilled roles. Those and other efforts could take several years to carry out—if they are carried out at all.

“While we are getting closer to understanding what the ultimate policy changes will be, it is still too early to tell,” says David J. Brown, principal and shared services and outsourcing lead at KPMG Advisory. “The administration has directed agencies to review various programs, such as the H-1B visa, but this analysis has not been completed, and there is heavy lobbying on both sides.”

“It is clear that there is building bipartisan support for some of these changes, and it is likely that a merit-based system could get broad support,” says Peter Bendor-Samuel, CEO of outsourcing research and advisory firm Everest Group. “However, visa reform is likely to be complicated by broader immigration reform where there is not consensus.”

The order “clarifies [the administration’s] intent to act on some of their earlier statements,” says David Rutchik, an executive managing director at Pace Harmon. “[But] the devil is in the details, of which we still have few at this point.”

If minimum compensation requirements for H-1B visas increase only for H1-B dependent employers, says Rutichik, the impact will be limited “because the Indian providers are already engaged in hiring initiatives within the U.S. and investing in programs to build the US talent pool of qualified resources.” Overall applications for H-1B visas had already fallen from 236,000 last year to 199,000 this year. “The majority of this reduction is thought to be the reduced number of applications that the service providers are submitting,” said Bendor-Samuel, but added that “we expect that the Indian Service industry is still an active participant in the lottery and is eager to secure as many slots as it can.”

Given a legislative agenda crowded with issues including health care and tax reforms, visa changes are unlikely to take precedence this year “leaving the current system in place for at least another year,” says Bendor-Samuel. “The administration can make it harder, but they can’t stop or change the fundamental nature of the program.”

IT service providers who remain dependent on H-1B visa holders could see their costs rise as much as 20 percent or more and see their margins take a four to six percent hit if significant reforms are made to the program, according to analysis by Everest Group. But that, too, will take time. “We expect these cost increases to take two to three years to work through the system as the existing inventory of H-1B and L1s are utilized,” Bendor-Samuel says. “However, these cost increases come at a bad time for the industry, which is facing slower growth, and increased price competition. This is further complicated by the rotation into digital service models, which demand greater proportion of work onshore. The net effect of these changes will likely be a reduction in the advantage the Indian service providers enjoy over their U.S. competitors.”

The executive order is too small a step forward, according to H-1B critic Ronil Hira, but a step forward nonetheless. “It acknowledges that a problem exists and asks the agencies to suggest changes to improve the program,” says Hira, associate professor of public policy at Howard University and author of Outsourcing America. “The real question is whether the agencies will follow through with substantive improvements to the program. It’s too early to tell what this means for the H-1B program.”

The executive order may drive employers to view H1-B visas more narrowly and with more scrutiny, predicts Rutchik. But that could result in fewer jobs for American IT workers, according to some industry watchers. “Where they may have previously identified a stellar foreign national candidate for a position and applied to bring them onboard, with the new risks of extending the hiring process and jumping through more hoops, they may choose to look elsewhere for talent,” says Rutchik. “In this way, it may be a positive outcome for U.S. workers, but the capabilities and skills must be there in order for them to capitalize on the opportunity.”

If qualified American resources aren’t available, however, providers and enterprises will likely turn to accelerating automation investments to replace labor or expanding their offshoring initiatives. It’s unrealistic to think that IT service providers will abandon its use of foreign-born labor or offshore labor altogether, pay them significantly more, or hire U.S. workers instead, according to Brown. “Organizations may choose either independently or with their service providers to build up existing offshore resource pools in lieu hiring in the United States,” Brown says. “More importantly, limitations on access to labor—domestic or foreign – will further accelerate the adoption of process automation technologies.”

It’s prudent for IT outsourcing customers to stay on top of the discussions and developments, review their current sourcing strategy, and plan contingencies accordingly,” Brown says.

How IT outsourcing customers can reduce risk

IT outsourcing customers can lessen their risk by making sure they understand how reliant their providers are on H-1B visas. “Organizations need to understand their exposure directly and indirectly via their providers,” says Brown. “Talk to providers to understand the number of workers at risk and what are the provider’s contingency plans and fold those into an organization’s own contingency plans, such as building up operations already offshore, doing more local hiring, pursuing more process automation, or all three.”

“They should also proactively check to make sure current or planned onshore resources don’t require visas,” Rutichik says. “If they do, they need to approach the engagement with their eyes open to possible limitations and risks. Ultimately, customers should vet their provider selections thoroughly to ensure they have requisite U.S.-based resources for onshore work.”

Outsourcing customers should also expect some providers to push for increased automation or offshoring in response to potential changes to the visa program. “Automation is often helpful,” Rutchik says, “but customers should ensure contracts allow them to take advantage of efficiencies and cost savings rather than giving all the benefits to the providers, as well as protect them from undue risks due to the rate of change in technology.”