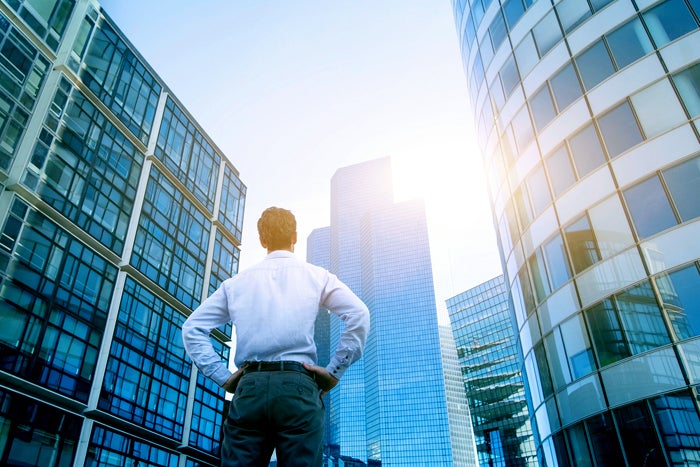 As Stanley considers whether a new technology will benefit C&W, he refers to a one-page, laminated document on his desk that describes strategic imperatives and highlights how his IT organization aligns with business objectives, including value drivers and how partnerships can play a role in expanding or creating market opportunities. If Stanley can’t map out how a startup could help him tie IT to the strategic framework then he discounts it out of hand. It’s an important process for Stanley, who one morning this week counted five vendor pitches in his inbox by 11:15.

“If I can’t check at least a few boxes on the framework then I don’t even continue the conversation,” says Stanley, who estimates he talks to about five vendors via phone or in person each week. “It’s an easy test for us so that we’re not just chasing after the shiny red ball, which is the temptation when you’re in technology.”

Partnering with startups is a critical part of Stanley’s IT strategy to deliver innovation and serve as sherpas in the vast market for commercial real estate technology, in which Stanley says spending has rocketed from $500 million in 2014 to $2 billion in 2016.

Stanley works with Greylock Partners, Jump Capital, Moderne Ventures and other venture capitalist firms to identify potential startups. Stanley says meeting with startups via venture capitalists gives C&W “street cred” because some startups assume a commercial real estate CIO prefers to build proprietary technologies rather than bet on startups. “We are constantly preaching disruption and the fact that we would rather be leaders in disruption than followers,” Stanley says.

Stanley has also hired a consultancy that can help triage and vet vendors. The firm, which he declined to name, will help Stanley choose from the smorgasbord of technology offerings, which include analytics, machine learning and robotic process automation (RPA), as well as 3D visualization and augmented and virtual reality tools. “The theory is this company will know our strategy and what we’re looking for and they will scour the startup universe for players that make sense in our space,” Stanley says.

Other hot areas Stanley is exploring include cybersecurity and internet of things (IoT), leveraging software and sensors that can do anything from permit or deny access to buildings to improving property management. Cybersecurity tools that can, say, predict when a corporate employee will go rogue based on his behavioral patterns, are also crucial. “Ninety percent of data created in the last two years means 90 percent more real estate to protect,” Stanley says.

Partnerships already underway include a collaboration with EX3 Labs on HoloLens to let a prospective buyer get a virtual tour of a property. Stanley is also working with consultancy Slalom Consulting on something he calls “proof-of-concept-as-a-service.” The idea, Stanley says, is to create a repeatable process for testing new technologies, building a minimally viable product and deciding whether it will bear fruit. Stanley says this could help reduce the frequency of fizzling pilots; C&W tried more than 20 pilots last year.

“We’re trying to say every pilot will have a business owner, super users, an IT partner and defined success criteria that will get us to the next steps,” Stanley says. Stanley’s team and Slalom are building a proof of concept regarding the use of AR and VR using data and analytics to provide 360-degree views of properties.

Eventually, Stanley hopes to tap into more sophisticated IoT technologies that can bridge building and equipment sensors with data and analytics, ostensibly to reduce costs. He’s also exploring RPA scenarios, including chatbots that assist employees with technical issues as well as self-service kiosks that enable visitors to check-in to a building and alert the person with whom they are schedule to meet. Chatbots might also be used to regulate temperature in rooms.

C&W, which has 46,000 employees worldwide, could purchase innovation in the form of cutting-edge startups. Rival CBRE, for example, has picked up 3D technology player Floored and Mainstream Software, a maker of facilities management applications. Integrating startups, typically a tricky proposition where cultures and egos can clash, isn’t Stanley’s preferred approach.

“Each of the major firms has a different philosophy in terms of how we find innovation,” Stanley says. “I’m not a huge proponent of looking for companies to buy. What we’re trying to do is augment the people we have in place, working on the strong platform globally and find the right partnerships to bring innovation.”

Partnerships comprise the third leg of people, platforms and partnerships stool Stanley began building when he joined C&W in 2014.

Stanley has adopted a mobile-first, cloud-first approach for his platform strategy. He has implemented Workday SaaS for both human capital management and financials, migrated to Office 365 for email and productivity and implemented Skype for Business for telephony.

But it’s the people leg of the stool that Stanley says remains the most important element in delivering IT services to the business. Stanley, who created tiers of technology managers to make IT more nimble, is seeking new blood in research, analytics and innovation – those who know how to initiate, build, run and see a pilot test through to its conclusion. Members of Stanley’s leadership team are also taking a training course with Harvard Business Publishing. Stanley is cultivating an IT team that is increasingly focused on strategic, client-facing efforts a – break from the traditional operational tasks with which commercial real estate IT shop’s have long been associated.

“People are still the fundamental strength and the most critical leg of the stool because if we don’t have the right people it’s impossible to do anything else,” Stanley says. “We will constantly look for ways to improve talent.”