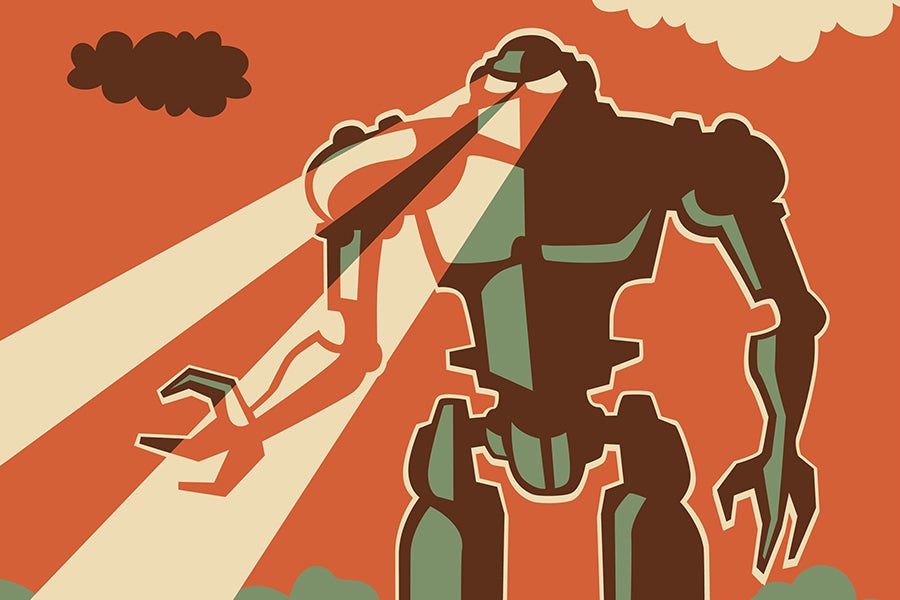 Your bed isn’t able to move between rooms automatically with only a wireless phone request. Your toaster can’t make a bottle of water. Your garage door doesn’t wash itself. The bed, the toaster and the garage door each perform a specific function well — the function we need — nothing more nothing less.

But, what if on Monday your bed sensed that you should be at the gym at 9 a.m. and vibrated to force you to get up. Then the toaster didn’t turn on because it decided that you didn’t need those extra carbs in the bagel. It was helping you. And maybe you had been doing a lot of traveling, and the garage door knew that the ergonomics of traveling too much would be bad for your spine, so it didn’t open when you got in your car. Welcome to the intelligence world of smart A.I.

Can A.I. machines, agents and robots be too smart? Just because we could design a machine to be intelligent, doesn’t mean that we should.

The moral compass of machines

Humans have morality. These guiding principles help us make the distinction between right and wrong or good and bad behavior. This concept centers around ethics, the philosophy to examine right and wrong moral behavior with ideas such as justice, virtue or duty.

When we think about our car, we might be interested in fuel economy. On reflections of our health, topics like comfort and lifestyle come to mind. And when our thoughts migrate to nature, we may think about natural selection and survival of the fittest.

The pontification of morality and virtue lands us quickly in the world of consequentialism. This doctrine holds that the morality of an action is to be judged solely by its consequences. The actions can have multiple and conflicting outcomes. If we as humans have trouble making these decisions, how are we going to program machines to make them? Utilitarianism could be a solution. We have more than one choice when deciding how we design machine intelligence.

Let’s just quickly program morality into the machine and get on our way. It turns out that programming morality is complex, even before we get to the evaluation of outcomes experienced through machine intelligence or robotic involvement.

Roboethics, or robot ethics, is how we as human beings design, construct and interact with artificially intelligent beings. Roboethics can be loosely categorized into three main areas:

Robots do not understand embarrassment. They don’t have fear, and they are tireless and have perfect memories. Designing robots that spy, either on your back porch or while your car is parked, brings into question how surveillance, access and social ethical considerations will be addressed as we further develop algorithms that assist humans.

We’ve heard about machine intelligence agents to enable ubiquitous wireless access to charge our mobile phones autonomously. We’ve fantasized about eating pancakes in bed while robots serve us (or maybe that was just me). There have been a lot of technological advances since George Orwell’s 1984 ramblings about the risk of visible drones patrolling cities. Or we could just reject the Big Brother theory altogether and join the vision of Daniel Solove, where we live in an uncertain world where we don’t know if the information collected is helping or hurting us.

The First Amendment appears like a logical addition. But how do we balance excessive surveillance with progress without violating the First Amendment’s prohibition on the interference with speech and assembly?

As we answer a question, three more rise to the surface.

Where is machine learning being used?

How much sensitivity do we design into machine intelligent beings? How much feeling should we architect into an armed drone? Should the ethical boundaries change if we’re simply designing a robotic vacuum cleaner that could climb walls? Where do we make the line between morality and objectives? You better cook my toast today. But tomorrow, I’m OK if the refrigerator is locked shut because I have exceeded my caloric intake for the day.

Society, ethics and technology will experience the heavy integration of rights and moral divisions over the next 10 years. Who designs the rules, processes and procedures for autonomous agents? This question remains unanswered.