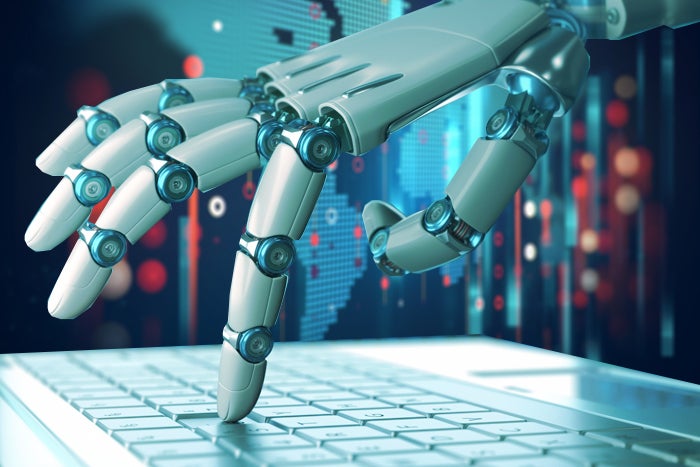 Driving long distances (or using New York City’s subway system) used to be a much more complicated affair, generally requiring maps, a sense of direction, some luck and the occasional stop to ask questions of strangers.

Citing GPS navigation and digital home assistants like Amazon’s Alexa, SnapLogic Founder and CEO Gaurav Dhillon says the company’s new technology, Iris, will eliminate the integration backlog that stifles so many technology initiatives through the use of AI to automate highly repetitive, low-level development tasks.

“Companies can’t innovate and transform their businesses if they’re bogged down in rote, repetitive tasks that don’t do much for the organization,” Doug Henschen, vice president and principal analyst at Constellation Research, said in a statement last week. “Machine learning is emerging as the engine behind what Constellation calls ‘human augmentation.’ These next-generation systems will harness the computing power and data scale of the cloud to automate routine work so humans can concentrate on innovating and driving better business outcomes.”

“We believe it has the promise to do to the world of integration what map apps have done for the world of transportation,” Dhillon adds.

“A Snap is a collection of integration components, sharing some contextual property, generally an application,” Dhillon wrote in a 2011 blog post. “Snaps include powerful wizards that inspect their target application; automatically building links throughout the data layer, giving a user the ‘create,’ ‘read,’ ‘update’ and ‘delete’ functionality they will use in their integration. Snaps are language-neutral and abstracted from the application layer. They use open protocols (HTTP/S) and data formats (REST), and supply a URI to all resources. They shield both business users and developers from much of the complexity of the underlying application, data model and service.”

Integration is a Snap

All Snaps follow the same pattern, use the same API and leverage the underlying infrastructure. As a result, the Enterprise Integration Cloud’s Designer allows you to assemble orchestrations with a drag-and-drop user interface by choosing from a library of intelligent Snaps for cloud-to-cloud and cloud-to-on-premises integrations.

Iris uses advanced algorithms to learn from millions of metadata elements and billions of data flows via the SnapLogic Enterprise Integration Cloud. Iris then applies that learning to improve the speed and quality of integrations across data, applications and business processes.

“Digital transformation shouldn’t depend on manual labor,” Dhillon says. “The ancient pharaohs built the pyramids with manual labor, but that’s not the smart way to manage business automation and analytics. Software should help us make software smarter, and we believe the future will be autonomous integration — blending the best of machine and human intelligence. The days of simply throwing more developers at the problem are coming to a close.”

The Integration Assistant is just the first point on the roadmap. Dhillon says Iris will fuel a series of technology innovations over the next two to three years, with an eventual goal of completely autonomous integration.

[ Why Google’s Sergey Brin changed his tune on AI ]

“We feel the day will come that someone can say to Iris, ‘Integrate my company,'” he says.

Greg Benson, SnapLogic’s chief scientist and a professor at the University of San Francisco, led the team at SnapLogic Labs that developed iris over the past two years. Iris leverages SnapLogic’s cloud-native system and metadata architecture to find patterns and features that can be used to train machine learning models. This allows it to learn from millions of data flows, integration paths and patterns across SnapLogic’s platform, identifying what’s popular, what works and what doesn’t work. It then distills that learning into specific recommendations for line-of-business and IT managers.

“We’re excited about the potential that machine learning has already show to shortcut the integration process,” Benson said in a statement last week. “We’re seeing up to 90 percent accuracy so far in recommendations, which will save significant time and cost associated with building, testing and maintaining integrations. Self-service is already driving major time and cost advantages, and we expect machine learning to power another order-of-magnitude improvement over the next few years.”