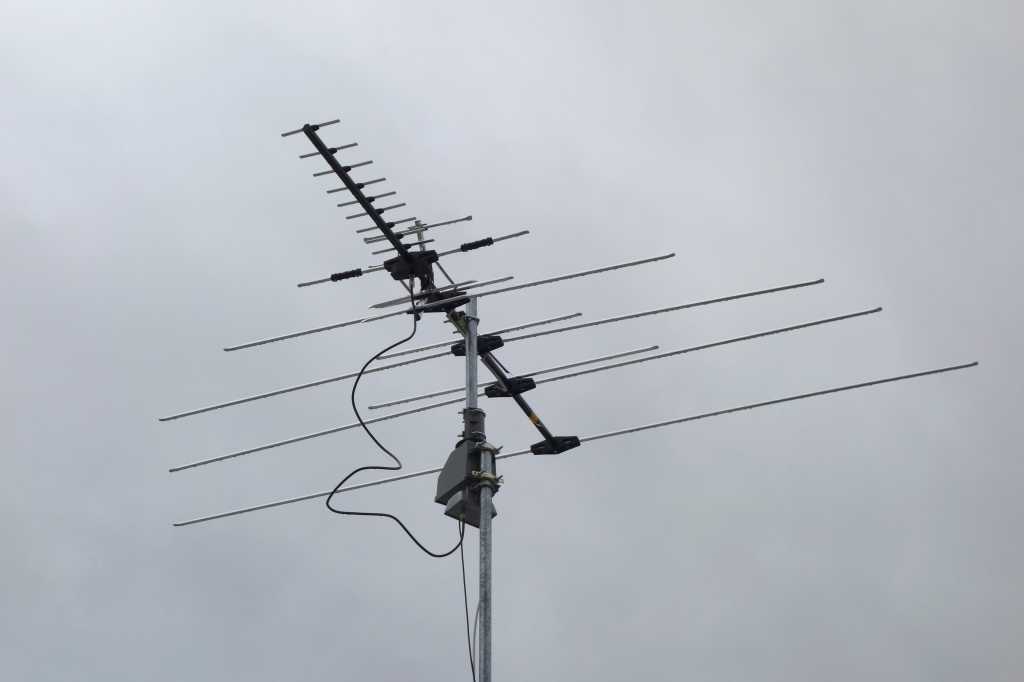 The history of TV innovation has largely encompassed more quantity and greater quality. The latter in particular has been a hallmark of the Advanced Television Systems Committee, which brought the U.S. digitally transmitted high-definition broadcast television about a decade ago. It kicked off the analog shutoff and the rapid rise and fall in sales of converter boxes for analog tube TVs.

Now the ATSC is back with ATSC 3.0. (ATSC 2.0, like Windows 9, has been relegated into that land of product versions not pursued in anticipation of an even greater leap.). ATSC continues the quality improvement tradition with support for 4K Ultra High Def broadcasts and High Dynamic Range imaging that will allow for higher contrast and more accurate colors.

But what really separates this version of the broadcast standard from previous iterations is its IP core. ATSC 3.0 also does a better job of offering broadcasts indoors and at the edge of coverage areas. This could open the door to datacasting, which has been tried before. But it doesn’t all have to be attempts to rival cable modems and fiber.

One application could be delivery of a coupon along with a commercial. Broadcasters could require that consumers sign in in order to receive certain channels on certain devices. And there could be even more functionality if the device has a way to send data back via the Internet, as more increasingly do. ATSC 3.0 potentially opens the door for many creative interactive marketing applications, if it can gain traction.

That dream sounds a lot like the one of ATSC Mobile, a previous standard attempt branded as an online service called Dyle. Among its capabilities, Dyle promised to usher in an era of addressable broadcasts that took advantage of the wireless backpath for customized ads, and possibly even subscription services. A few companies released adapters. However, the standard collapsed as handset makers refused to include tuners in their devices, perhaps in part to drive up expensive data usage from streaming video.

Today, wireless carriers in the U.S. don’t have as much control as they did years ago even though the percentage of unlocked phones sold is still relatively low. That said, carriers are still encouraging consumption of streaming video, albeit for different reasons. AT&T and Verizon are pushing their own mobile video services. For AT&T, that includes DirecTV Now, a linear cable-style bundle that competes with similar offerings such as Dish Networks’ SlingTV and YouTube TV, both of which have rolled out aggressively priced cloud DVR options.  T-Mobile and Sprint are encouraging free consumption of a broad range of services as a counter.

But there are even stronger potential inhibitors. Wireless carriers have increasingly moved to global models that support multiple LTE bands in different countries, further lessening the incentive to include an ATSC tuner. And even in the U.S., there is no mandate to support ATSC 3.0 as there was with the first ATSC standard when the U.S. first embraced digital broadcasts.

ATSC 3.0’s adoption may wind up looking like that of another digital broadcast standard — HD Radio. That standard, which also brought improved media quality and multicasting, found its way into a large number of receiving devices, mostly in cars. But the U.S.-only standard failed to make its way into smartphones where streaming media has dominated.

Ross Rubin is principal analyst at Reticle Research and serves as director of research development for The Relevancy Group. He been an industry analyst focusing on innovation in the technology, media and telecom markets since 1996. Prior to founding Reticle Research, he was executive director and principal analyst at The NPD Group, where he provided analysis on a wide range of technology topics and launched research products spanning devices, access and content. Prior to NPD, he founded and developed the consumer access and technology service at Jupiter Research (acquired by Forrester Research), where he served as vice president and chief research fellow.

Ross has written more than 600 articles and columns and has contributed to 13 books on technology and telecommunications.

Ross has repeatedly been named one of the most-quoted analysts in the media and been called “a trusted advisor to technology companies” by CNN. He has appeared on ABC, The Today Show, CNN, CNBC and Fox News and is frequently quoted by media outlets such as The New York Times, The Wall Street Journal, USA Today, Bloomberg Businessweek and other leading publications. He has spoken at industry events such as CTIA, IFA, E3, Engadget Live and the CEA Industry Forum. He has also judged the Last Gadget Standing and TechCrunch Hardware Battlefield competitions, and frequently serves as a CES advisory board member for the Consumer Electronics Association.

The opinions expressed in this blog are those of Ross Rubin and do not necessarily represent those of IDG Communications, Inc., its parent, subsidiary or affiliated companies.