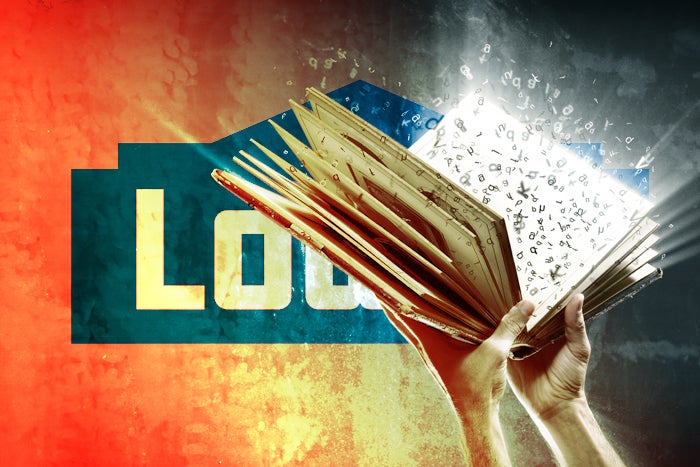 “The only real way that we ingest new information in a meaningful, long-term way and take action on that is through this uniquely human thing called story,” says Kyle Nel, who as the executive director of Lowe’s Innovation labs is the mastermind behind this storytelling approach to innovation.

The writers create characters, conflict and a narrative ark and package them in a comic book format, Nel says essentially serve as “strategic documents.” Lowes’ staff then busy themselves with building the concepts introduced in the comics. The approach has spawned robots that help customers find their way in stories, virtual reality for design, and tools 3D printed in, naturally, space.

A behavioral scientist by training, Nel shared the approach Monday with 150 attendees here at the Forbes CIO Summit. Nel embarked on this approach to innovation shortly after joining Lowe’s from Walmart in 2011 by conceptualizing what became HoloRoom, a home improvement design and visualization tool that lets people plan renovations. HoloRoom users put on a headset and “move” through the room virtually, making changes with swipes, taps, zooms and other gestures to model their design. Introduced in two Toronto stores in 2014, the HoloRoom is now in its sixth iteration.

LoweBot serves as a both a movable information kiosk and even a store guide, with users able to request information about finding merchandise by speaking to it or tapping on the robot’s tablet interface. It is currently available in San Jose, Calif. stores with plans for a broader rollout on tap.

Lowe’s is also using 3D printers to create interstellar tools, addressing a thorny problem for astronauts who lose or break tools while aboard a space station. Working with startup Made in Space, Lowe’s AMF printer was installed on the International Space Station, where it is being used to make tools and parts for astronauts.

The finished products are sexy, but Nel says the journey requires a lot of not-so-sexy work, including exercises in database management to render details about 500 toilets “in a meaningful way” or integrating legacy systems to serve up virtual reality content. Yet Nel says the outcomes are worth the effort.

Sparking such innovations may seem out of place for a Fortune 50 company like Lowe’s but Nel says that disruption doesn’t lie solely in the purview of startups. After all, Lowe’s and other publicly traded companies have fiduciary responsibilities to stay solvent and avoid the fate of Blockbuster and others that have fallen prey to the innovator’s dilemma. “We as large organizations have just as much a right to play into that future if not more so than these kids in a garage somewhere that we’re scared of,” Nel says.

Diana McKenzie, CIO of Workday, was among those impressed by the Lowe’s innovation approach and plans to explore it further with colleagues at the cloud software vendor. “The power of being able to put that narrative together to get your audience to think about a different reality, almost as a set up to taking them into an innovation lab or starting up a new technology as part of the showroom seems like a brilliant approach that we’re not using much as we should,” McKenzie says.

Selling innovation to the profit-focused CEO

So how do CIOs get their C-suite and boards to permit such wild experimentation? Likely not without some pain, particularly in corporate cultures wedded to traditional mindsets, command-and-control scenarios and business processes.

“Usually people dictating business strategy grew up in the organization and rose to their level because they were good operating at that time,” Nel says. “But the future is going to look a lot different than the past that got us to that point. And so in order to recognize and adapt it may not make sense for the only people to be making those decisions to be selectively chosen because they had success in the old model. And I see that problem time and time again.”

Singularity University CEO Rob Nail, whose consultancy works has helped Lowe’s Innovation Labs find partners in robotics and 3D printing, says broaching the topic of exploring exponential technologies is not an easy conversation in any business, largely due to the number of competing entities in a corporate ecosystem. CIOs must often muster the courage to outline business pivots to investors and the board of directors as well as constituents in the supply chain and sales. It’s a necessary but “scary conversation” to have, Nail says. “It absolutely has to be this ecosystem pitch, otherwise it’s just going to be a short play.”

Ultimately, the CIO must sell the vision to the CEO, the only leader in position to drive top-down change. “If the CEO gets it you have a chance,” says Nail. “If the CEO doesn’t get it and everyone else does, you’re going to have a hard time.”