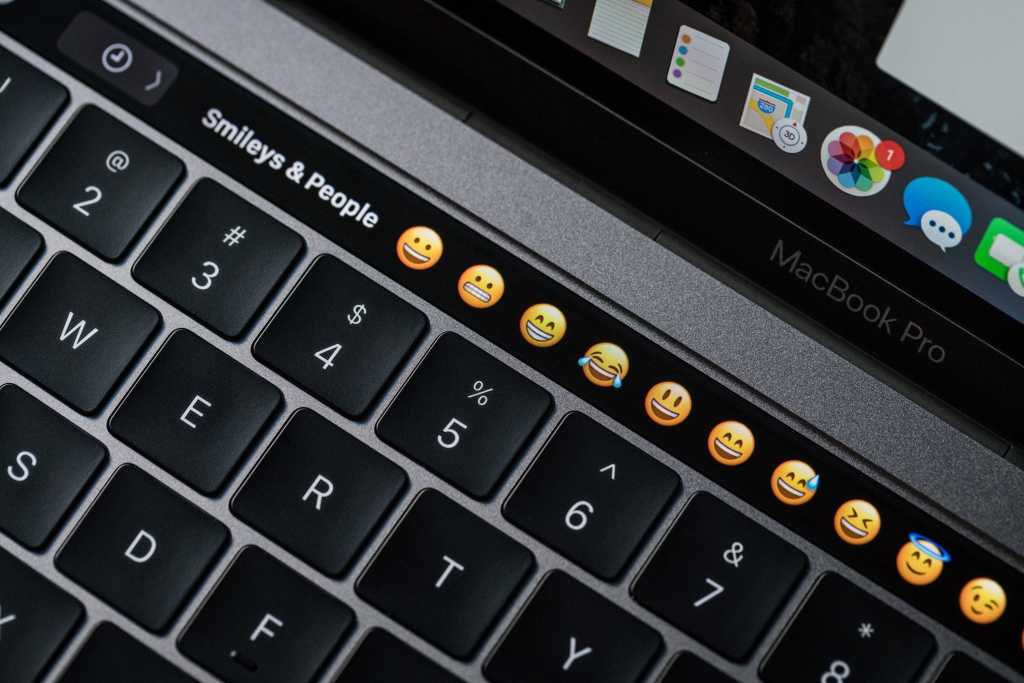 When Apple released its last round of MacBook Pros, the standout feature was the Touch Bar. Apple removed the function keys and replaced them with its own dynamic controls that change based on the software being used.

Unfortunately for Apple, not everybody liked this change. The Touch Bar has gotten its share of…er…passionate commentary by MacBook Pro users. A recent thread on the Apple subreddit stands as a good example of the feelings generated by the Touch Bar.

A few weeks ago, I purchased a 13″ Late 2016 MacBook Pro with Touch Bar. I love the computer. It’s a fantastic upgrade from my 15″ Mid 2010 MacBook Pro. It does 3D graphics well, the SSD and I/O is crazy fast, it’s a generally awesome machine.

However, let’s talk about the keyboard. Or, the bar above the keyboard. The Touch Bar. After seeing pictures, guessing what it could do, I bought it. Not for the novelty or even the features, just because you can’t fully upgrade the Mac without it. I thought that it might be cool, that it might be occasionally helpful.

Boy, was I wrong. While the screenshot feature is really awesome, nothing else is. It’s a gimmick. However, the worst part is the lack of tactile feedback. One of the reasons that I really love the keyboard on this mac is because of the nice tactile feeling of the click. With normal function keys, without looking at the escape key you can feel you pressed it. That’s gone with the touch bar, and I hate it.

I’m not all criticism though. Here’s my proposed solution. You know that Taptic Engine in the iPhone 7? It feels natural, it’s perfect. Move it over to the MPB line. When you press a key, you feel it. A small vibration like a click. I think it would really help sell the touch bar: it feels like real keys. My biggest gripe about the touch bar is that there’s no feedback.

Welp, that’s my rant. I’d love to hear what you guys think about this idea.

Samtheboo got some interesting responses from his fellow Apple redditors about the Touch Bar:

Hipster-Police: “I also think they missed out when they didn’t add a haptic engine to the Touch Bar. I have long since got used to it though, and luckily it doesn’t bother me at all.

As for its usefulness, it wasn’t what sold me to the computer. I treat it as something good to have over a must have: it’s far more useful than standard function keys, but I didn’t expect it to be a game changer in any way.

Similar to my Apple Watch, I was an early adopter too, and on release it was super useful as a simple add-on to my iPhone. Two years later it feels more refined, and now I barely leave the house without it.”

Relatedartists: “I totally get the physical feedback aspect. But it replaced the function keys, which were generally never used. So it’s not really a loss imo.”

Boiiiscout: “I disagree. However, the silver bullet here might be BetterTouchTool. It’s amazing, and you can make your own interface for the touch bar.

I have auto-macro’s to turn off wifi, turn back on, then command r in case the wifi drops out

I have one tap shortcuts for all the apps I need to be instant. I can turn off turbo boost with a tap. I can see the time, and also power time remaining right from the touchbar.

And, now I can switch apps from recent on my touchbar, instead of cmd-tab, without having to rotate through them.

…I even mapped every single alphabetic key on it, so I can technically type on my touchbar.

All thanks to BetterTouchTool

FYI: If you are annoyed that the escape key is more right than it used to be, the left side still works, even if there’s no screen part there, the digitiser is still there.

Yep, it’s annoying to have no feedback, thats my only gripe.”

Pleasant_chap: “I personally really like it over the function keys which had no use for me. The only thing that sometimes irks me is that adjusting the volume requires two taps and the lack of support in Chrome, but it’s not worth switching over to Safari just for those features for me.”

Dmcarefuldriver: “So you call it a gimmick without explaining what’s gimmicky about it. You don’t actually discuss any of the features/changes it brings, and you imply that your only issue with it is the lack of tactile feedback.”

Willparkinson: “The Touch ID sensor is far more useful than anything that comes up on the touch bar.”

Hofdu465: “Everyone agrees it’s a flop for several reasons: no tactile feedback, not pressure sensitive, always-on backlight is additional battery drain, it’s a solution in search of a problem

Maybe they’ll get it right in Touchbar 2.”

As you can from some of the comments, the Touch Bar tends to be a love it or hate it feature in the new MacBook Pro. Some folks genuinely like it and find it very useful, while others dislike it and regard it as a dumb gimmick on Apple’s part.

The Touch Bar is still at an early stage

I give Apple credit for trying something different with the Touch Bar. The company clearly wanted to add some additional value beyond what typical function keys offer, and the Touch Bar is a very clever way of doing that.

Alas, as with any first generation feature, the Touch Bar isn’t perfect. The lack of haptic feedback seems to be one of the biggest letdowns for some users, and I can understand why not having it can cause such disappointment.

But I also have faith in Apple that version 2 of the Touch Bar might include haptic feedback as well as other improvements. It’s really a matter of being patient and understanding that the first version of a product or feature released by Apple is almost never as good as later versions.

This is just something that happens because Apple, like all companies, learns as it goes along to a certain extent. A first release is an opportunity to get the feature out to users, while also watching their reactions and learning how to improve the feature in later releases.

Get the most from the Touch Bar on your MacBook Pro

Another issue that comes up sometimes with the Touch Bar is that some folks don’t know all the things they can do with it. This can sometimes result in unnecessary disappointment being felt by the user.

Fortunately, Macworld has a helpful roundup of 10 Touch Bar Tips that will show you how to use and customize the Touch Bar on your MacBook Pro. 9to5Mac also has a great article that demonstrates how you can add shortcuts, hide the control strip, remove Siri and do other customizations to the Touch Bar.

There are also some useful YouTube videos that demonstrate how to get the most out of the Touch Bar. So I’ll leave you with a few of those to check out.