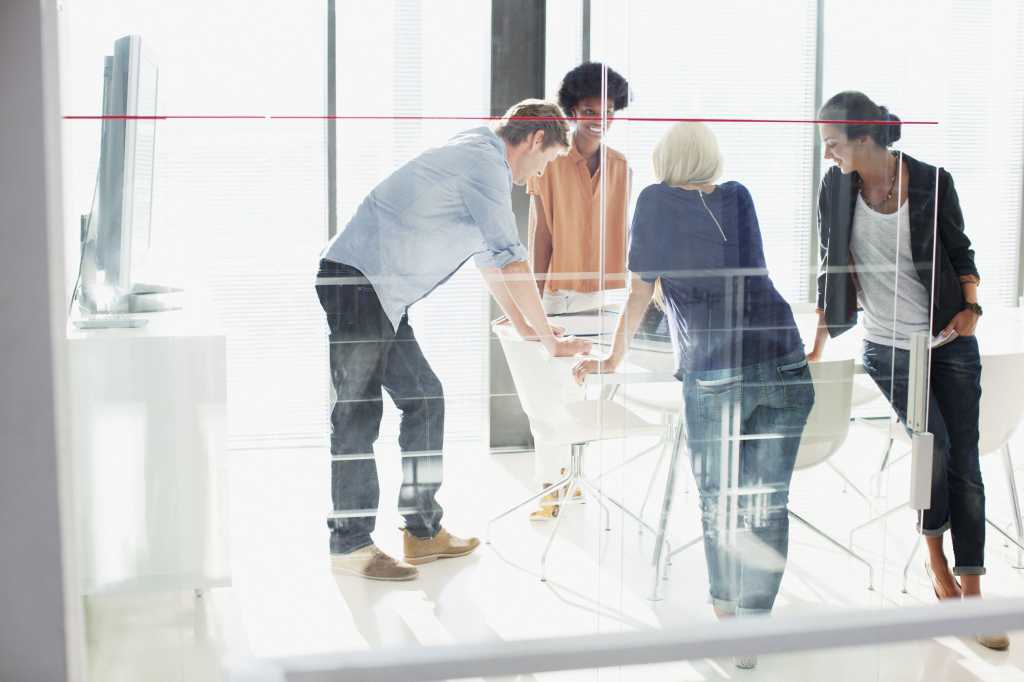 Like just about everything else we touch, Western civilization appropriates, abuses and then discards words and phrases with alarming regularity. But “corporate culture” is one buzzworthy phrase that might never die — it’s always going to matter.

Requiem for the traditional workplace?

Paul Michelman, editor in chief of the MIT Sloan Management Review, recently had some strong words to say on the subject of corporate culture — and it’s hard not to sympathize with his view.

Michelman argues that technology has delivered us unto a future where the traditional workplace is a thing of the past, or soon will be. The era of centralized office buildings, cubicles and desk clumps, he says, is over — and telecommuting killed it.

It makes sense. Millions of jobs that require intense physical labor are being replaced by machines before our very eyes, and much of the work that still requires a human touch can be done in front of a computer screen. And, in case you haven’t noticed, computers are everywhere. Folks are now literally building entire businesses on tablets — probably from a beach somewhere. Certainly, some of it is done in underpants.

Respectfully, though, we think that’s a little off the mark. Wherever people come together with a common goal, culture is “happening” — whether we acknowledge it or not.

The best way to prove this is with examples, so we took a look at some famously decentralized, virtually-collaborative companies to see how they do things. By looking at the unique challenges and rewards of remote work, these companies discovered it’s possible to create a strong brand identity and an atmosphere of shared enthusiasm and responsibility — even when there’s no fixed location to report to.

You probably recognize Automattic as the company that developed WordPress — the content delivery platform powering a considerable portion of the internet. Automattic employs 400 people, but it has no central office. You might think this could lead to some lonely folks with nothing in common with their co-workers, but nothing could be further from the truth.

Instead of gathering around the water cooler or the kegerator, colleagues keep in touch via an internal blog. It gives Automattic’s geographically diverse team a way to share important personal and company milestones.

An early pioneer in remote work, the software company Basecamp knows what it takes to create a strong company culture even without a central location — and it begins with personal habits.

Since a company’s culture is only as strong as the enthusiasm, dedication and work ethic of its team members, these team members need to put forth their best efforts every day. In a situation where you can commute to work by walking from your bedroom to your home office — stark naked, if you wish — you can see how personal accountability might suffer at the hands of bad habits.

Basecamp’s solution is to commit to personal habits and rituals, even if you’re not a traditional commuter, do the following:

We’ve long assumed that having to be physically close to other human beings was the social glue keeping us from backsliding into full-blown anarchy, but remote work’s well-documented positive effect on profitability says otherwise. People can be excellent employees no matter where they do their work.

Use the right tools

In Argentina, a remote-working travel site called El Mejor Trato experimented with replacing traditional email with a bespoke project management system. The team was hesitant at first but, after a trial run was over, they never looked back. Whereas traditional email slowed them down and impeded their unique workflows, once they found a communication tool that was better suited to their field of work, the difference was remarkable. They were more productive and could exchange notes and feedback with co-workers faster than ever.

We’re a slave to technology and “process” sometimes. The death of email has been prophesied and exaggerated many times over the years, but the takeaway is always the same: It’s not going anywhere — but there might be something better out there for your particular needs. Use what you need and nothing you don’t.

It’s not a matter of avoiding growing pains — they’re going to happen. A famous example comes from IBM — a company whose initials, employees once joked, stood for “I’m By Myself.” Clearly, there were strong feelings as remote work took hold in this techno-giant’s corporate structure. There are challenges ahead for you, too — whether you oversee a remote work team or are a self-employed freelancer.

We’re not wrong to worry, collectively, that conducting so much of our lives on the internet could insulate us and make us less sociable — and that’s not a great thing when profit margins are at stake. But for every unfortunate event and “fake news” story the internet generates, it also breaks down barriers and creates brand-new opportunities. Working over the internet should be no different.