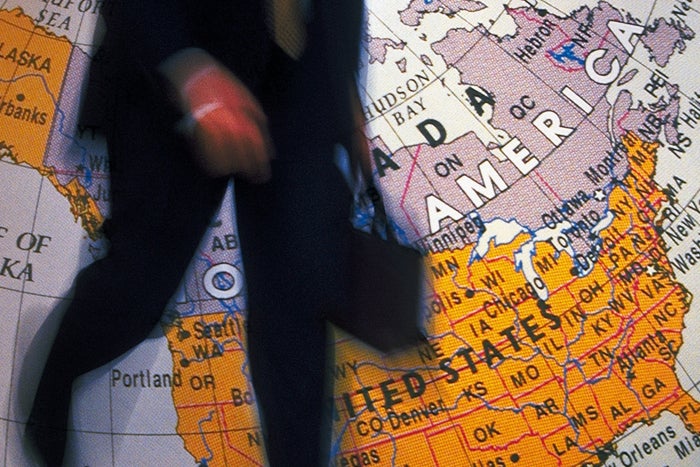 The majority of IT leaders are happy with the H-1B visa program as is and say that proposed changes will make it harder to fill skilled IT roles, according to survey released by IT recruiting firm Harvey Nash this week.

Following the Trump administration’s executive order earlier this month calling for restructuring the temporary skilled labor program relied on most heavily by IT service providers and technology giants, Harvey Nash polled 174 U.S. IT leaders across 20 industries. Nearly two-thirds (63 percent) of respondents in companies with fifty or more developers said that the current H-1B visa program has helped them meeting their needs for highly skilled IT talent. Six out of 10 IT leaders with large development teams said the proposed H-1B changes would make skilled IT talent less available, and 68 percent of them predicted that proposed reforms would increase the cost for certain IT roles.

That could be welcome news for technology workers in high-demand positions typically filled by H-1B visa holders (such as software developers and systems analysts), whose value could increase as a result, according to Harvey Nash USA president and CEO Bob Miano. IT leaders were divided on the topic of whether the H-1B program was harming such U.S. technology workers; half said the current program hurts American IT workers, and half said it does not.

While the stated goals of altering the H-1B program are reducing American reliance on foreign labor and increasing opportunities for U.S workers, the proposed reforms could actual result in increased offshore outsourcing. Approximately six out of ten IT leaders (59 percent) with large development shops said they would consider exporting more work in response to increased visa restrictions. Close to half of them (49 percent) said they would increase their direct hiring.

“Many of these large organizations use H-1Bs as contractors, and if these whittle down, companies will look to nail down staff as full time,” explains Miano. If the U.S. government raised the salary minimum for H-1B holders from $60,000 to $100,000, that would eliminate the cost advantage of hiring a H-1B contractor, according to Miano.

Many questions remain about Trump’s executive order and what changes will ultimately be made to the H-1B program. Most IT leaders are not letting concerns about the potential impact alter their near-term strategies. Two-thirds of all respondents said that they will not delay plans for product development and 61 percent said that they would not reduce investments in innovation. Companies with large development teams, however, might have to scale back; 42 percent said that H-1B visa reforms would inhibit innovation investment. “If they don’t have the resources, they can’t go beyond day-to-day development and maintenance tasks,” says Miano. “The lack of supply in the marketplace means the costs will be higher.”

[ Related: Putting the T back in STEM ]

Should significant changes to the H-1B program come to pass, the domestic supply of IT talent won’t change overnight, says Miano. “That takes years, and only if there is an increase of STEM graduates. U.S. companies will, over time, see an increasing demand vying for a fixed supply of talent. The results are that costs will go up, talent will stay in their home countries, and the U.S. will be less competitive on the world stage.”

If U.S. political leaders want to increase the competitiveness of American firms, says Miano, decreasing certain H-1B restrictions would make more sense. “Today, companies are in a war for talent,” he says. “With IT unemployment at an unbelievably low number, until universities produce a greater supply of talent and workers can gain the experience, the caps should be raised, not lowered or constrained.”

With that approach unlikely in the current environment, IT leaders will need to figure out the costs and benefits of reconfiguring their IT talent supply chains to deal with possible future restrictions on the use of foreign labor.