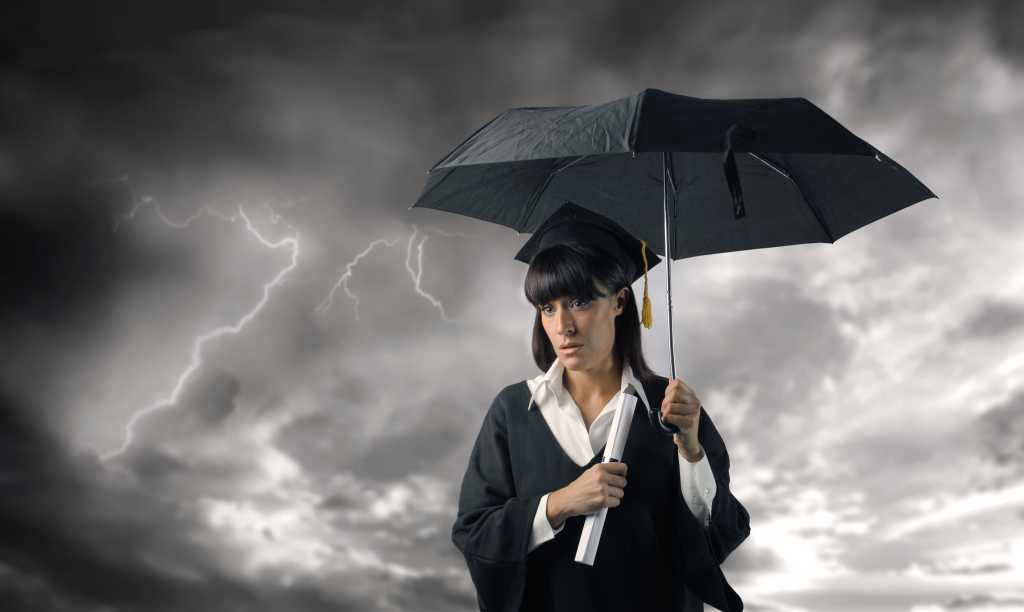 The Class of 2017 graduates in just a few weeks and will enter the IT job market, but they may be in for a rude awakening, as new iCIMS research reports that their skills and education aren’t aligning with what recruiters and hiring managers are looking for in entry-level talent.

The research, the Class of 2017 Job Outlook Report, which polled 401 U.S. college seniors and 401 recruiting professionals between March 6 and 17, 2017, reveals that while 91 percent of college seniors polled think they have the skills necessary to land the job they want, a whopping 98 percent of recruiters receive resumes from unqualified applicants.

Furthermore, 62 percent of recruiters surveyed think these entry-level applicants need to improve their familiarity with the companies to which they’re applying, as well as brush up on industry and market knowledge, before they head to an interview.

That’s setting new grads up for a harsh reality and a rude awakening, says Susan Vitale, chief marketing officer at iCIMS. “It’s a great juxtaposition between what the Class of 2017 thinks is waiting for them and the reality of the job market. Seniors are overconfident, but the fact is, a bachelor’s degree on its own isn’t competitive anymore. While it will get you in the door, recruiters are telling us they still have to teach new grads business skills, that they’re lacking in certain hot certifications, even that their salary requirements are off the mark,” Vitale says.

[ Related story: 6 Leadership qualities to look for when hiring ]

As the next wave of digital natives enters the workforce, it may seem hard to believe that so many college seniors’ expectations are so far from reality, especially in today’s 24/7, hyper-connected, social-media-fueled world where information is available at a moment’s notice. But there’s still a major disconnect between educational institutions and career readiness, though many universities are working to help bridge that gap, says Kayla Woitkowski, Manager of University Outreach and Recruitment at the SAS Institute.

“Ultimately, universities understand that there is a gap, so, for us as a recruiting company, we’re working with employers and university professors and students alike to talk about this idea of career readiness to find areas where students need more formal coaching and training. We found that much of this is just inherent in the process — it’s scary, and it’s difficult, to transition from a college campus into the workplace! There are areas, such as managing the job search process, and workplace professionalism as well as corporate culture, where universities and employers can work together to make things easier,” she says.

[ Related story: How a job candidate’s experience affects your brand ]

That doesn’t mean recruiters and hiring managers aren’t willing to hire new college grads — far from it, according to the iCIMS survey. Eighty-two percent of recruiters say they frequently hire candidates for a role even if their college major isn’t directly related. And 81 percent of college seniors say they’d accept a full-time, entry-level role in a field unrelated to their major, according to the survey.

Soft skills are hard to find

What makes one candidate stand out over another, especially if their degree, or their skills and experience, isn’t an exact fit for an available role? The iCIMS research shows that internships and soft skills can make a huge difference for candidates. In fact, 70 percent of recruiters and college seniors agree that internship experience is more valuable than a candidate’s GPA when applying for a job. And when it comes to soft skills, says Vitale, when asked what factors are most important in an entry-level candidate, 76 percent of recruiters say past work and/or internship experience, and 65 percent say written and spoken communication skills.

“When we asked recruiters what factors were important, after college major, internships and past work experience was at the top of that list, but very closely behind that was soft skills. Written and spoken communication, extracurricular activities that emphasized leadership, teamwork and collaboration. You can teach entry-level talent almost anything else so they can be successful, but the soft skills have to be there from the beginning,” Vitale says.

While salary expectations are on the rise, with a $7,452 rise over last year’s survey, there’s also a discrepancy between what candidates believe they’ll get and what companies are offering, the survey showed. But there’s a bright spot: This year’s survey revealed that 46 percent of women believe they can negotiate for a higher entry-level salary, while only 35 percent of men believe this is the case. Of course, that’s offset to a degree by the different salary expectations female and male college graduates have; 62 percent of male graduates surveyed expect to earn more than $50,000 in their first post-college role, compared to only 49 percent of women.

“I found this surprising and really positive. Usually women settle for less in their initial salary, and then they’re behind the eight-ball for the rest of their careers — it has major implications for the wage gap. But I think it’s a sign that women are feeling more empowered and more willing to negotiate, right from the beginning,” Vitale says.

Employers, however, are setting entry-level salary expectations a bit lower. Though starting salaries are slightly higher in 2017 than in the previous year, employers say they expect to pay entry-level talent $45,361, on average. That shouldn’t be a deal-breaker, though, for candidates, says Kayla Woikowski.

“I always advise students and candidates to consider the value of total compensation, not just focus on the salary number. Think about things like health insurance, time off, work-life balance, company culture. It is so important to make sure that your chosen workplace reflects your values and what’s most important to you, so the base salary number is only one of a number of considerations,” she says.