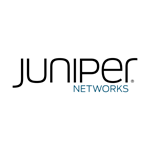 Unlike the software-defined network (SDN) — which is like network virtualization on steroids, but primarily datacenter-based — the software-defined wide-area network (SD-WAN) is essentially application routing capabilities for WANs, primarily everywhere but the data center. And it is getting a lot of market traction. While the forecasts vary wildly, SD-WAN will see only more growth as the Internet of Things (IoT) really starts to take off.

SDN holds a lot of promise, but as analyst Zeus Kerravala at ZK Research notes: it’s stuck in what Gartner calls the “Trough of Disillusionment” position on its Hype Cycle as the market figures out what to do with it. He expects that SD-WANs, currently scaling the “peak of inflated expectations,” will skip the trough and go directly to the “plateau of productivity” when the technology goes mainstream.

He offers two reasons for his optimism: WAN transformation is long overdue and it’s significantly cheaper. “I’ve talked to some multinationals that cut their WAN spend by 70% or more. Not all companies will realize such significant savings with bandwidth, but most should see their costs cut by at least 30%.”

“SD-WAN is more of a practical solution while SDN is stuck in an expectation disappointment,” says Charuhas Ghatge, senior marketing manager at Juniper Networks. “SD-WAN is a no-brainer.”

It is an automated, programmatic approach to managing enterprise network connectivity and circuit costs that leverages the public switched network. Businesses can quickly create a smart “hybrid WAN” that comprises IP VPN, broadband Internet, and wireless services, with traffic automatically and dynamically forwarded across the most appropriate WAN path based on network conditions, the security and quality-of-service requirements of the application traffic at hand, and cost of the circuit.

An IDC survey found that the top three motivators for SD-WAN adoption are consistent security, price, and reduced complexity. “Given the significant, ongoing transition to cloud-based applications and services, the enterprise WAN is under acute pressure to cost-effectively adapt and deliver new capabilities and services,” said Rohit Mehra, vice president, Network Infrastructure.

Both Kerravala and IDC’s conclusions are supported by a PwC survey in collaboration with Juniper that found significant differences between expectations and experience. The key drivers for those who planned to adopt SD-WAN were, in order of priority:

However, once adopted, SD-WAN key drivers changed to:

SDN will eventually get here, but SD-WAN is ready now and will only become more popular, says Juniper’s Ghatge. “We believe that SD-WAN is going to be an enabler for IoT.”