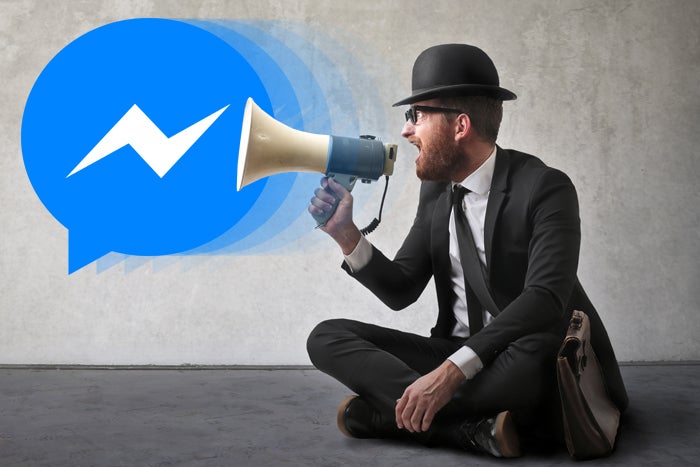 NEW ORLEANS — As the head of product for Facebook Messenger, Stan Chudnovsky is responsible for one of the most popular consumer products in the world. And yet, despite Messenger’s 1.2 billion monthly active users, he’s convinced that the app can continue its growth and add more functions if users and business embrace the app as a channel for business-to-consumer communications.

More than 60 million businesses have a presence on Facebook and at least 20 million are active on Messenger today, but Facebook continues to develop APIs, bots and other means to expedite connections between people and business, Chudnovsky said this week at the Collision conference. “We need to make it obvious that you can make a connection between people and businesses,” he said.

Asia is already accustomed and comfortable with using messaging apps to make large purchases and transact directly with businesses and other organizations, but much of the western world is behind on that front or remains unconvinced of the need to bring those conversations to apps that they predominantly use to communicate on a personal level with friends, family and colleagues.

“What the Asian experience has proved is that there is a way where messaging apps are sort of encapsulating a lot of functionality inside and people are using that for way more than just talking to their friends,” he said. “Even our own apps are being used differently in Asia.”

When Facebook’s team researched how Messenger is being used in Asia it found one person that used it to buy solar panels, for example. An ad from the solar panel provider sparked a conversation between that business and the user, which eventually led to a sale and installation, according to Chudnovsky. “That kind of gives us a window into the future.”

[ Related: Facebook is bringing in the bots and AI ]

Changing the mindset of a western audience won’t come easily, but Facebook believes it has the main ingredients in place to execute on its strategy and that more users will grow to appreciate opportunities and efficiencies that messaging apps can provide outside of traditional people-to-people communications.

“For the last 150 years there were two books delivered to your doorstep,” Chudnovsky said, referring to the whitepages, a people directory, and the yellow pages, a directory of businesses. “Messenger is already a people directory. What we need to do is add a business directory to it.”

Advertising, which is Facebook’s core business and source of revenue, will play an important role in bringing more people and businesses together on Messenger, he said. “Facilitating that in the messaging environment is something that we think is going to be the future here as well.”

When Facebook introduced an API for developers to build purpose-driven bots in Messenger last year it gained tremendous hype. That led to almost immediate and sustained criticism about the capability and viability of bots overall, but Facebook now is trying to reframe how bots are perceived by the public and somewhat downplay their utility.

“We’ve tried to be careful in terms of how we will be talking about bots,” Chudnovsky said. “Everyone expected a human-like conversation which was hard for developers to do. Expectations were high and that led to some people’s disappointment.”

Bots were never the end goal for Facebook, but rather a means to an end, according to Chudnovsky. “The plan was always to connect people and businesses, and in many cases there is no bot needed.” The user who bought solar panels on Messenger in Asia never engaged with a bot, for example, he said. Businesses can build bots to increase efficiency, particularly on simple questions such as hours of operation.

“They’re just a tool, they’re not necessarily an end,” he said. “When you start thinking about them this way, they’re not a disappointment necessarily. From that standpoint it’s a completely different story and that’s what seems to be working right now.”

What’s next for M, the human-powered AI assistant

M, which Chudnovsky describes as a human-powered artificial intelligence assistant, is also a bot-like interface that Facebook has been developing and piloting with a smaller user group for almost two years. Last month Facebook announced that M is becoming a platform in its own right and select developers are starting to build upon that framework.

[ Related: Facebook M virtual assistant could be all about ads ]

“The plan with M was that we can’t yet do everything perfectly for everybody so we’re going to do everything for a small group of people,” Chudnovsky said. When M is enabled for all Messenger users it could eventually replace the more rudimentary or underperforming bots, he added.

M is purely text-based, which makes it stand out and seem less advanced than personal assistants from Amazon, Apple, Google and others that operate via voice. Chudnovsky described a three-step funnel to explain why Facebook hasn’t jumped on the voice-controlled bandwagon of late. Voice introduces complexities and uncertainties that will undoubtedly lead to lower quality outcomes, he said. Focusing on text recognition and delivering suggestions based on specific requests also gives M the ability to not react when it doesn’t understand the user’s request.

“If you don’t have to act on voice every single time — when M cannot make a suggestion it doesn’t make any suggestions because it doesn’t know what’s going on,” Chudnovsky said. “We don’t want to go in the world where we teach people what we can’t know and do well. We want to do whatever we do very well and build up. Otherwise we’re going to be in a world where people very quickly realize certain things that we don’t do well yet and then they may not give us another try.”

Finally, when Chudnovsky was asked if Messenger will eventually incorporate voice control into the M assistant, he confirmed that to be the case without providing any further detail. “Voice eventually,” he said.