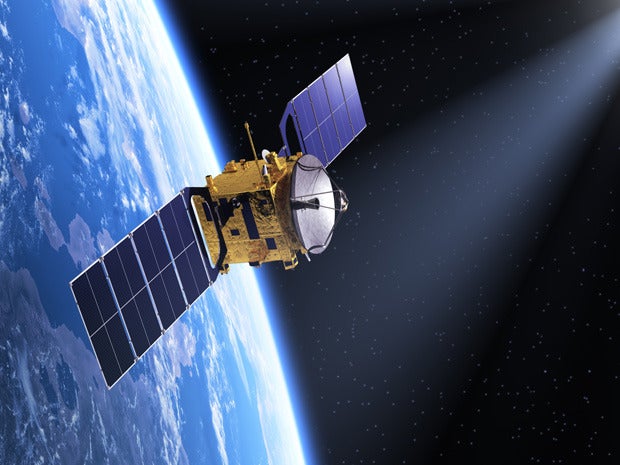 As lawmakers turn their attention to ways to boost the expansion and adoption of high-speed broadband networks, SpaceX is urging them to look to the sky.

A senior official at the company best known for its rocket launches offered a detailed blueprint of SpaceX’s ambitious plan to blanket the sky with more than 4,000 satellites to provide affordable, ubiquitous broadband service with speeds that would rival commercial fiber networks.

“These will provide high-speed, low-latency and affordable broadband to the underserved and unserved populations throughout the United States and abroad,” Patricia Cooper, SpaceX’s vice president of satellite government affairs, told members of the Senate Commerce Committee this week. “This is an ambitious but vital objective.”

Cooper’s testimony came as lawmakers are contemplating sweeping legislation aimed at boosting the nation’s infrastructure, a bill that would likely include provisions to shore up roads and bridges, but also to spur greater deployment of high-speed broadband networks, particularly to rural and remote areas where rugged terrain and low population densities have kept ISPs away.

At Wednesday’s hearing, witnesses offered suggestions for regulatory relief to help accelerate and ease the burden of new deployments, and recommended that Congress prioritize broadband in areas with no broadband service over underserved areas with limited availability.

[ Related: Google may invest in SpaceX for Internet through satellites ]

But SpaceX is thinking bigger, pitching what it’s calling a satellite constellation of 4,425 densely clustered and intelligent satellites that would connect terminals located on a subscriber’s roof with terrestrial internet service.

“In doing so, we’ll be able to bring services to homes, schools, or businesses with just a rooftop terminal a bit larger than a laptop,” Cooper says. “In short, adding a new user will just require minimal ground infrastructure, helping to address that last mile and alleviating the common terrestrial challenges of siting, digging trenches, laying fiber and dealing with property rights.”

How the feds can help

SpaceX is anticipating launching its initial broadband satellite deployment in the next five years, but is also appealing for support from the government with policies that would help make the service that it is envisioning viable.

Regulations governing satellite broadband service at the Federal Communications Commission are in “desperate need of modernization,” Cooper says. She is encouraged that the FCC has undertaken a review of those rules, but is calling on Congress to monitor that process and “press for new rules that encourage innovation and reward spectrum-efficient” satellite technology. SpaceX is also hoping to gain access to more spectrum to build out the capacity of its satellite constellation.

Similarly, SpaceX is looking for an update of the various regulations that govern commercial satellite launches from both the FCC and the Federal Aviation Administration.

Central to SpaceX’s pitch is the promise that its satellite service will be a viable alternative to fiber-based broadband networks, which has proved challenging for existing satellite providers.

A new kind of satellite broadband

SpaceX is trying to shake off the stigma of slow speeds and unreliable service that has dogged satellite internet service, particularly as Congress mulls legislation that could offer incentives for broadband providers to build out their networks.

“We ask Congress to ensure technology neutrality when assessing broadband infrastructure initiatives, generally,” Cooper says. “In the past satellite was largely overlooked as a technology, even though it offers the widest geographic reach. Given the promise of the next generation of satellite broadband, we urge that satellite be qualified alongside with their analogs with terrestrial and mobile systems in any broadband program.”